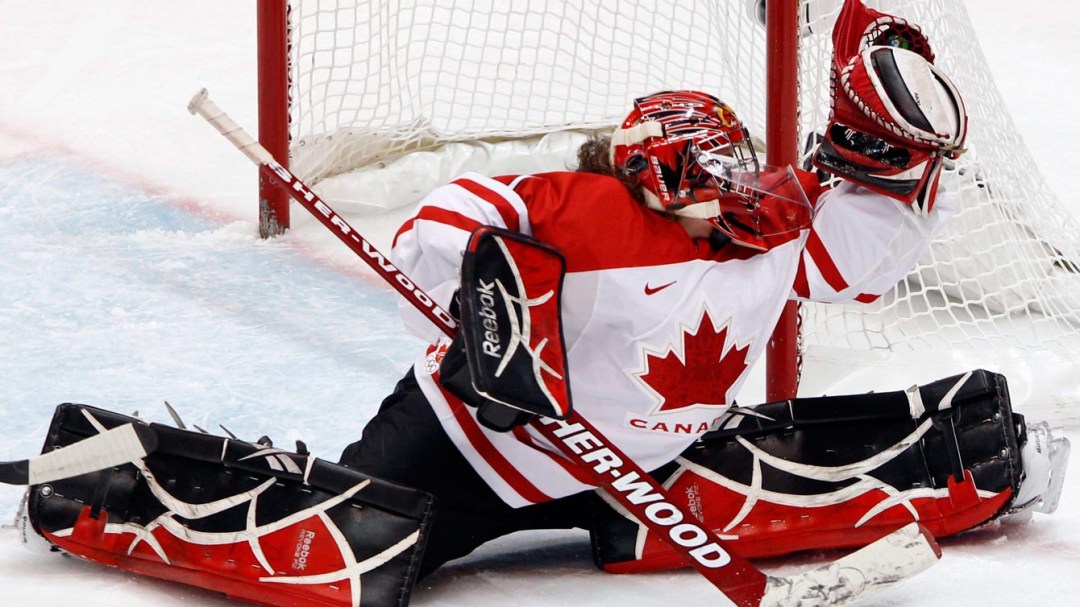 Having grown up playing most of her hockey with and against boys, Shannon Szabados joined Canada’s National Women’s Team in 2006. In her debut wearing the maple leaf on November 7, she recorded a 3-0 shutout win over the United States. Szabados would be the alternate at the 2008 IIHF Women’s World Championship before officially suiting up in 2009. Szabados started three games at the Vancouver 2010 Olympic Winter Games, where she allowed just one goal on 51 shots. She earned a shutout in the gold medal game victory over the United States. Her tournament-leading 98.04 save percentage led to her being named the top goaltender by the directorate and she was also named to the media all-star team.

In her second Games at Sochi 2014, Szabados was statistically the top goaltender, recording a 95.38 save percentage and 0.96 goals against average in her three games played, including both the semifinal and gold medal victories. That trend continued at PyeongChang 2018 where she led with 94.94 save percentage and was second with a 1.20 goals against average as Canada won the silver medal.

In 2002 Szabados appeared in four exhibition and one regular season game for the Tri-City Americans making her the first woman to play in the Western Hockey League. She went on to play in the Alberta Junior Hockey League before starting her post-secondary career. While a student at Grant MacEwan University, she was named MVP of the men’s hockey team in 2010-11. The following season she became the first woman to play for the men’s hockey team at the Northern Alberta Institute of Technology (NAIT). In 2012-13 she led NAIT to its first Alberta Colleges Athletic Conference championship title in 16 years. After Sochi 2014, Szabados signed with the Columbus Cottonmouths to become the first female player in the South Professional Hockey League. She remained with Columbus for the next two seasons and on December 26. 2015 became the first female goaltender to record a shutout in a men’s professional league.

Szabados began the 2016-17 season with the SPHL’s Peoria Rivermen before being released and signing with the Fort Saskatchewan Chiefs of the Chinook Hockey League. She rejoined the National Women’s Team in the fall of 2016 and played more than 248 minutes at the 2017 World Championships where Canada won silver.

A little more about Shannon

Getting into the Sport: Started playing hockey at age five… Loved watching the game with her father so one day she asked if she could play… Outside Interests: Enjoys fishing and camping during the off-season… Odds and Ends: Supports the Alberta Cancer Foundation, getting sponsors to donate one dollar for every save she makes each year, which has raised more than $10,000… Grew up idolizing Edmonton Oiler Bill Ranford and attended his goalie schools…