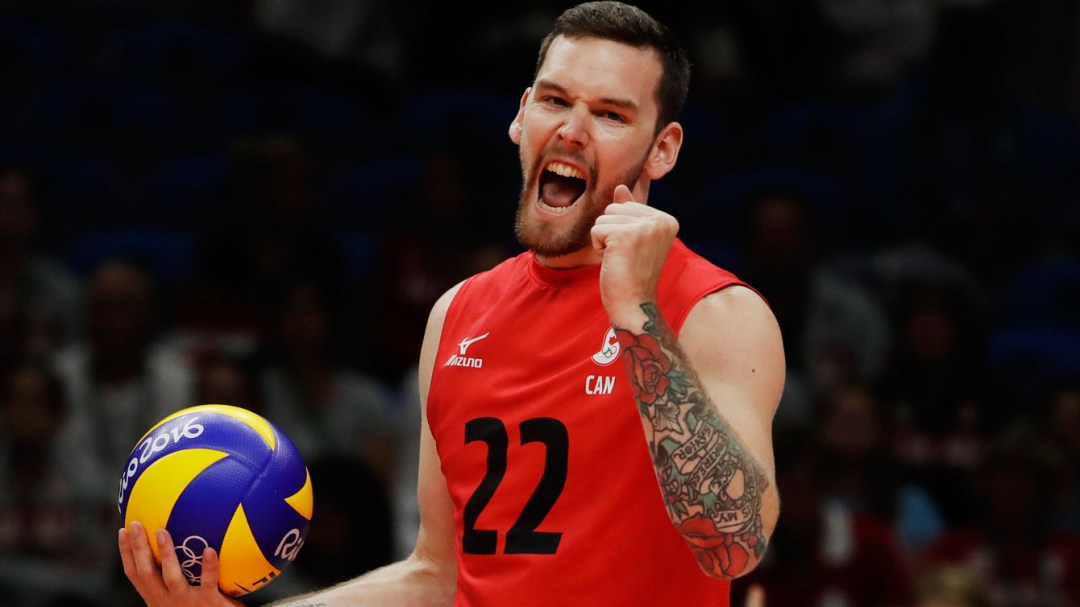 Steven Marshall had just nine caps to his credit when he competed at the 2014 FIVB World Championships, making him the least experienced member of the team that finished a best-ever seventh. He had just joined the national A team in 2014, after being on the B team in 2012. But Marshall was no international rookie, having competed at the 2007 Under-19 and 2009 Under-21 World Championships in beach volleyball.

After his breakthrough in 2014, Marshall stayed on with the national team in 2015 contributing to a bronze medal at the Pan American Games in Toronto and a gold medal at the NORCECA Continental Championship. In 2016 he helped Canada win the FIVB World League Group 2, earning the team a spot in the elite Group 1 in 2017. Marshall was a key piece of Canada’s 2016 Olympic team, helping them to a fifth-place finish while beating eventual silver and bronze medalists Italy and the United States in the preliminary round.

While playing overseas in Berlin, Marshall suffered a serious injury in February 2017, tearing three ligaments and fracturing his ankle when he landed on a teammate’s foot. He returned to the court just six weeks later, despite the ankle not feeling 100 per cent. It affected him throughout the 2018 pro season as well as when he rejoined the national team that summer. An MRI showed that he still had a bone chip floating in his ankle, so in August 2018 he left the national team to have the medical staff of his Berlin club start a rehab program. He did not need surgery and the bone chip reattached, but it has led to lingering issues with mobility and arthritis.

During his injury-plagued stretch with the national team, Marshall still helped Canada earn their best-ever finish at the FIVB World League in 2017, a bronze medal. He was also a member of the Canadian team that took home two consecutive bronze medals at the NORCECA Continental Championships in 2017 and 2019. He helped Canada to top-10 finishes at the 2018 FIVB World Championship, the 2018, 2019 and 2021 FIVB Nations League, and the 2019 FIVB World Cup. Marshall was also part of an eighth-place finish at Tokyo 2020 as Canada made it to the quarterfinals.

Marshall played two years of indoor volleyball at Trinity Western University, capped by TWU’s loss to Calgary in the CIS national final in 2010, before deciding to pursue a professional beach volleyball career. But after realizing that volleyball was not all he wanted to do in life, he regained his academic eligibility and returned to TWU, helping the Spartans win the CIS national title in 2011-12. He turned pro for good in 2014, first in Poland, then Germany, where he would win back-to-back Bundesliga titles with Berlin Volleys in 2017 and 2018. He then played a season each in Turkey and Greece before joining French club Chaumont Volley-Ball 52 in 2021.

A Little More About Steven

Getting into the Sport: Started playing competitive volleyball at age 15… Went to a small high school where he was asked to play on most sports teams because he was an athletic kid… Joined his first club team after grade 10… First knew he wanted to compete for Canada in volleyball while watching a replay of the 2005 World League Final and was in awe of the level of play between Brazil and Serbia & Montenegro… Outside Interests: Enjoys golfing, playing beach volleyball…  Attended Douglas College in 2007-08… Attended Trinity Western University in 2008-10 and 2011-13… Odds and Ends: Grew up admiring Brazilian receiver Giba for his style and skill… Favourite motto: “Start again”, the simple reminder that he needs to prove himself each and every day…

Shanice Marcelle joined the national youth volleyball team in 2006 and competed at that year’s NORCECA Youth Championship before taking...