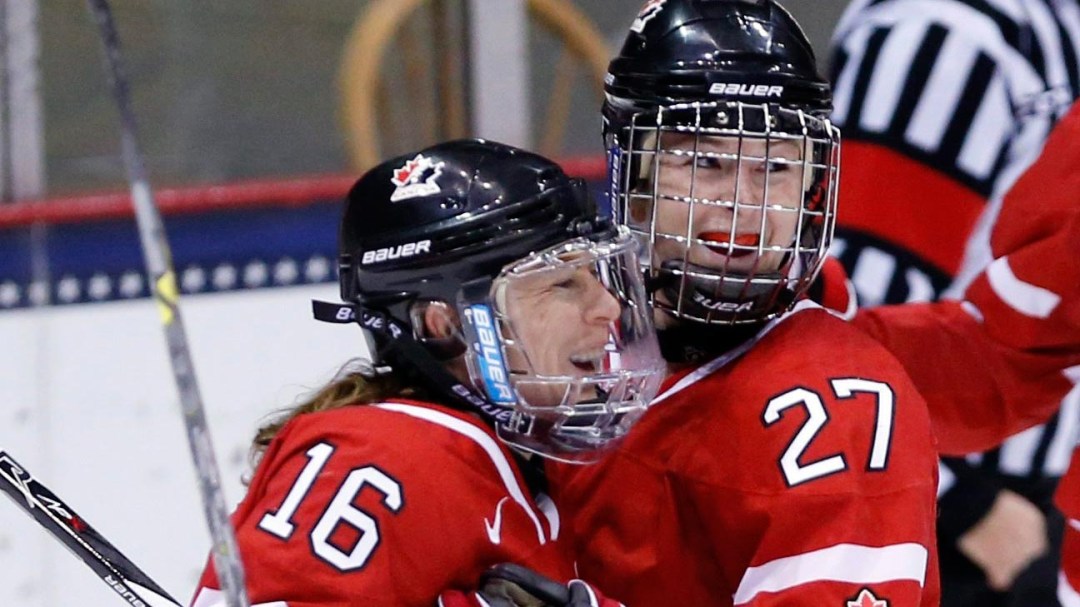 Watchorn began her collegiate career at Boston University in 2008-09. As a sophomore in 2009-10, she scored the overtime winner in the title game as Boston won its first ever Hockey East conference championship. In 2010-11 she helped Boston reach the championship game of the NCAA Frozen Four.

After graduation in 2012 she was drafted by Alberta of the CWHL and finished second on the team in regular season scoring in 2012-13.

Getting into the Sport: Started playing hockey at age four… Her brother played and she was drawn to the atmosphere of the game… Outside Interests: Enjoys playing other sports and hiking… Graduated from Boston University in 2012…Odds and Ends: Nickname: Watchy… Had her Olympic dream sparked while watching the women’s hockey team win gold at Salt Lake City 2002… Always travels with an Irish oven mitt… Favourite quote: “Two roads diverged in a wood and I – I took the one less travelled by, and that has made all the difference.” – Robert Frost…