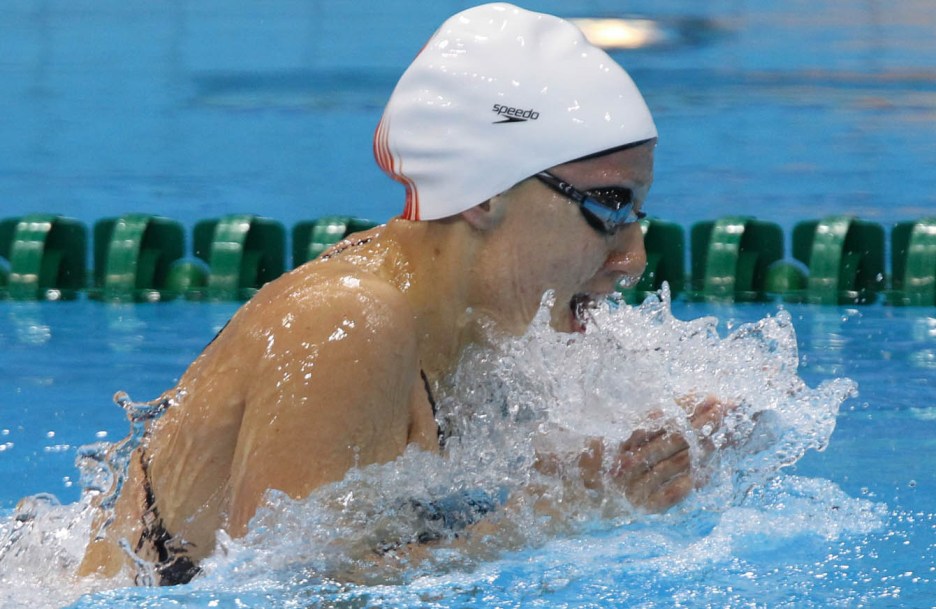 Tera Van Beilen admits she used to have excessive dreams about making the Olympic team. Those dreams became reality in 2012 when she got as close as she could get to advancing to the 100m breaststroke final in London, losing a swim-off for the eighth spot in the final to Jamaica’s Alia Atkinson. Van Beilen also competed in the 200m breaststroke after winning the event at the Canadian Trials, knocking world record holder Annamay Pierse off the Canadian Olympic team in the process. Van Beilen had competed at the inaugural Youth Olympic Games in 2010, winning three medals including gold in the 100m breaststroke. Her multi-sport competition experience includes the 2011 and 2013 Universiades, where she won a pair of silver medals in her first appearance. Van Beilen made her FINA World Championship debut in 2013. She has been part of four straight CIS championship teams with the UBC Thunderbirds.

Family: Parents Harry and Sharon Van Beilen… Older brother Nathan… Younger sister Marya… Uncle Wayne Van Dorp is a former NHL player… Cousin Joel Reinders is a CFL offensive lineman… Getting into the Sport: Learned to swim at age 5 in the backyard pool because she was a chubby child… Started swimming competitively at age 9… Was disqualified from her first meet for moving her toes… Outside Interests: Kinesiology major at the University of British Columbia… Enjoys baking and cooking… Played piano for 10 years… Odds and Ends: Nicknames: Teddy, TVB… Athlete ambassador for KidSport… Collects magnets during her travels… Favourite motto: Do my best, let God do the rest… Likes to eat yogurt-covered raisings before competing… Has a maple leaf tattoo on her toe, making it the last thing she sees before diving off the blocks…

Breaststroke specialist Jason Block was a dominant swimmer during his five-year undergraduate career at the University of Calgary, winning 11...