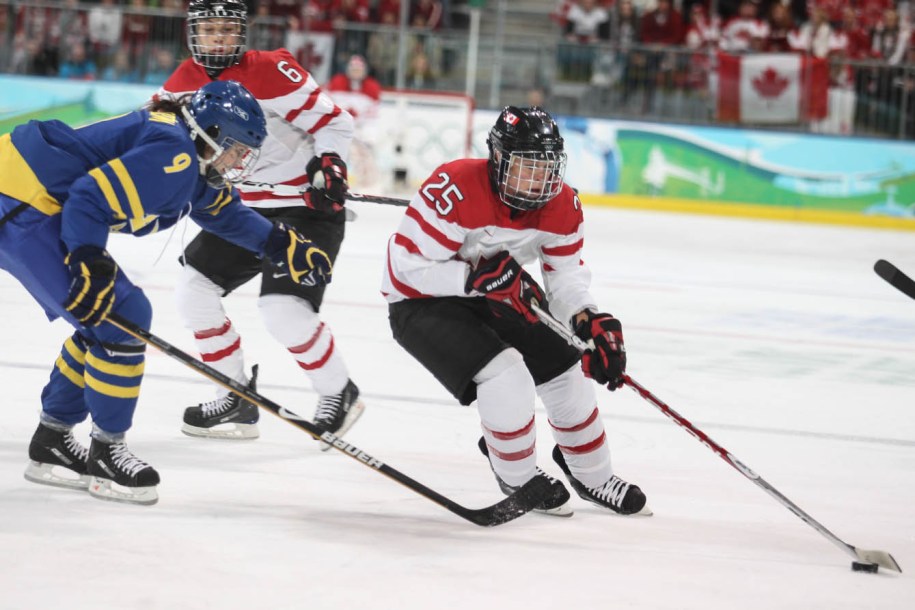 A member of the National Women’s Team since 2004, Tessa Bonhomme made her Olympic debut at Vancouver 2010 where she helped Canada win a third straight gold medal. In 2013 she competed at her fifth IIHF World Women’s Championship, winning the silver medal. Bonhomme had previously won gold in 2007 and 2012 along with silver in 2009 and 2011.

When not playing for the national team, Bonhomme plays defence for the Toronto Furies of the Canadian Women’s Hockey League. Serving as captain, Bonhomme helped the team to the Clarkson Cup playoffs the last two seasons. She completed her collegiate career at Ohio State University in 2007-08 where she majored in speed pathology and was a finalist for the Patty Kazmaier Award given to the NCAA’s top female hockey player.

Since Vancouver 2010, Bonhomme has competed on two reality television shows, Wipeout Canada and CBC’s Battle of the Blades on which she won the 2012 edition with Olympic gold medallist figure skater David Pelletier.