• Finished third in 2017 and second in 2018 in 50m rifle three positions at the Canadian Championships
• First represented Canada internationally at the 2018 Continental American Championships, placing in the top 20 in three events and earning a Pan Am Games quota spot for Canada

A LITTLE MORE ABOUT TOMMY

Getting into the Sport: Started shooting in cadets at the age of 12… Began shooting Olympic style in 2012 when he was 20 and joined the national team in 2013… 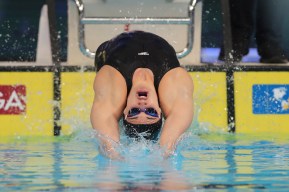 Cindy Luk had a personal best performance in the 50m rifle three positions event at the 2018 Continental American Championships,…

Shannon Westlake competed in her first major multi-sport Games at TORONTO 2015, where she finished in 18th in the 50m…