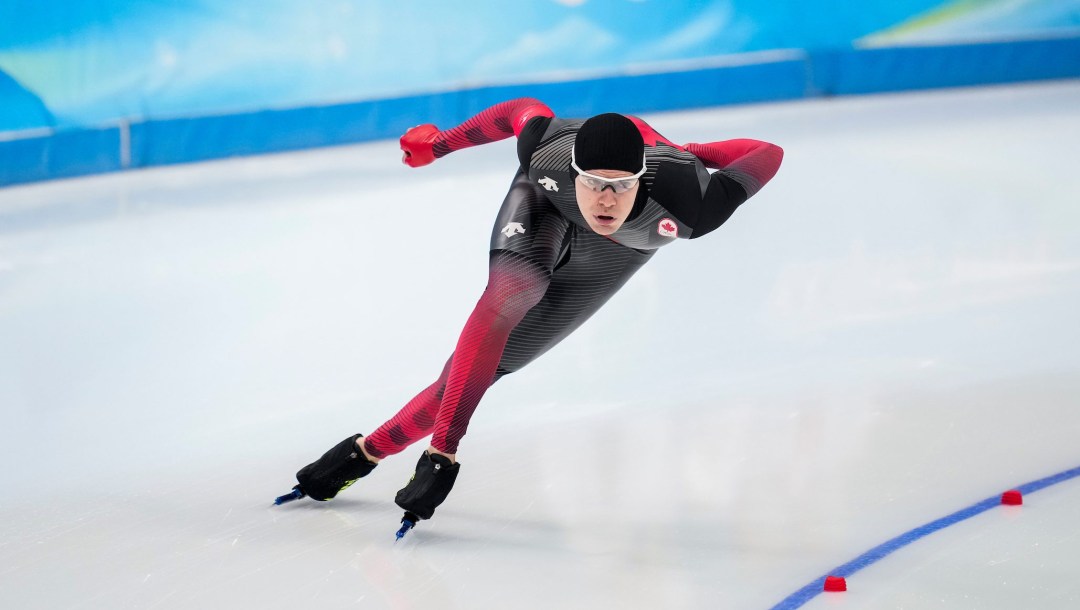 Langelaar started the 2018-19 season by winning the neo-senior 1000m and 1500m, as well as a silver in the 3000m, at an ISU Junior World Cup in Poland. He competed in his first senior ISU World Cup events in February 2019 and was an alternate for the 2019 World Single Distances Championships.

He joined the World Cup team full time in 2019-20. At the World Cup Final in Heerenveen in March 2020, Langelaar finished fourth in the 1500m to help him finish the season ranked sixth overall in the distance. He had won his first World Cup medal, a bronze, in December 2019 as a member of the team pursuit in Nagano.

After not competing in the bubble in Heerenveen in January and February 2021, Langelaar returned to international competition in the fall of 2021 after setting personal bests in the 500m and 1000m at the Canadian Long Track Championships. Langelaar made his Olympic debut at Beijing 2022 where he competed in the 1500m and was part of Canada’s fifth place finish in the team pursuit.

A Little More About Tyson

Getting into the Sport: Started speed skating at age 7 after watching fellow Winnipegger Cindy Klassen win five medals at Turin 2006… Almost quit after his first season but on the last day to register for his second year, he and his dad rushed to the rink to sign up… Knew he wanted to be an Olympian after watching Canada’s men’s team pursuit win gold at Vancouver 2010… Outside Interests: Ambassador for KidSport… Studying part time at the University of Calgary… Enjoys golfing, ultimate frisbee, cycling, running, in-lining… Odds and Ends: Favourite motto:  “Today I will do what others won’t, so tomorrow I can accomplish what others can’t” – Jerry Rice… Will only wear one specific model of racing glasses… Skated with Team Manitoba at the 2015 and 2019 Canada Winter Games… Received the Roland Michener Award at the 2019 Canada Games, given to the athlete who exemplifies leadership, cooperation, and excellence…