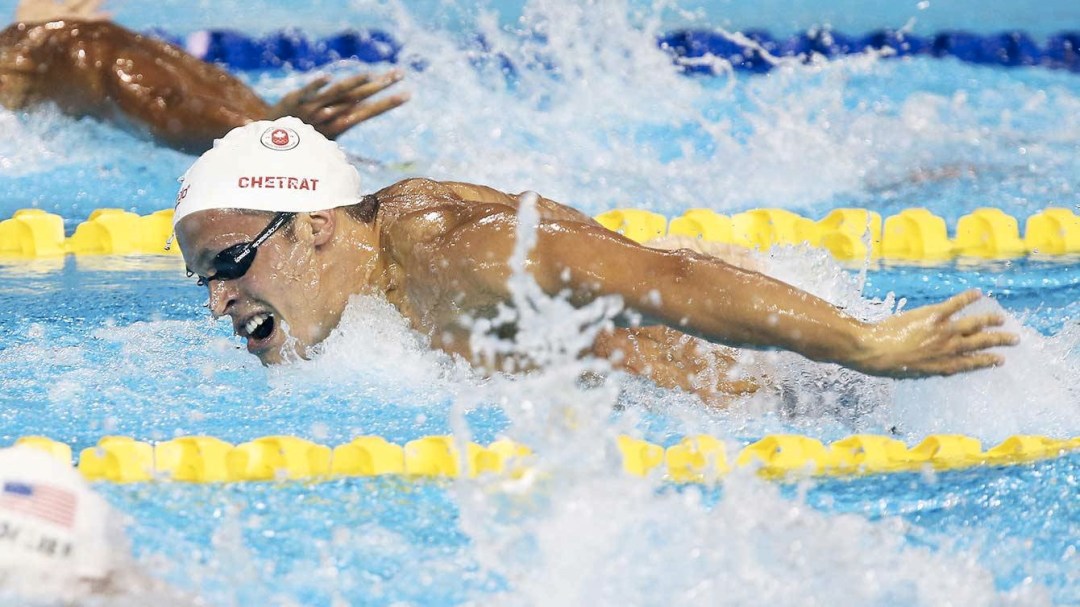 At the 2015 Pan Am Games, Zack Chetrat stood on the podium with a bronze medal in the 200m butterfly, taking down a five-year-old a national record in the process. He was later upgraded to silver following a doping disqualification by a Peruvian competitor. Chetrat missed qualifying for the 2012 Olympic team in the 200m butterfly by just two-hundredths of a second (0.02), motivating him to push himself even higher. In 2013 he was named to the FINA World Championship team where he missed advancing to the semifinals of the 200m butterfly by two spots. He also competed at his third Universiade in 2013, reaching the final of the 200m butterfly as he continually improved on his previous results. Chetrat previously represented Canada at the 2010 Pan Pacific Championships after upsetting then-national record holder Stefan Hirniak in the 200m butterfly. Chetrat enjoyed a dominant CIS career while at the University of Toronto. In 2014 he became the first Varsity Blues student-athlete to be named Male Athlete of the Year three times. During his five years at U of T, Chetrat was a five-time OUA All-Star and four-time CIS All-Canadian. He also won five straight CIS titles in the 200m butterfly.

Family: Parents Jamal and Susan Chetrat… Brother Adam… Getting into the Sport: Started swimming lessons at age 9… Was disqualified from his first ever race, a 25m breaststroke, for an illegal dolphin kick… Outside Interests: Graduated from the University of Toronto in 2014 with a degree in Economics and Political Science… Candidate in the Chartered Financial Analyst Program… Enjoys reading and biking… Started a swimming clinic and does private coaching… Odds and Ends: Favourite motto: “You don’t fail until you stop trying”… Nickname: Chit Chat…

Audrey Lacroix participated at her second consecutive Olympic Games and finished 12th in the 200m butterfly event in London. She…