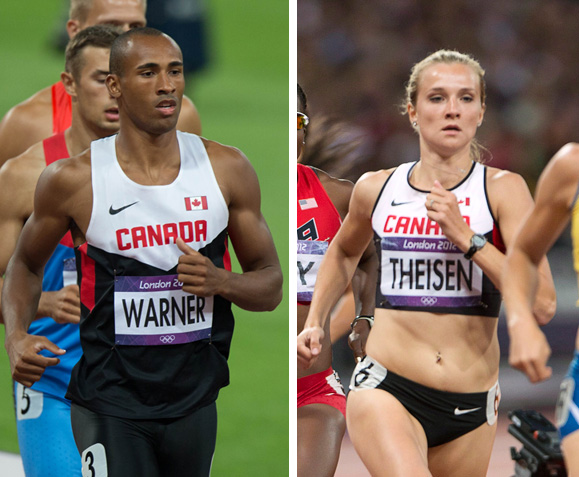 Athletes of the Week: Brianne Theisen and Damian Warner

Brianne Theisen and Damian Warner made a little history this past week with victories in the heptathlon and decathlon at the Hypo-Meeting in Götzis, Austria. The last time two athletes from the same country swept the Hypo-Meeting was in 1988 when a pair of East Germans took the titles.

Theisen set a world-leading score for 2013 of 6376 points, just 64 points shy of her personal best.  Among those she defeated was Tatyana Chernova, the reigning world champion and two-time Olympic bronze medallist from Russia.

Warner’s score of 8307 is the third-best in the world this season, but 135 points shy of the personal best he set to finish fifth at London 2012. He did not have to battle Olympic champion and world record holder Ashton Eaton of the United States, also Theisen’s fiancé, who withdrew before the start of competition due to a minor injury. Warner recorded personal bests in the high jump and javelin en route to the victory. The Hypo-Meeting is one of the world’s most prestigious combined events competitions, pre-dating the IAAF World Championships first held in 1983 by eight years. A who’s who of the heptathlon and decathlon have won at Götzis in the past, with the Mosle Stadium known as the temple of combined events. The last Canadian to win was Michael Smith in 1996, who had also won in 1991.

Both Theisen and Warner have achieved the A qualification standard  for this summer’s IAAF World Championships to be held in Moscow, August 10-18. They need to achieve a top-three finish at the Canadian Championships in Moncton, June 20-23, to secure their spots on the world championship team. 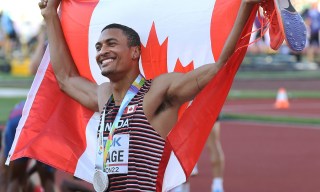