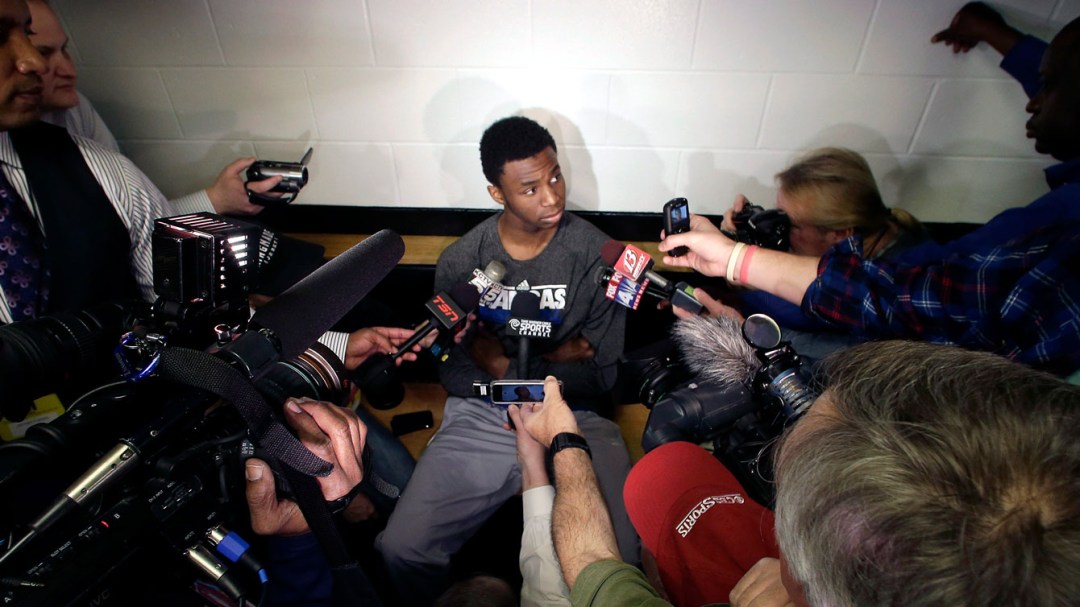 A press conference held Monday afternoon at University of Kansas revealed Wiggins’ decision which surprised no one, but officially nudged the discussion ahead on the exciting 19-year old forward’s future as a potential NBA superstar.

"I want to thank everyone for being here and supporting my decision…” – Andrew Wiggins #kubball pic.twitter.com/rtx4PApzfw

Wiggins is in the running for first overall selection, which (if it happens) would mark back-to-back years that a Canadian was selected with the top pick in the NBA draft. In 2013, Cleveland Cavaliers took Brampton, Ontario’s Anthony Bennett at the top of the draft order.

Wiggins, from Vaughan, Ontario, had a strong start to the upset-ridden NCAA tournament that’s currently engulfing sports enthusiasts across North America, but his Kansas Jayhawks exited March Madness earlier than expected after a sloppy 60-57 loss against lower seeded Stanford.

During his only college season, Wiggins averaged over 17 points and six rebounds per game.

“He’s a humble, unselfish, team-first guy. He’s been an unbelievable ambassador to our program.” – @CoachBillSelf on #Wiggins #kubball

NBA teams likely to land Wiggins – unless an organization trades up to be in the mix – include Milwaukee Bucks, Philadelphia 76ers, Orlando Magic, Utah Jazz and two illustrious sides, Boston Celtics and LA Lakers. These teams are near the bottom of the NBA standings and along with others missing the playoffs, will enter a lottery system to select top players eligible to be drafted on June 26.

Other high profile Canadians to look for in the draft so far to date, include Syracuse guard Tyler Ennis and Iowa State forward Melvin Ejim. 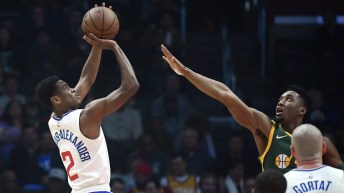 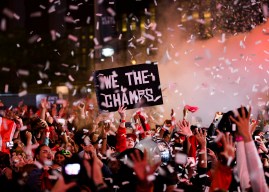