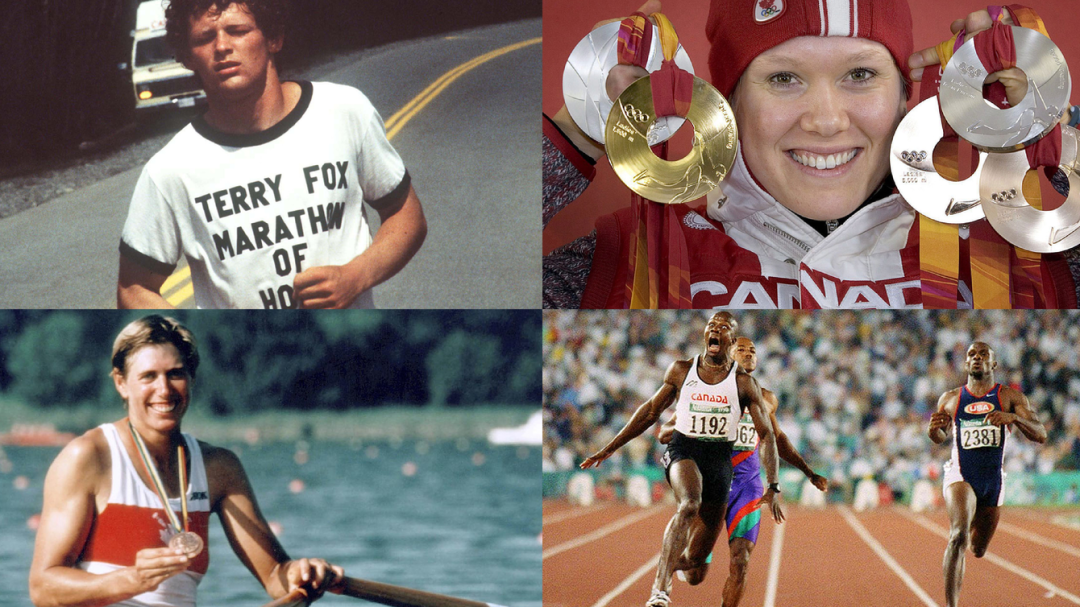 During the month of September, Olympic.ca will be exploring “What makes the perfect athlete?” The goal is not to craft a definitive answer, but to acknowledge great athletes and achievements in sport – Canadian and international – throughout the month and welcome fans to discuss their favourite heroes and moments.

READ: Top 10 all-time individual achievements in sport
READ: What is the most athletic sport?

Over the years, Canada has produced many unbelievable athletes that have accomplished some incredible individual athletic feats.

Here is a list of some of the most amazing individual athletic achievements accomplished by Canadians (in chronological order): At Amsterdam 1928, Percy Williams not only became the first Canadian to win the 100m, he also pulled off the golden double, winning the 200m. His victory in the 100m was so unexpected (despite having matched the Olympic record twice) that the medal presentation had to be delayed while the sheet music for the Canadian anthem was found. It started on April 12, 1980 in St. John’s, Newfoundland. It ended 143 days and 5373 kilometres later outside Thunder Bay, Ontario, after running on an artificial leg an average of 42 kilometres (the distance of a marathon) every day. Yet Terry Fox’s Marathon of Hope still lives on thanks to millions of Canadians following the example set by the 22-year-old who said before he began: “I’m not a dreamer, and I’m not saying this will initiate any kind of definitive answer or cure to cancer, but I believe in miracles. I have to.” Twelve years after he was paralyzed from the waist down, Rick Hansen set off on the Man in Motion World Tour. Two years, two months and two days later he had wheeled himself through four continents, 34  countries and across Canada, a total of 40,075 kilometres. Hansen, a multi Paralympic Games medallist, averaged 85km a day on the strength of 30,000 strokes and eight hours spent pushing. Some of the biggest figure skating jump breakthroughs have come from Canadians, including Donald Jackson’s first triple Lutz in 1962 and Vern Taylor’s first triple Axel in 1978. At the 1988 World Championships in Budapest, Kurt Browning forever changed the face of the sport when he landed the first ever “quad”, the toe loop. The four revolution jump is now a must-have for any man wanting to win Olympic gold. Silken Laumann had won the 1991 World title by more than three seconds, making her the overwhelming favourite for Olympic gold in Barcelona. But on May 16, 1992, just 73 days before she was scheduled to compete, her boat was rammed by a German pair shell. A piece of wood had gone into her lower right leg, leaving Laumann with a broken bone, cut calf muscles and extensive nerve and tissue damage. After multiple surgeries but still requiring a cane to walk, Laumann came from behind in the final 100m to win the Olympic bronze medal. First, he set the world record at 9.84 seconds to win the 100m. A week later he anchored the Canadian team to gold in the 4x100m relay. Donovan Bailey‘s individual mark still stands as the fastest ever by a Canadian. But the relay win is most notable because it meant the Americans lost. The only previous three Games at which the US competed and didn’t win it was because of disqualifications for a bad baton exchange.  At Atlanta 1996, the Canadians beat them fair and square. From November 1997 to February 2008 Jeremy Wotherspoon was the world’s most consistent sprint speed skater, earning an all-time men’s record of 67 World Cup victories, including 49 in the 500m. During that span he set the 500m world record three times, including the current standard of 34.03 seconds. He also broke the 1000m world record seven times. The image of Simon Whitfield breaking the tape to win the inaugural Olympic triathlon at Sydney 2000 is iconic, but it’s how he got the victory that is a most impressive feat. It started with a 1500m swim, followed by a 40km bike ride in which he was caught up in a multi-rider crash, forcing him to work to catch up to the leaders. In the final leg, the 10km run, Whitfield chased them down one by one before putting in a final kick in the closing 200m to sprint to the gold medal. There are many different accomplishments that helped earn Wayne Gretzky the nickname “The Great One”. The one that really stands out, however, is having registered more assists than any other player has points. Even if The Great One didn’t scored a single goal in his NHL career, he would still have more points than anyone ever. Good luck matching that mark, Sid! In her illustrious career, Catriona Le May Doan had many amazing accomplishments, but possibly her the greatest feat came in the 500m at Salt Lake City 2002 when she became the first Canadian athlete to repeat as the Olympic gold medallist in an individual event. Le May Doan was also the first woman to break the 38-second barrier in the 500m, which was the first of her record-setting eight consecutive world records in the distance. First came two bronze medals in road cycling at Atlanta 1996. Then came a speed skating bronze at Salt Lake City 2002, followed by a gold and a silver at Turin 2006. She capped her Olympic speed skating career with another bronze at Vancouver 2010. With that resumé, Clara Hughes put herself into the record books as the only athlete in the world to be a multi-medallist at both the Winter and Summer Games. Cindy Klassen was the “woman of the Games” at Turin 2006, where she became the first Canadian athlete to ever win five medals at a single Olympic Games (winter or summer). In collecting one gold (1500m), two silver (1000m, team pursuit) and two bronze (3000m, 5000m), Klassen also became the first female speed skater to reach the podium five times at one Games. He made his Olympic debut as a 25-year-old at Munich 1972. Four decades later Ian Millar set the all-time record for Games’ appearances by representing Canada for the 10th time. At age 65, he was the oldest competitor in the show jumping field, an event in which the three individual medallists weren’t even born when Millar made his first Olympic team.

Is there another feat that you think should have been on this list? Tell us your thoughts in the comments section below. 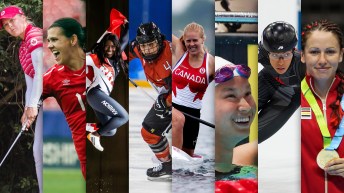 By winning the 100m and 200m at the 1928 Olympic Games in Amsterdam, Canada’s Percy Williams established himself as the…