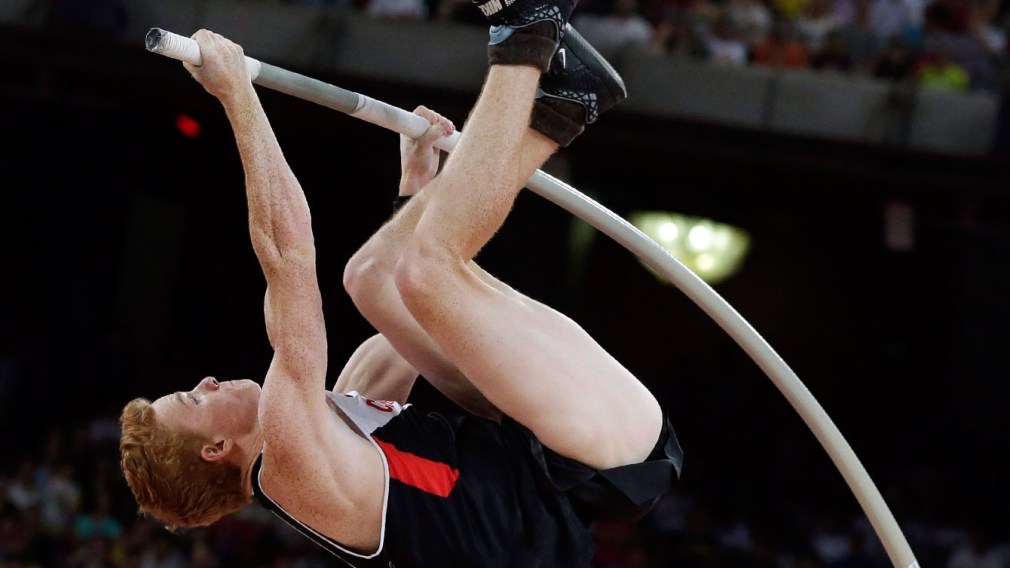 For part two, we go completely off the board and wade into the equipment used in sports you might hardly know.

According to this USC article pole vault “…requires an all-around athlete with the speed of a sprinter, the jumping abilities of a high jumper, and the strength of a thrower.” It’s one of the most singularly dynamic movements at the Olympics.

The materials in the main piece of equipment, a very long pole, partially dictate the skyward capabilities of pole vaulters. 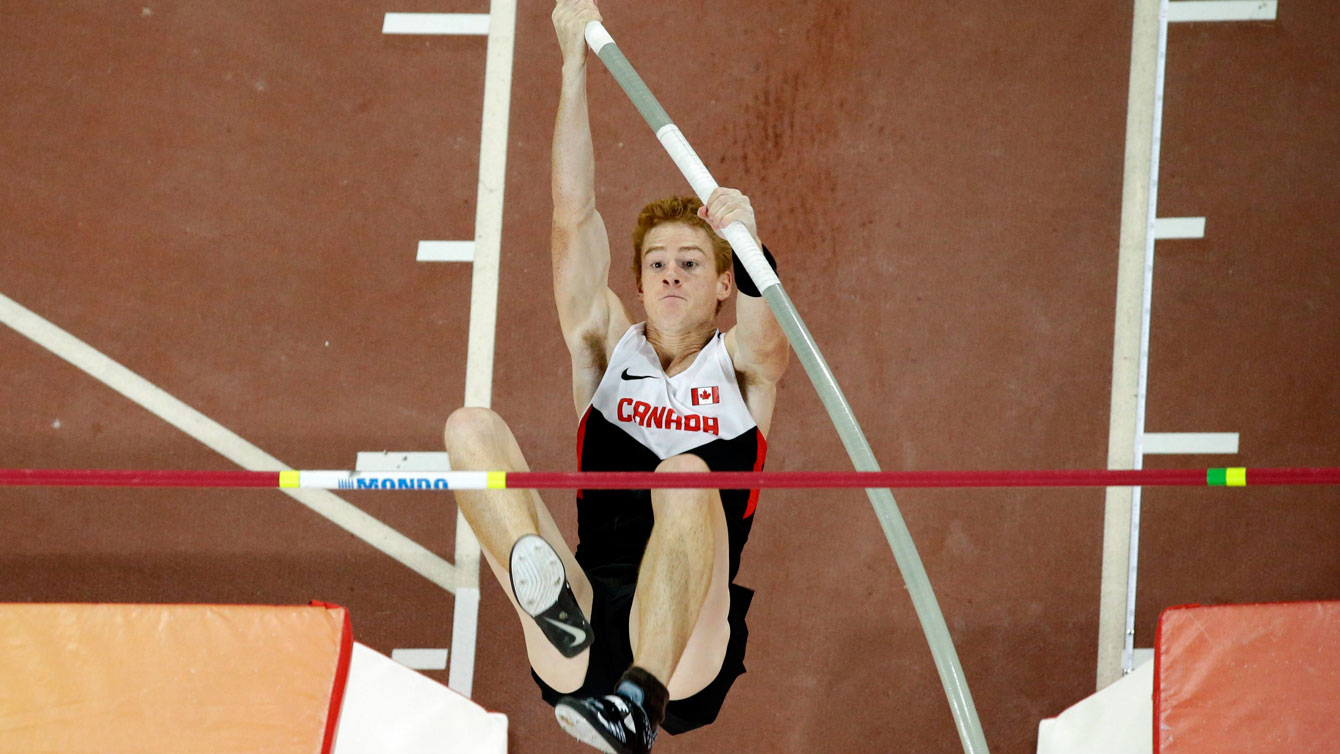 In the mid-19th century the poles were made of rigid hardwood. So much of the force generated during the approach was lost because the poles didn’t bend. Bamboo was next, and not much better. The men’s world record in 1942 was 4.77m with a bamboo pole.

Steel and aluminum were brushed aside quickly in the 1950s by fiberglass and carbon fibre. “These poles have become significantly more efficient at transferring and converting the vaulter’s energy,” according to the article, they are lighter so the vaulter can run faster, and they flex a considerable amount to store more energy and whip the athlete over the bar.

In the case of both fiberglass and carbon fibre poles the choice of length, flex number, and weight allowance is assigned based on the athlete’s body. Pole vaulting can be precarious and a major drawback of carbon fibre is that a small knick compromises the integrity and makes the pole prone to snapping, which obviously can be very dangerous.

The current men’s indoor world record, and the highest anyone – male or female – has ever jumped, is 6.16m by Renaud Lavillenie of France. Oh, it should be noted in addition to the correct pole years of training are also required.

The most stressed out person at a ski race is the wax tech. The choice of wax determines how easily the skis will glide and is impacted by conditions such as air temperature and snow type, which can obviously change quickly on race day. The strategies are meticulous, maniacal, or both. 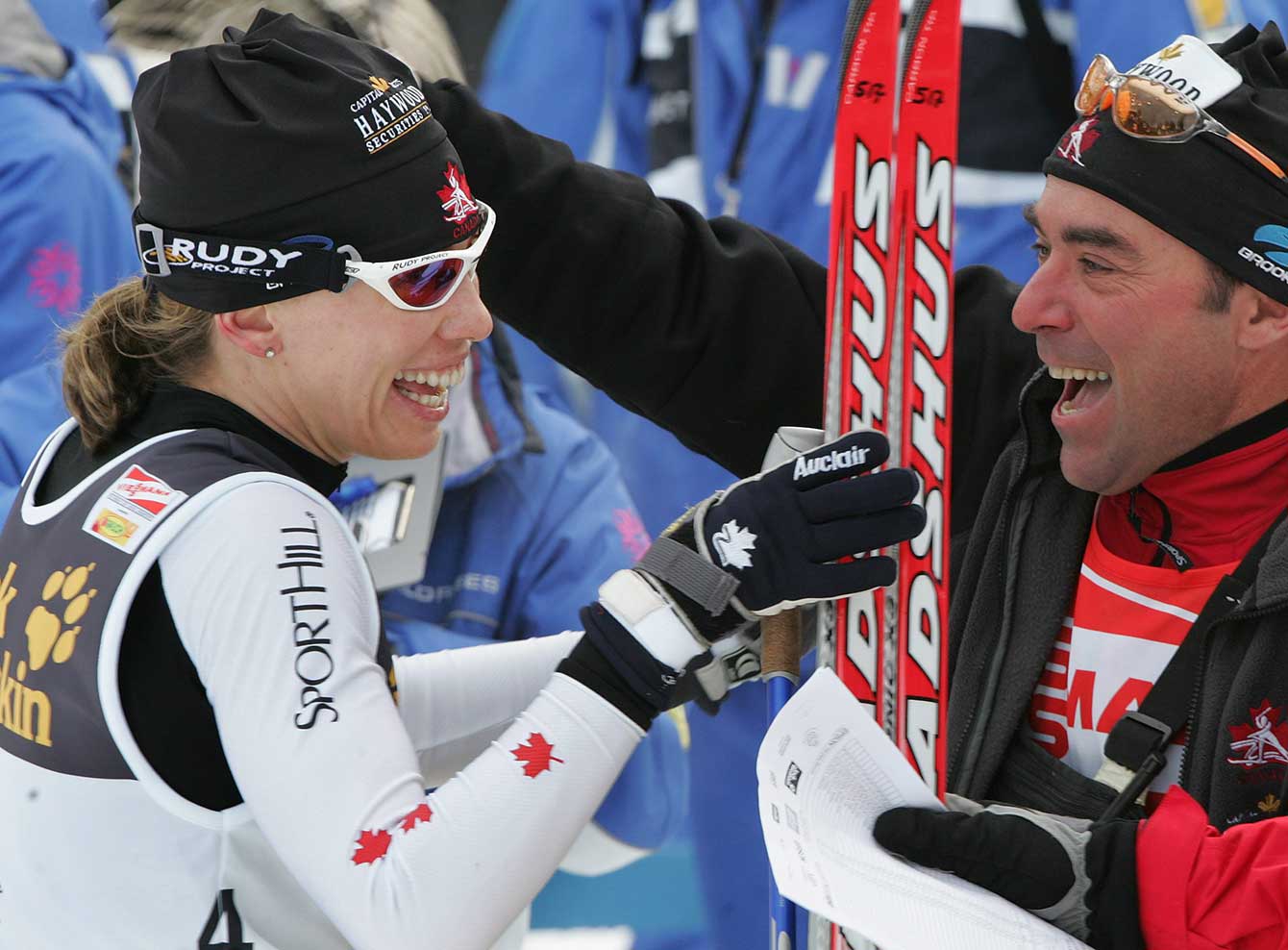 In the olden days it was basically voodoo magic to make and apply ski wax. According to Swix, a leading manufacturer, “tar, bicycle tires, beeswax and animal fat,” were used up until the 1940s. Today, it’s still mysticism, just with more tested waxes. During the 1940s Swix began using synthetic waxes.

By the 1980s fluorocarbons were being mixed with more traditional waxes. Yup, the stuff teflon is made of.

Carbon Fiber (or fibre in Canada)

The common thread in many equipment innovations is carbon fibre. Very simply, carbon fibre is thin strands of carbon ‘twisted together like yarn’ and woven ‘like cloth’. This super-strong and remarkably light ‘cloth’ are layered into moulds and coated with resin, like papier mâché.

It’s popular because it’s strong and light. And you probably perceive it to be expensive, because it is (or much more so at first). 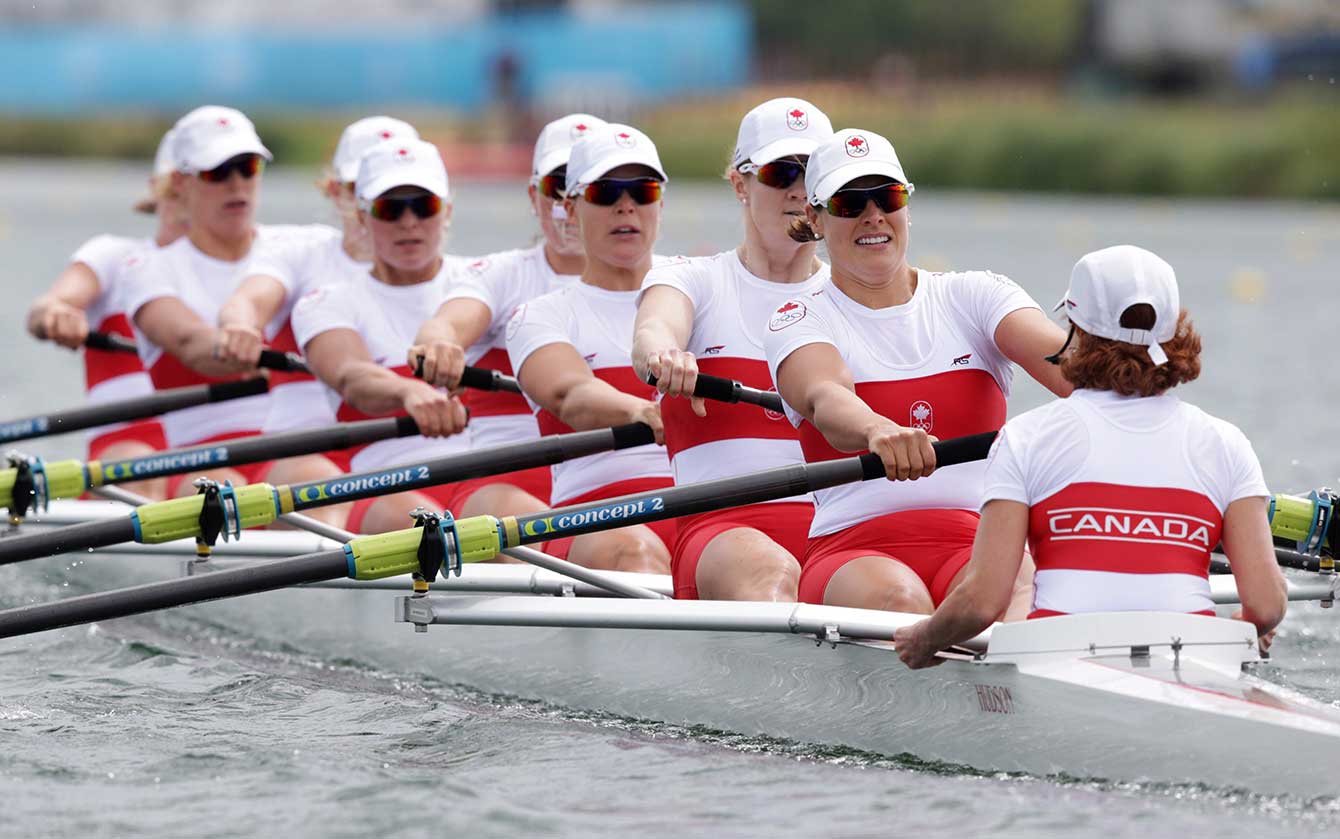 Pocock Racing Shells claims to have built an all carbon fibre monocoque racing shell as early as 1981. Now it’s all engineering. Hudson, a company in London, Ontario, leads the way for many Canadian Olympic rowers. They have a boat called the ‘Shark’, maybe the coolest name we found.

Carbon fibre is also the main ingredient in almost every racing bike: road, track, mountain, or BMX. And really anything that needs to be strong and light.

Skeleton has an outlaw appeal. It lacks the camaraderie of bobsleigh and the traditionalism of luge.

The racing sleds also tend to have a rogue element, not unlike skeleton helmets, where the athletes have a say in design. There are rules of course but skeleton sleds are always a combination of recent innovation and athlete preference.

Canadian Olympians Eric Neilson and John Fairbairn rejected the established manufacturers and turn to a local Calgary technical college for their Sochi sleds.

For a relatively small sport, the cottage-industry customization create a unique advantage for Neilson and Fairbairn who benefit from 3D imaging and hands-on design. Neilson calls the changes over the years ‘drastic’ and Fairbairn credits the sleds for certain World Cup performances.