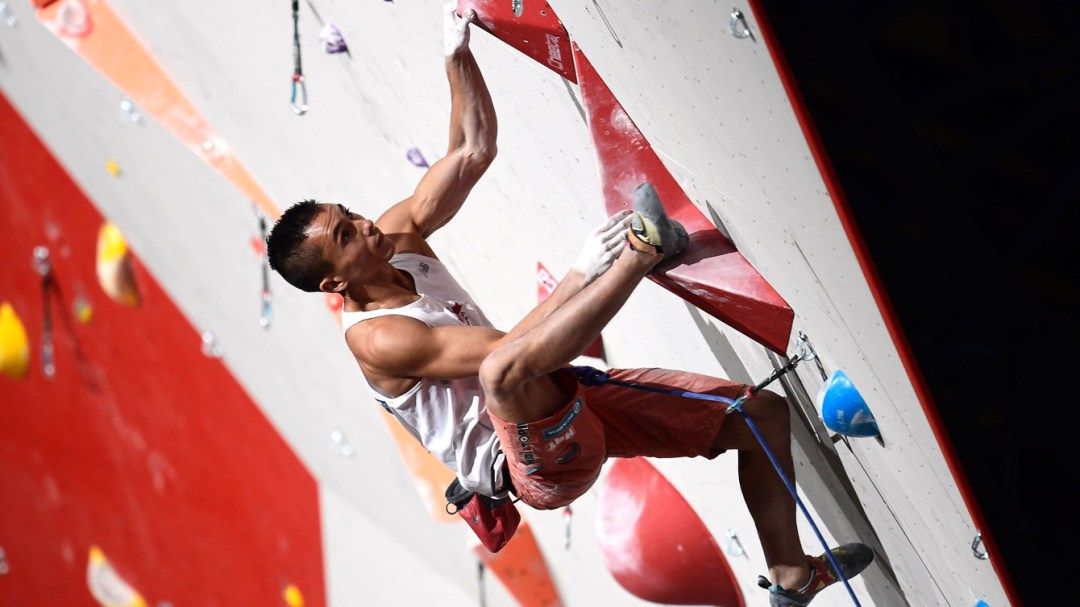 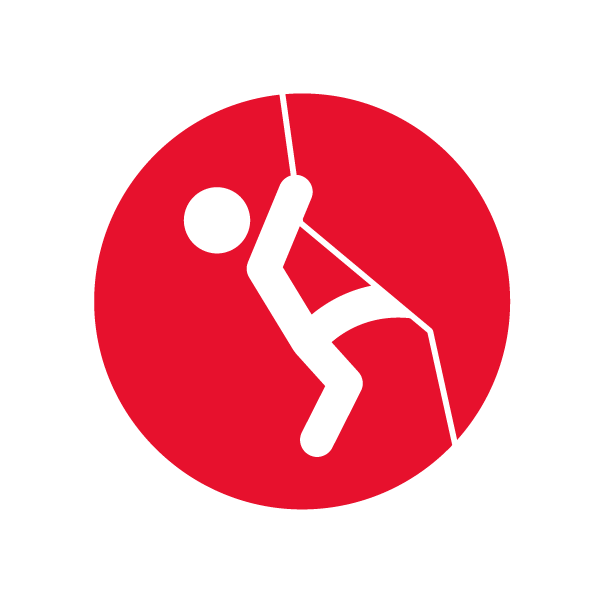 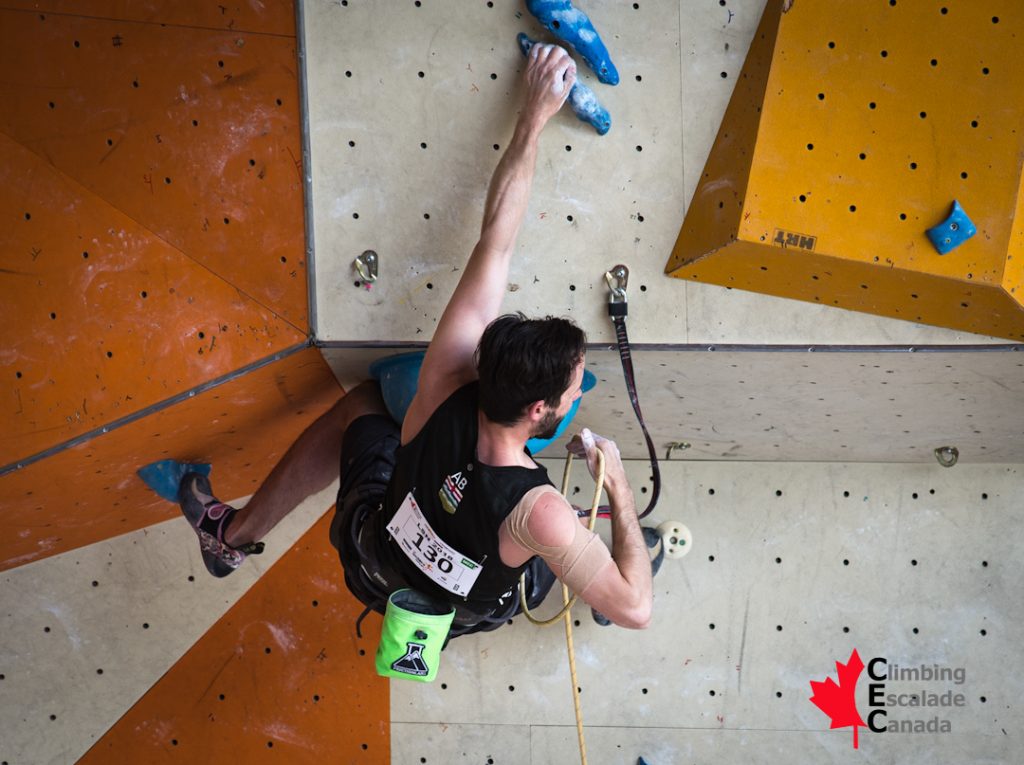 Sport climbing will make its Olympic debut at Tokyo 2020. Three disciplines – speed climbing, bouldering, and lead climbing – will be included in a combined event, contested in that order. Twenty athletes of each gender will compete in the qualification round, with six competitors advancing to the final round on a separate day.

For each completed competition, climbers are awarded ranking points. Their total for the combined event is calculated by multiplying together their ranking points in all three disciplines. The lower the ranking point total, the higher the climber is ranked.

In speed climbing, competitors race two at a time to scale a fixed route on a 15-metre high wall set at a 95-degree angle. To begin, climbers are secured with safety ropes and, upon the starter’s command, have four seconds to place both hands and one foot on their preferred starting holds. The timing system sounds three beeps, the last of a higher pitch that signals the climbers to start. While reaction time is key, a false start will result in disqualification. At the top, they hit a timing pad with their hand to stop the clock. The quickest men will usually finish in five to six seconds while winning times for women tend to be seven or eight seconds.

In bouldering, competitors scale as many fixed routes on a four-metre wall as they can within a four-minute time limit at each boulder. The routes have varied levels of difficulty, with a maximum of 12 handholds but usually between four and eight. At no time is a climber more than three metres above a landing mat, so no safety ropes are required. Climbers can try a route again if they fall during their initial attempt. A route is completed when the climber grabs the final hold with both hands. Among the challenges in bouldering are the overhangs and holds so small that climbers can rely only on their fingertips.

In lead climbing, competitors scale as high as they can on a wall that is at least 15 metres high and three metres wide within a six-minute time limit. Climbers are secured with safety ropes that they attach to quickdraws at various protection points along the route. The climb is complete when the rope is attached to the top quickdraw on the wall. A climber has only one attempt, so if they fall, the height they reached is recorded. If multiple athletes complete the climb or reach the same height, speed comes into play to determine the results.

In bouldering and lead climbing, competitors are not allowed to practice on the walls. To prevent late-starting athletes from gaining an advantage on those who compete earlier, climbers are not allowed to watch each other navigate the wall. Before the start of competition, there is an observation period during which climbers can touch the first hold(s) without taking both feet off the ground. In lead climbing, they can use binoculars to view the route and make hand-drawn sketches and notes. In speed climbing, there is a designated practice period prior to the qualification round. 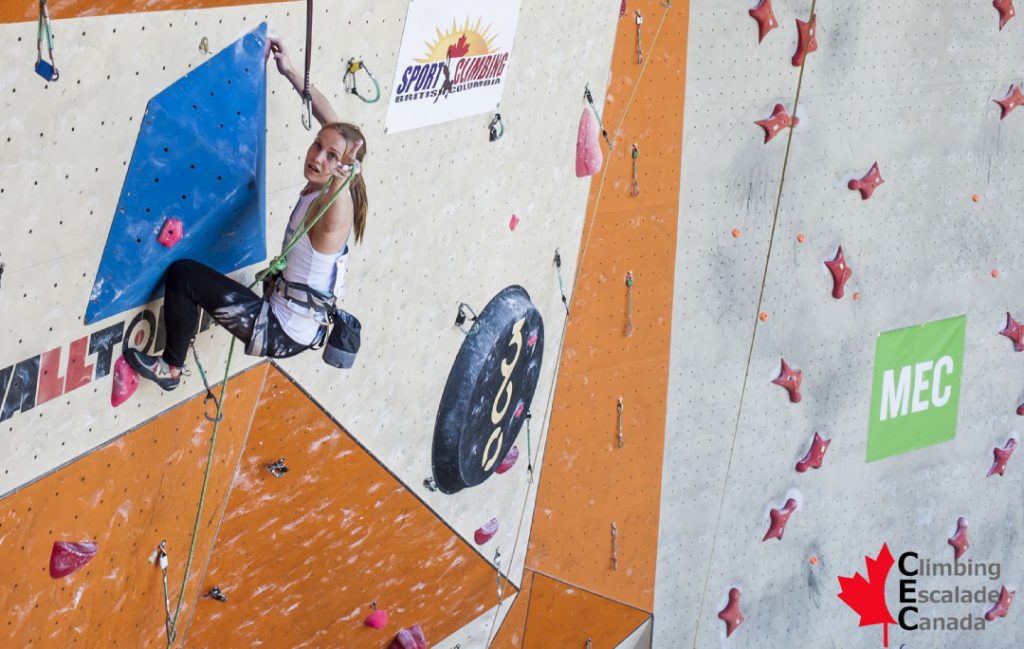 Climbing as a competitive sport dates to the 1940s when events focused on speed climbing were held in the former Soviet Union. Sport climbing began to gain more international appeal four decades later, notably when an event called “SportRoccia” was held in Bardonecchia, Italy in 1985. This was the first organized lead climbing competition and launched a new era of sport climbing. More than 10,000 people watched the finals of the second SportRoccia in 1986. That same year, the first indoor climbing event was organized near Lyon, France, providing a glimpse of the sport’s future.

By the early 1990s, it was decided that international events would be contested only on artificial walls to eliminate potential environmental impact. The first World Cup in speed and lead climbing took place in 1989, followed two years later by the inaugural edition of the now-biennial world championships in Frankfurt, Germany. After bouldering was officially introduced as a climbing discipline in 1998, the sport continued to grow and today more than 80 countries participate in climbing competitions.

The International Federation of Sport Climbing (IFSC) was founded in January 2007 and was granted provisional recognition by the International Olympic Committee later that year. Definitive recognition by the IOC came in February 2010. In 2014, sport climbing was a demonstration sport at the Summer Youth Olympic Games in Nanjing, China. Two years later, it was added to the official sport program for the Tokyo 2020 Olympic Games.