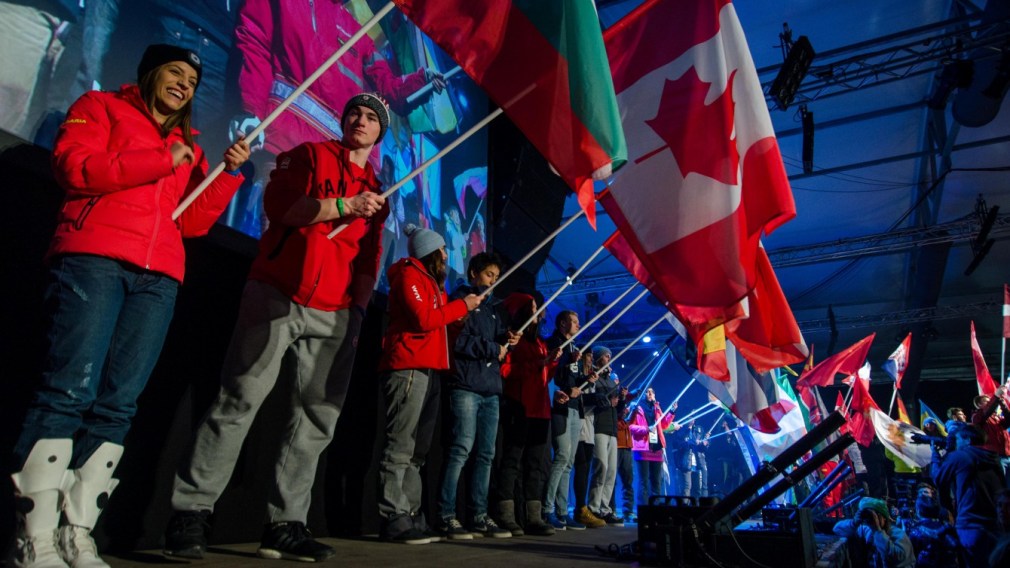 As the saying goes, all good things must come to an end. It’s certainly true as the Lillehammer 2016 Youth Olympic Winter Games draw to a close. 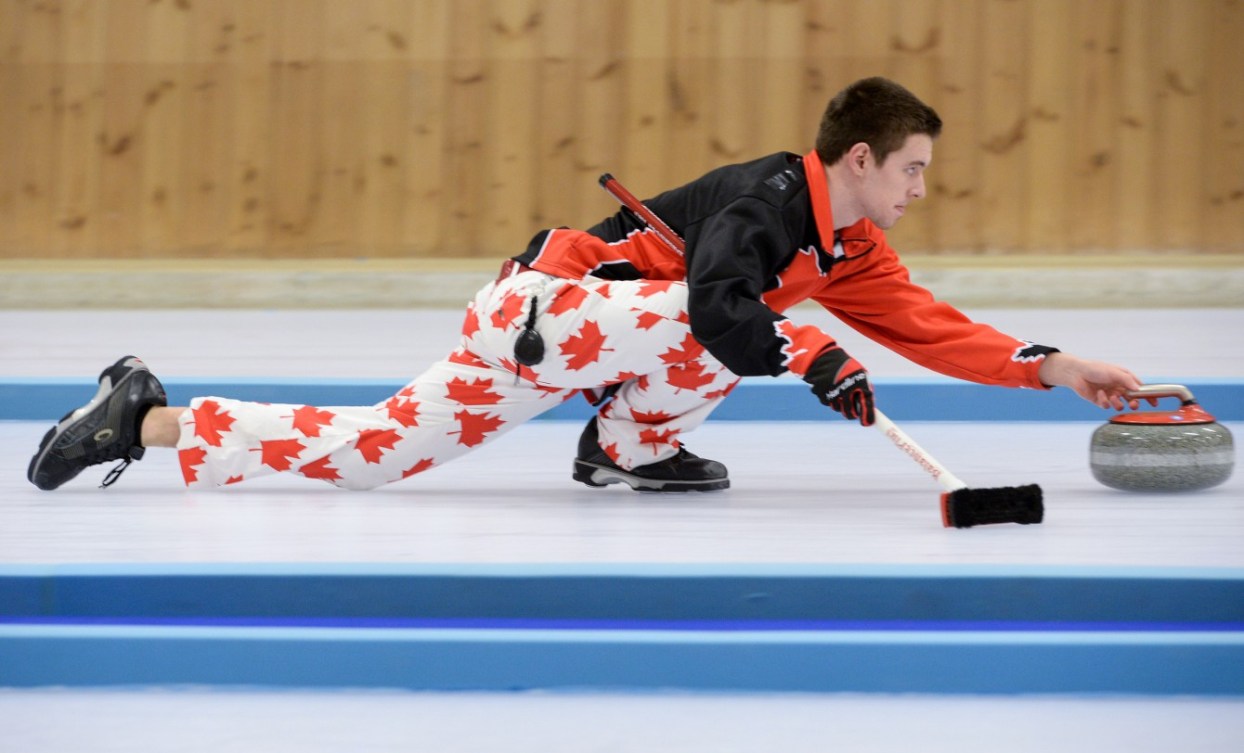 “The Youth Olympic Games are a great opportunity for young athletes to wear their country’s colors, most likely for the first time, and experience the Olympic spirit firsthand,” says Lisa Patterson, cross country ski coach and program development coordinator. “The YOG gives them a taste of the future international opportunities that are open to them if they continue to work hard toward their goals. Most will have in one week experienced the ups and downs, the highs and lows that make up the essence of a sport career and prepares them for life in general.” 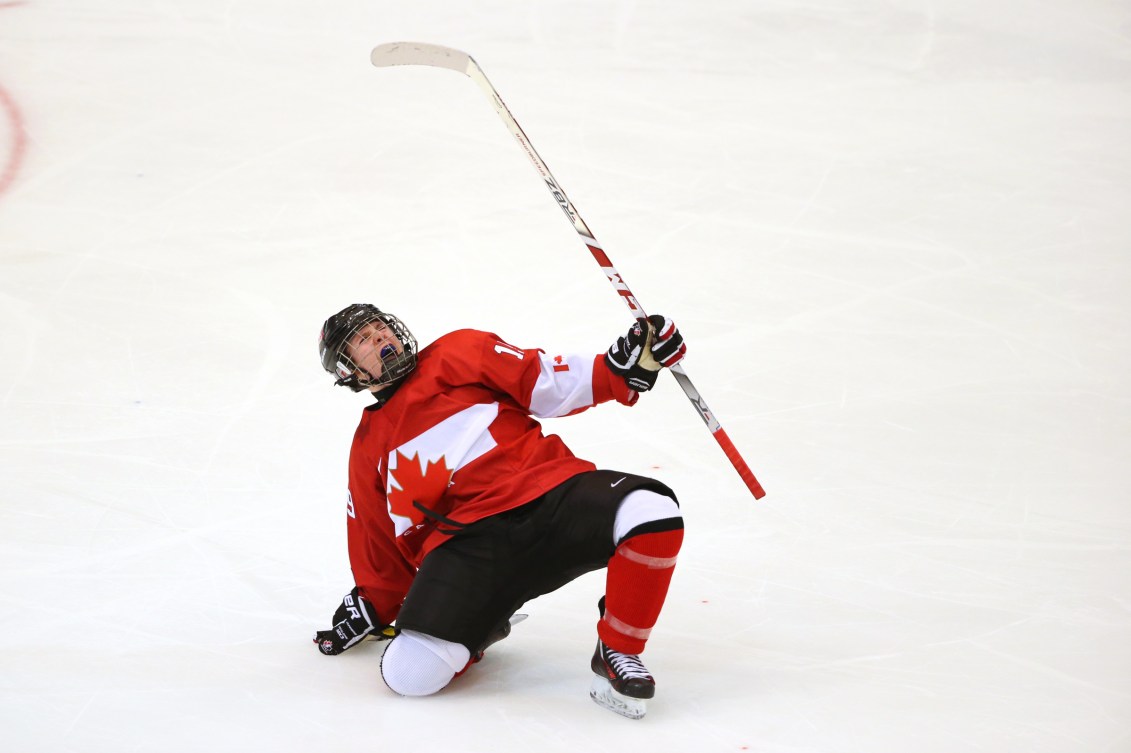 Allan McShane CAN celebrates after scoring during the Ice Hockey men’s final between Canada and USA at the Kristins Hall during the Winter Youth Olympic Games, Lillehammer, Norway, 21 February 2016. Photo: Jed Leicester for YIS/IOC Handout image supplied by YIS/IOC

“It was inspiring to see the amazing performances and hear the stories of how they found their sports and what they do each day to reach such a high level at such a young age,” added Canadian Olympic Committee President and four-time Olympian Tricia Smith. “And they competed with grit, determination and such maturity. YOG is all about giving them the tools to become even better athletes and leaders in their communities. I look forward to continuing to watch them grow in the future, a future that looks very bright.”

Click here to donate to aspiring Olympians; to help provide them with the performance resources they need to achieve their podium dreams.

These next generation athletes have done Canada proud and there’s a lot to look forward to for Team Canada fans as these incredible young athletes continue on their Olympic journey. Keep your eyes peeled for some of these young studs at PyeongChang 2018, Beijing 2022 and beyond.

Celebrate their accomplishments and reflect on Lillehammer 2016!

These last two days have been great. Yesterday I won gold in the skicross at #lillehammer2016 and today in the team event we got 4th. I would like to thank my coaches and ski techs that have helped me bring home the gold. Also all the volunteers that have made this event run smoothly, your all doing a great job.

First international race in the books. Next up, Classic sprints on Tuesday. #iloveyog #crosscountryskiing #lillehammer2016 #teamcanada

Well today was such a crazy experience. I want to thank everyone who watched me and supported me. It meant sooo much! 6th place is pretty good for my first international event so I am nothing but thankful 🙌🏼Also feel blessed for representing 🇨🇦💕.Special thanks to @a.higgs_ for putting up with me during all this craziness, you da bomb 👊🏻 #YouthOlympics2016 #I'llGetEmNextTime #Thankful

Such a cool feeling 🇨🇦☺️🙈 #iloveYOG #silver #feelingblessed Thank you to @lillehammer2016 for putting on four awesome races!!! And thank you to everyone who made this possible!

Such an amazing experience in Norway for youth Olympics ended up coming 7th super stoked on that. Big thanks to everyone that made this possible couldn't have done it without you. I'm now in aspen for the aspen open. Then in Calgary for another half pipe comp. #lillehammer2016 #iloveyog #teamcanada @fischersports_alpine @uvexsports @swix_sport @swixandfischercanada @colmaractive @mountaincultures @onelovefloat #swanygloves #acupunctureplus

Placed 4th again today with an awesome team! We all wanted to be on the podium but it just didn't work out this time. Big shout out to @reecehowden @zchore @frigofiona for being and awesome team! 📷 : @alexhowden66 #Spanada #lillehammer2016 #iloveyog #YOG

Canada’s Ryan Merkley gets a powerplay goal of his own to put Canada on the board, now 2-1 pic.twitter.com/9asKxGQbD8

Words can't describe how thankful I am to have had the opportunity to compete at the Youth Olympic Games! I couldn't have asked for better teammates to share this amazing experience with. Love you guys❤️ #iloveyog #lillehammer2016 #teamcanada #bobsleigh

@ericjumper and @zazacharest address #TeamCanada before the #lillehammer2016 Closing Ceremony. What a team. "Remember this moment. Share your experience. Think big." #iLoveYOG

With an olympic champion of speed skating!! ❤️ #iloveYOG #lillehammer2016 #speed #skating #is #so #fun ❤️

Inspiring young faces of Team Canada at Lillehammer 2016
Where are they now? Joannie Rochette
Tewksbury as Companion leads four Olympians appointed to Order of Canada
Le May Doan’s Olympic dream is to help Team Canada athletes achieve theirs
Home magic: A spotlight on Team Canada figure skaters in training
What is the difference between racquetball and squash?