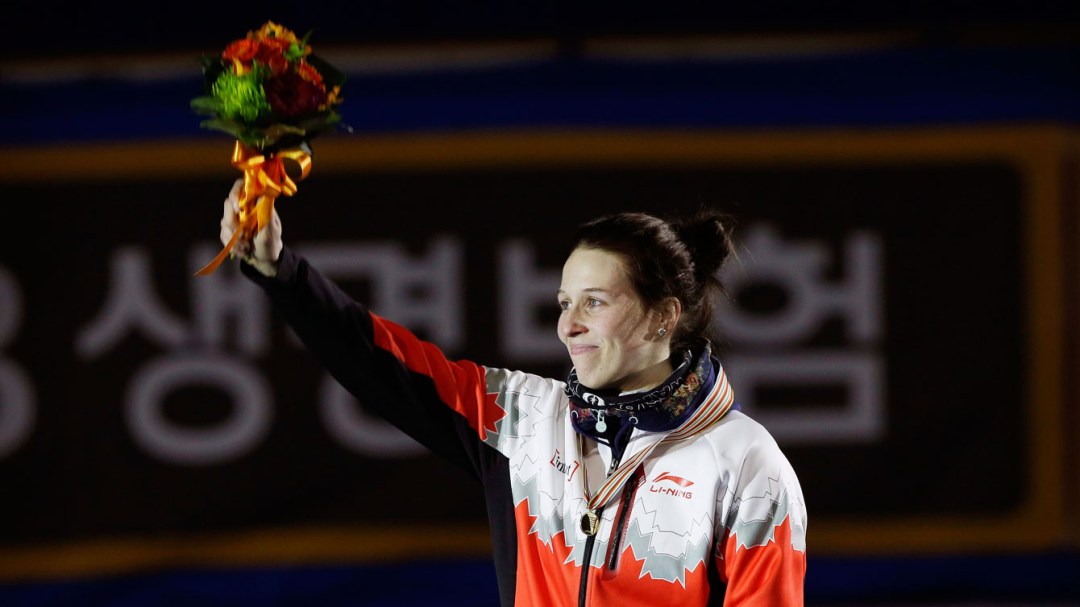 Marianne St-Gelais claimed her first world championship title after winning the 1500m, then followed up with a 500m silver at the ISU Short Track World Championships in Seoul, South Korea on Saturday.

After a strong ISU World Cup season, St-Gelais not only won Canada’s first medal in Seoul, but became the 1500m World Champion after racing to gold in two minutes, 34.775 seconds. The Canadian finished ahead of Minjeong Choi of Korea who finished second in a time of 2:34.760. Elise Christie from Great Britain finished third in 2:34.656. 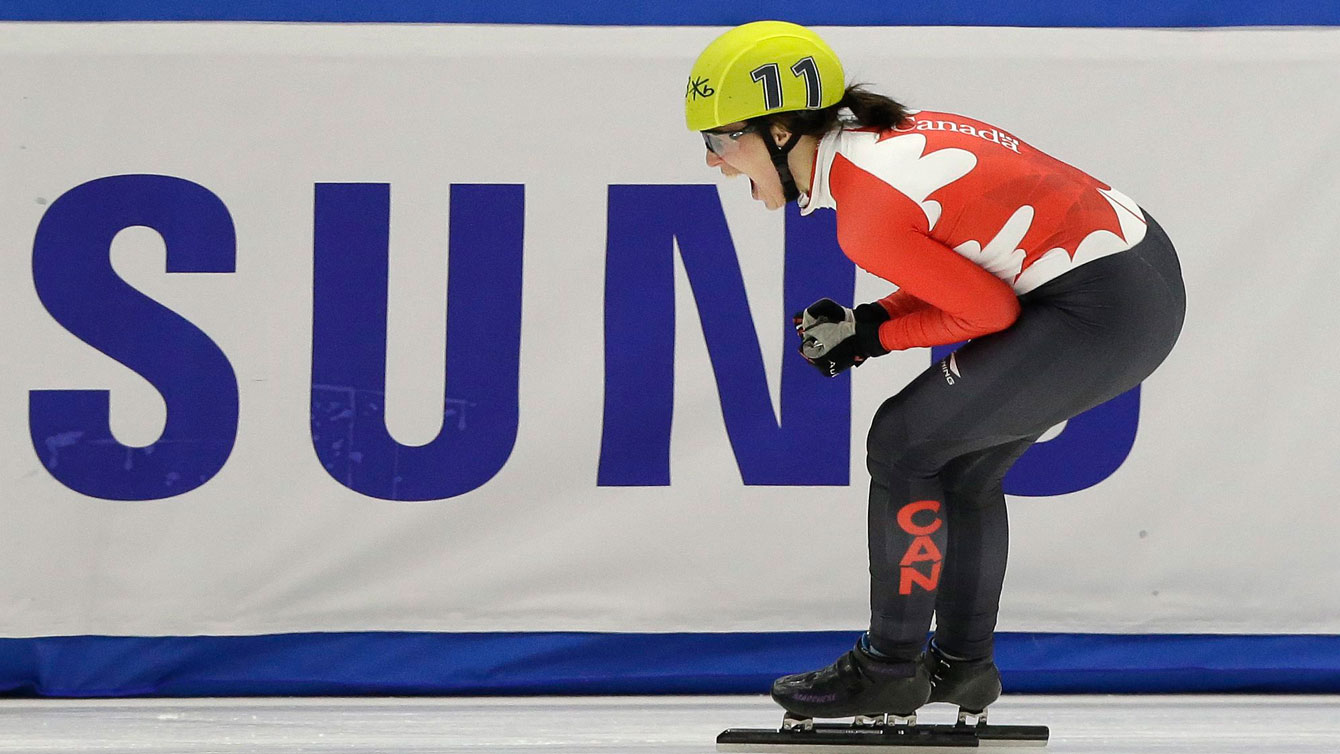 Marianne St-Gelais reacts after winning the 1500m at the world championships in Seoul, South Korea on March 12, 2016.

“I went on the podium, they gave me my medal and all that, but it seems that it still didn’t dawn on me for a big part of the day,” St-Gelais told Speed Skating Canada. “But it turned out to be a good thing, I had to keep my emotions in check for a while anyway because I had another race to do.”

St-Gelais followed up her gold medal performance with another podium finish in the 500m. The Canadian finished second in a time of 43.317s between Chinese speed skaters Fan Kexin (43.258s) and Qu Chunyu (43.389s) who finished first and third respectively. 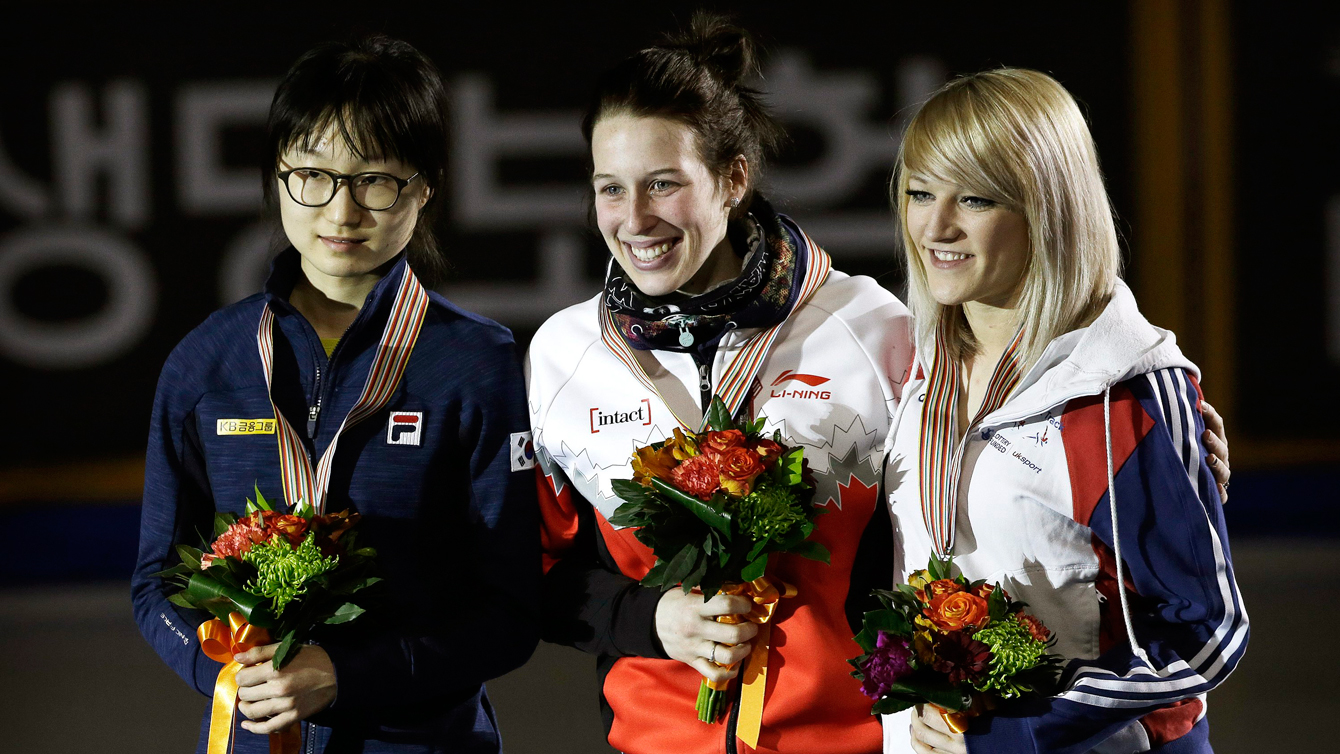 “I won’t change anything to my game plan or my routine,” said Marianne St-Gelais about the task that lies ahead for her on Sunday. “I won’t be thinking about the hat I’m now wearing, I’ll just focus on what I have to do on the ice. I will try to earn the most points possible in the 1000m to give myself a wider margin after that in the 3000m.” 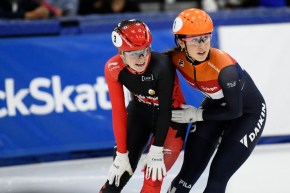 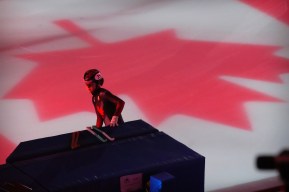 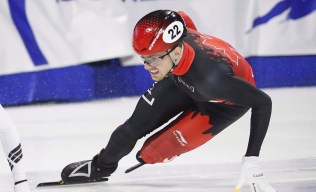