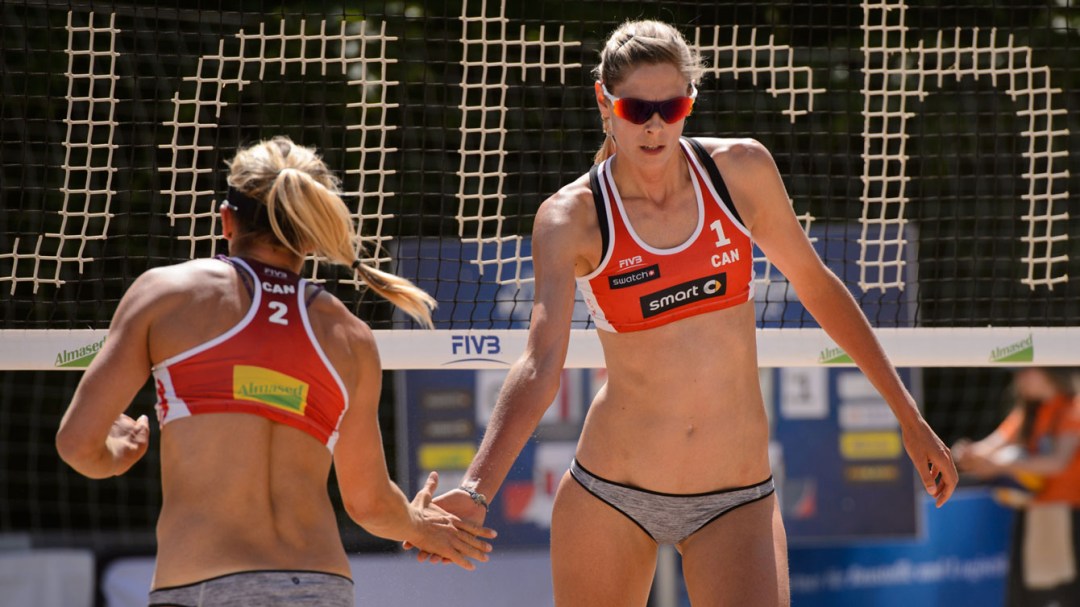 They’ve been in the qualifying zone for some time and this weekend three of Canada’s beach volleyball teams met the requirements for Olympic competition.

Although they haven’t yet officially been nominated to Team Canada for Rio 2016, Volleyball Canada released the good news on Friday at the closing of the current qualification window, that two women’s and a men’s beach team have clinched Olympic spots. 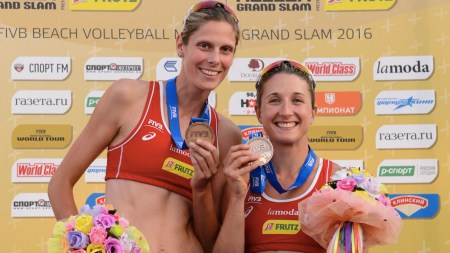 Sarah Pavan (left) and Heather Bansley after winning their FIVB tour bronze medal at the Moscow Grand Slam on May 29, 2016 (Photo: FIVB). 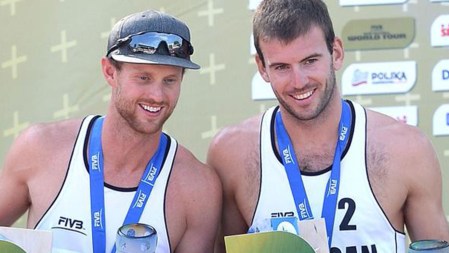 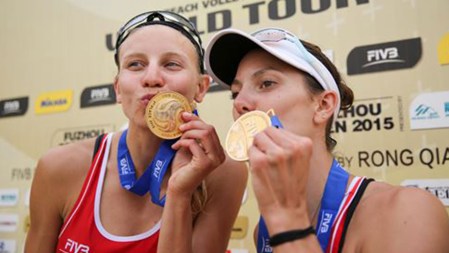 Chaim Schalk and Ben Saxton have also earned an Olympic berth for Rio 2016 on the men’s side. They could be joined in Brazil by Olympian Josh Binstock and his partner Sam Schachter, who will enter a continental qualifier after narrowly missing out through FIVB (volleyball’s world governing body) rankings.

Should Binstock and Schachter qualify for Rio, it would be the first time Canada may field four beach teams at the Olympic Games.

Beach volleyball will take place on Rio de Janeiro’s famous Copacabana Beach with 24 teams in each of women’s and men’s competitions.

The beach news comes a week after the men’s (indoor) volleyball team excited Team Canada fans by earning an Olympic spot for the first time since Barcelona 1992.