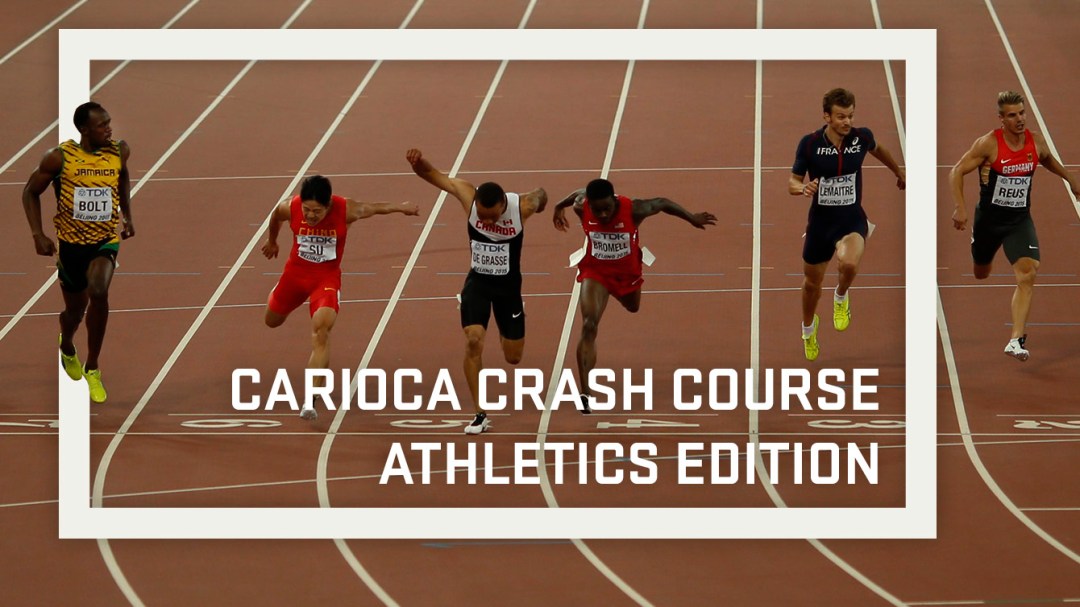 Athletics has been part of the Olympic Games since its first edition in Athens 1896. The sport category includes running, jumping, throwing, race walking and multi-discipline events.

With 54 Olympic medals, Canada has enjoyed more trips to the podium in athletics than in any other sport. At Rio 2016, Canada’s 65 athletes (at time of team announcement) will try to improve that mark and bring home more medals.

With the Games upon us, it is time to learn Brazilian Portuguese athletics terms to support Team Canada in Rio! In the second part of the athletics edition, you will learn jumping, throwing and combined events terms. 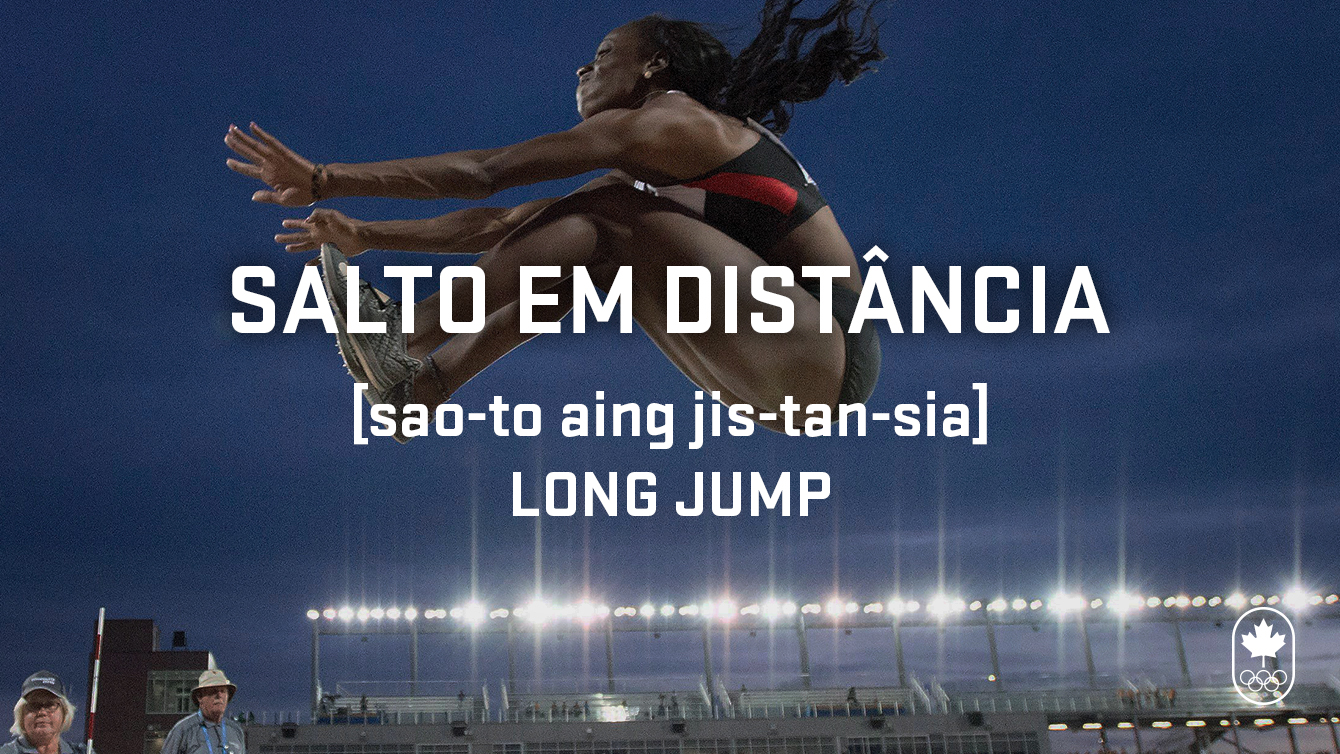 In long jump – or salto a distância – events, athletes attempt to leap as far as possible from a take off point. To reach their main goal, they should combine the use of strength, speed and agility. The salto a distância has been part of the Olympic Games since Athens 1896. Calvin Bricker is the only Canadian Olympic medallist in this event, with one bronze at London 1908 and one silver at Stockholm 1912. 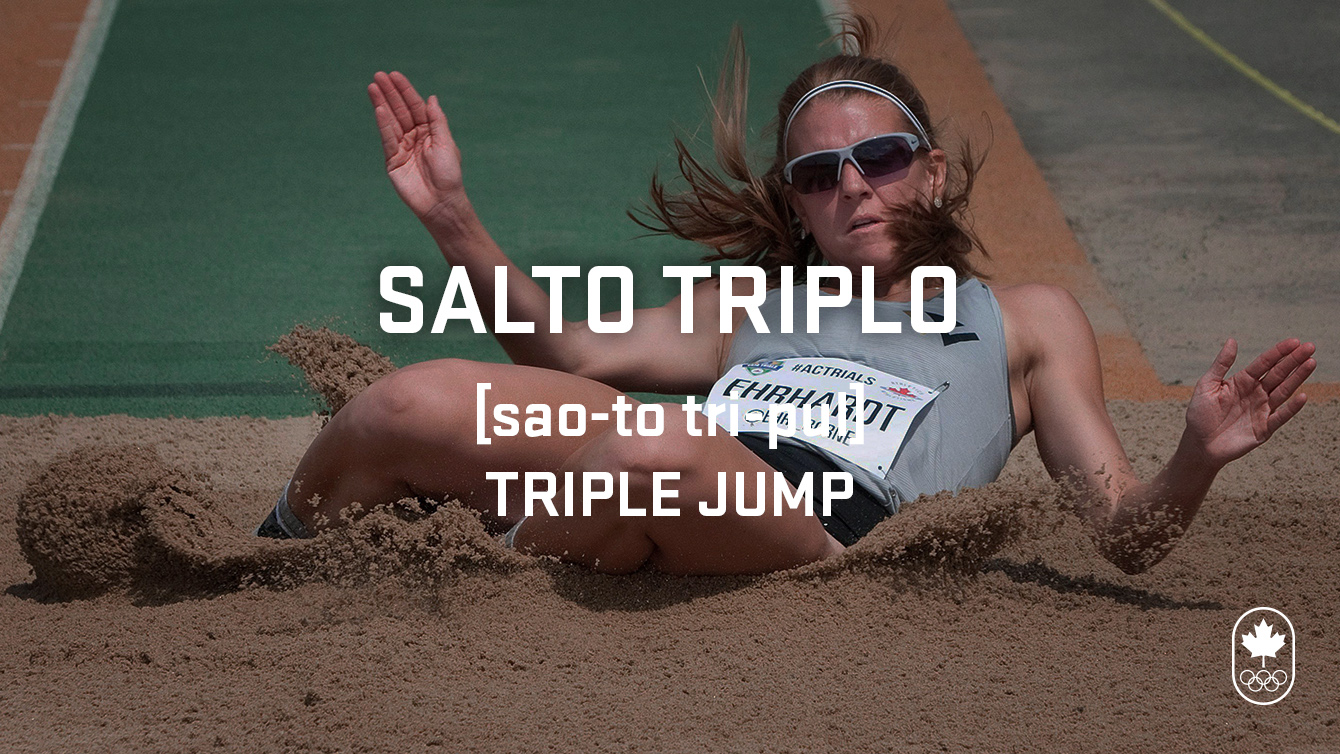 Similar to the long jump, in the triple jump – salto triplo – the athletes run down the track and performs a hop, a bound and then a jump into the sand pit. Part of the program since first modern Olympic Games, the salto triplo was consisted of two hops on the same foot and a jump back at Athens 1896. Canada’s single medal in the triple jump was earned by J. Garfield MacDonald, silver at London 1908. 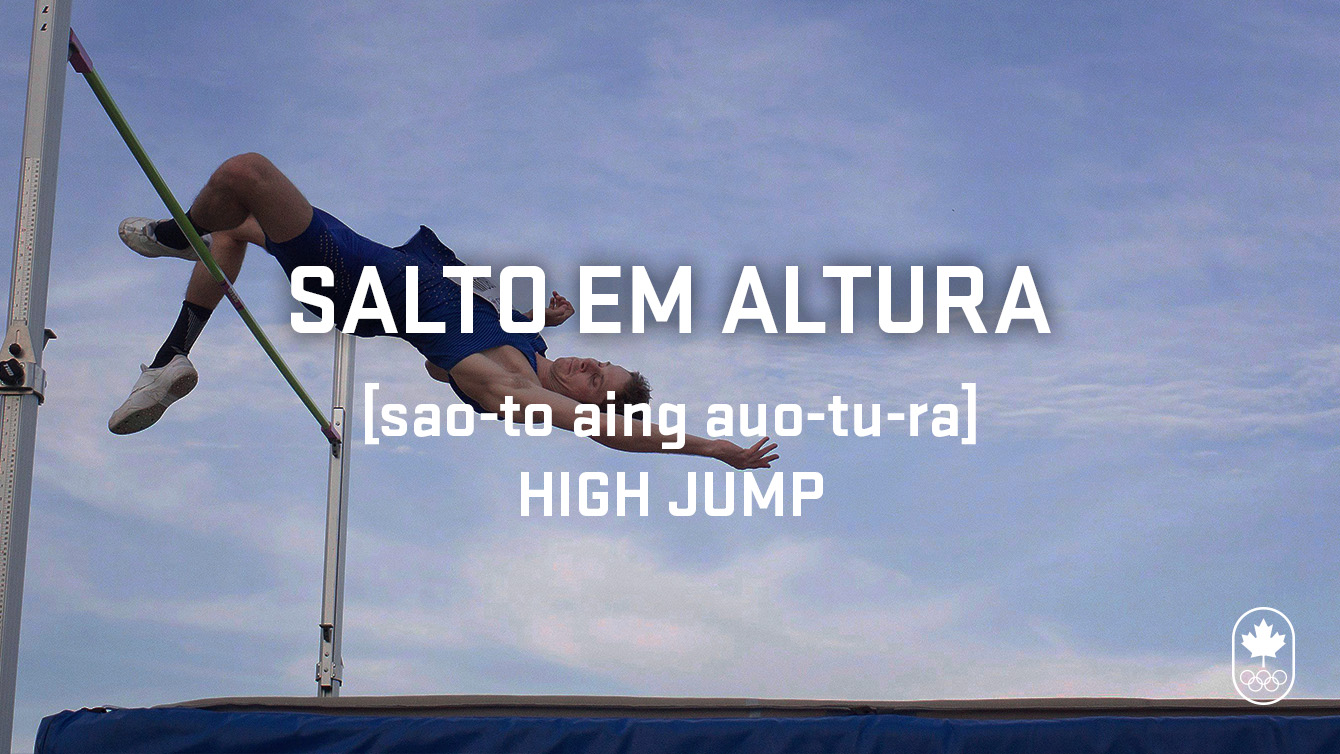 In the salto em altura – high jump – the competitor has three attempts at each height to jump as high as possible over a horizontal bar. One of the most used methods of high jump at the elite level is called Fosbury Flop, a style perfected by the American Dick Fosbury, which consists of jumping, leaping head first with their back to the bar. Canada has won five Olympic medals in the high jump event. Rio 2016 Olympian Derek Drouin is a London 2012 bronze medallist. 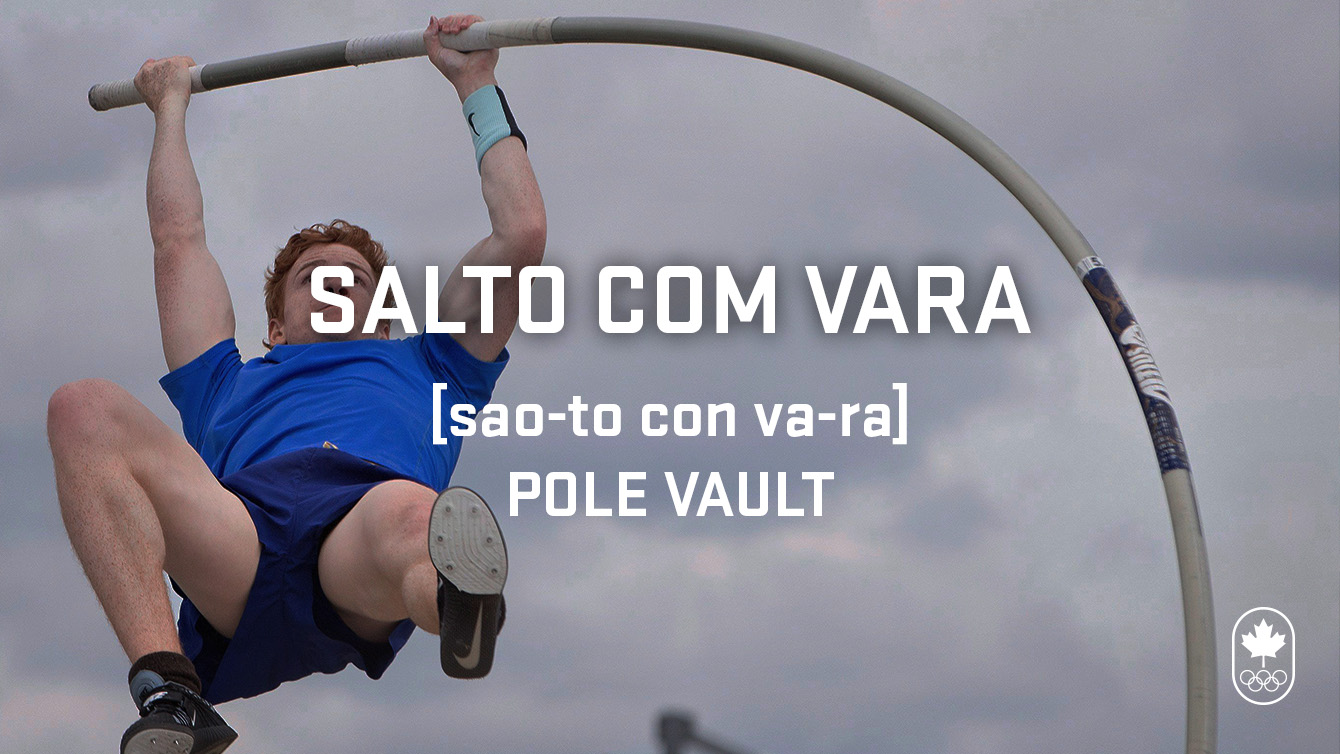 In pole vault – salto com vara – the athlete uses a flexible pole, usually made of fiberglass or carbon fiber) to jump over a bar. Due to the similar attributes required for both sports, many pole vaulters have background in gymnastics. Each athlete has three attempts at each height and three consecutive failures results in elimination. 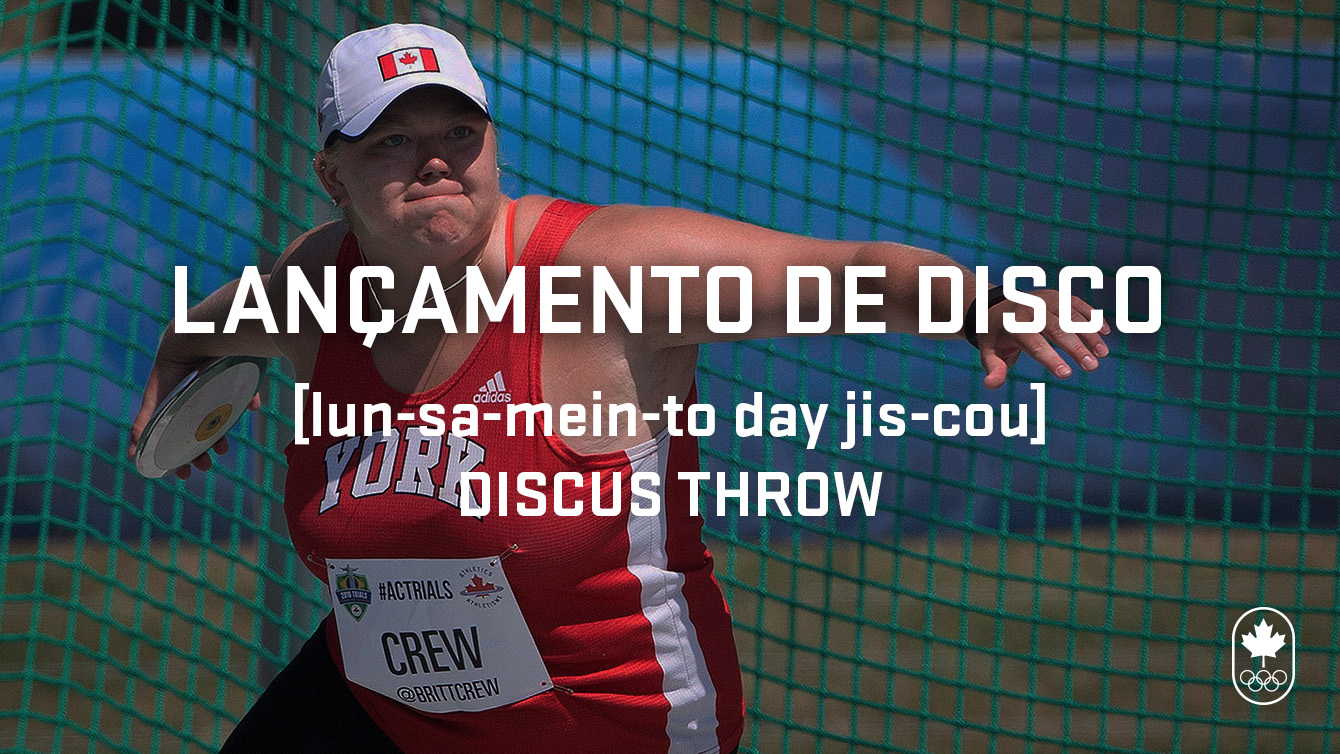 An ancient sport – as demonstrated by the Greek sculpture Discobolus, from the fifth century B.C – the lançamento de disco, or discus throw, consists of throwing a heavy disc in an attempt to reach a farther distance than the opponents. Canada has no lançamento de disco medals in the Olympic Games history. 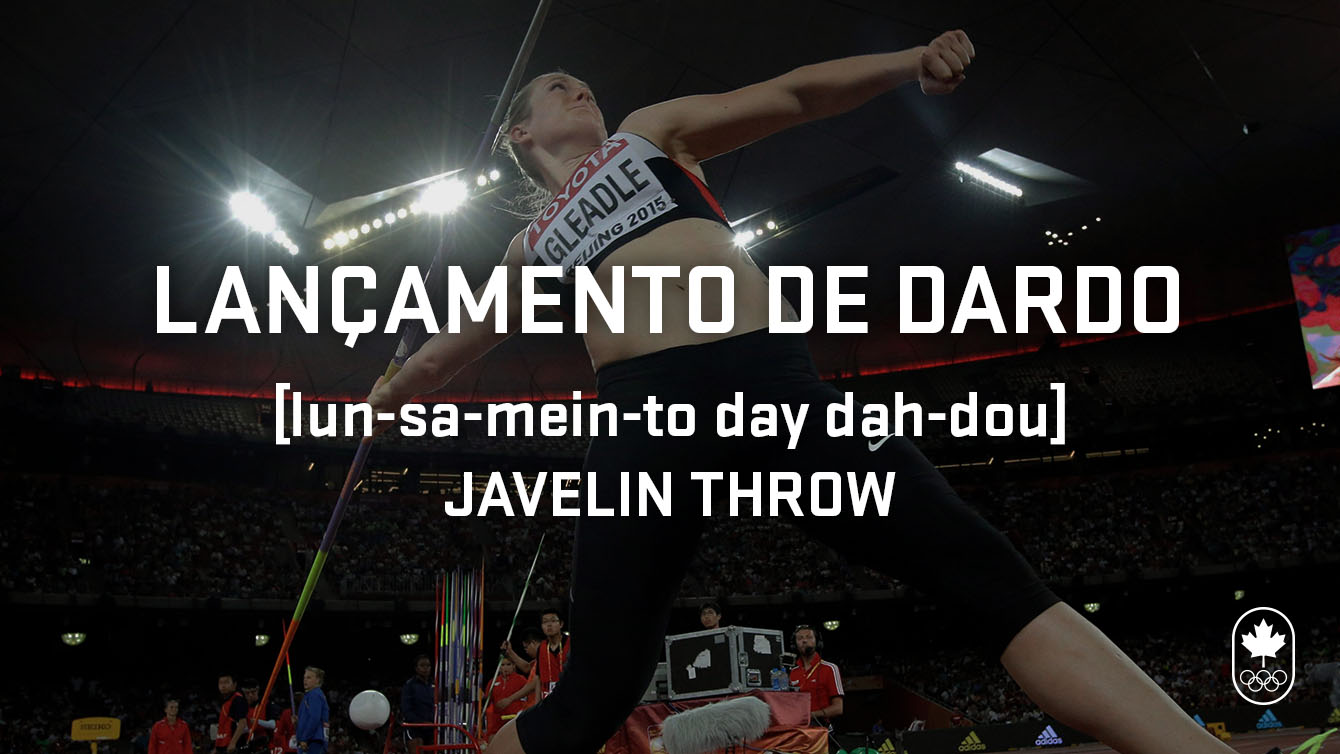 In the lançamento de dardo – or javelin throw – a spear about 2.5 m in length is thrown. The javelin thrower gains momentum by running within a predetermined area. Javelin throwing is also part of both the men’s decathlon and the women’s heptathlon. Elizabeth Gleadle will represent Canada at Rio 2016 javelin throw event. 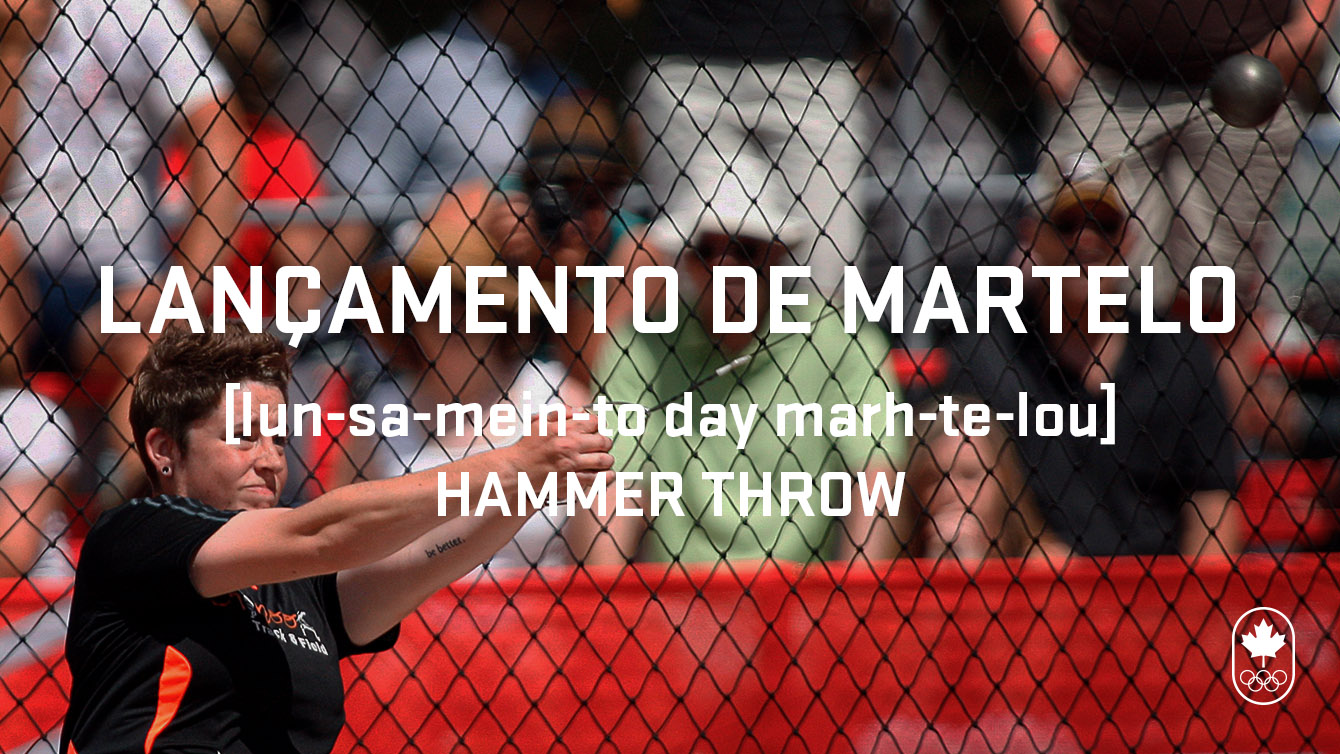 Like the other throwing events, the hammer throw – lançamento de martelo – competition is decided by which athlete can throw the object the farthest (in this case, the martelo). The men’s hammer weighs 7,25 kg, while the women’s weighs 4 kg. At Rio 2016, Heather Steacy will try to bring home the first Canadian gold medal in the lançamento de martelo. 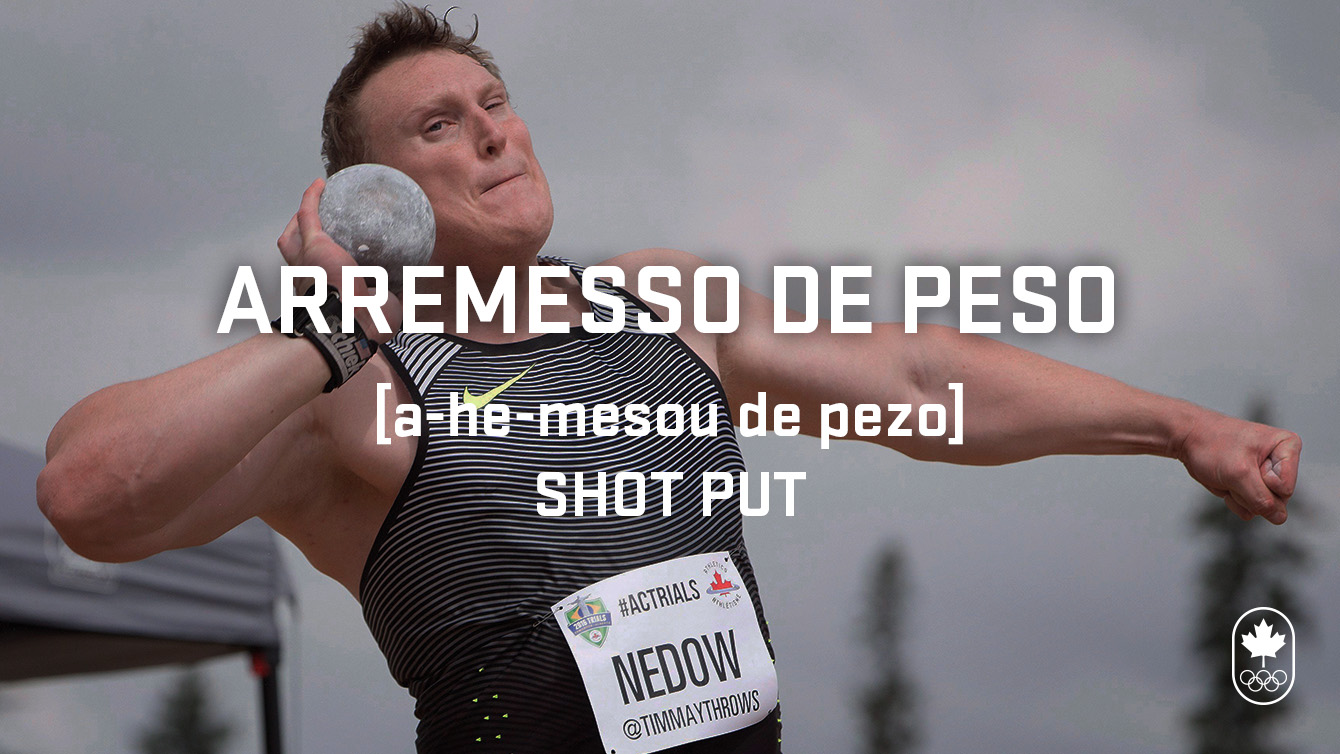 The last of the four throwing events is the arremesso de peso, which involving throwing in a pushing motion a heavy spherical object as far as possible. The first events resembling the modern shot put likely occurred in the Middle Ages when soldiers held competitions in which they hurled cannonballs. Beijing 2008 bronze medallist Dylan Armstrong is Canada’s first Olympic medallist in a throwing event in almost a century, since Stockholm 1912, when Duncan Gillis won a hammer throw silver. 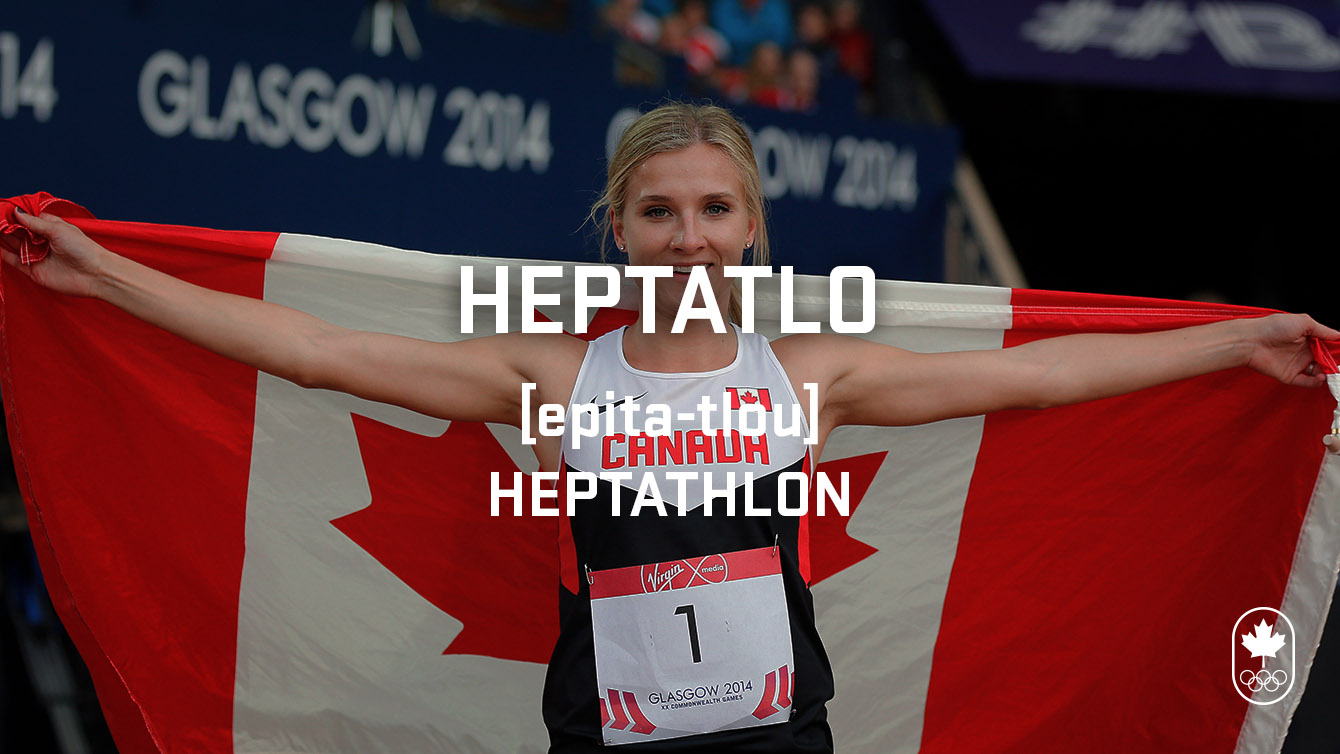 In the combined events decatlo, for men, and heptatlo, for women, the athletes are challenged in a series of events during two days. The heptathlon combines the 100m hurdles, 200m, 800m, high jump, long jump, shot put and javelin throw. Brianne Theisen-Eaton will pursue the first heptatlo medal for Team Canada. 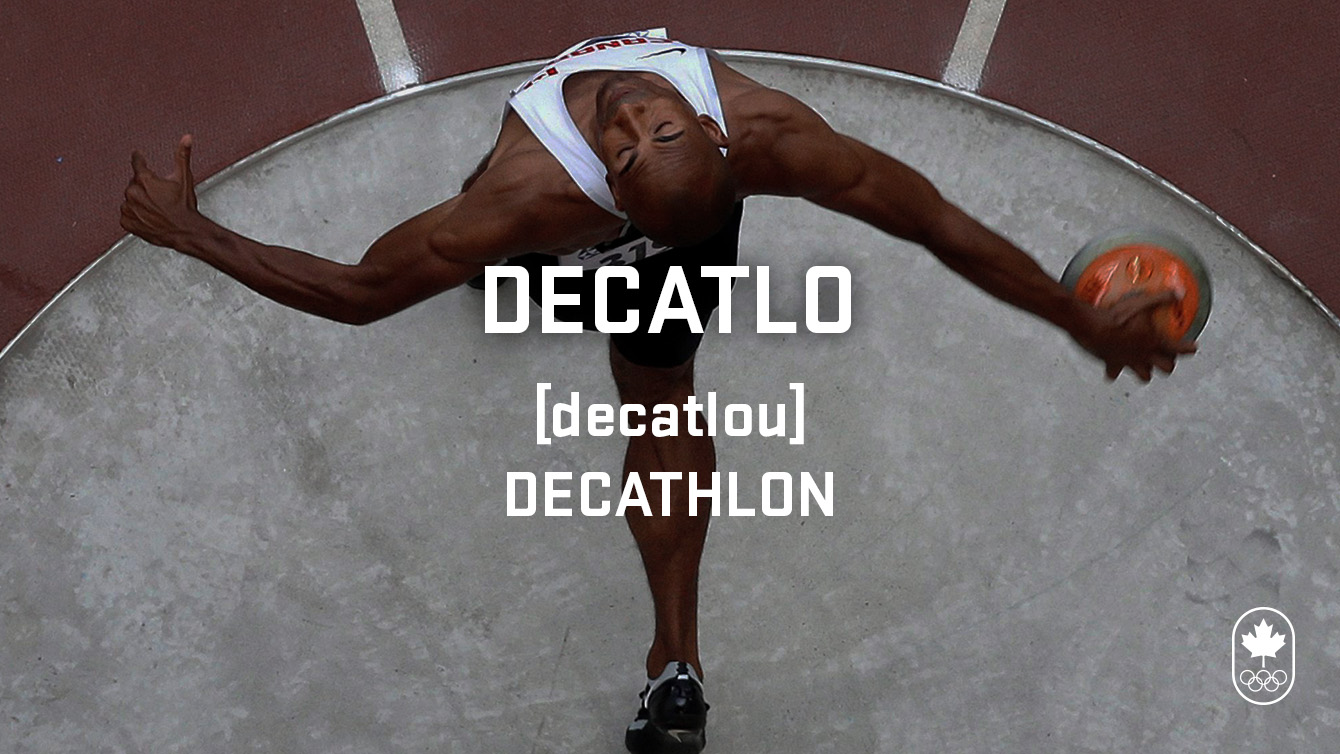 While growing up in Alberta, Angela Whyte thought that she would be the next great Canadian point guard. But instead...