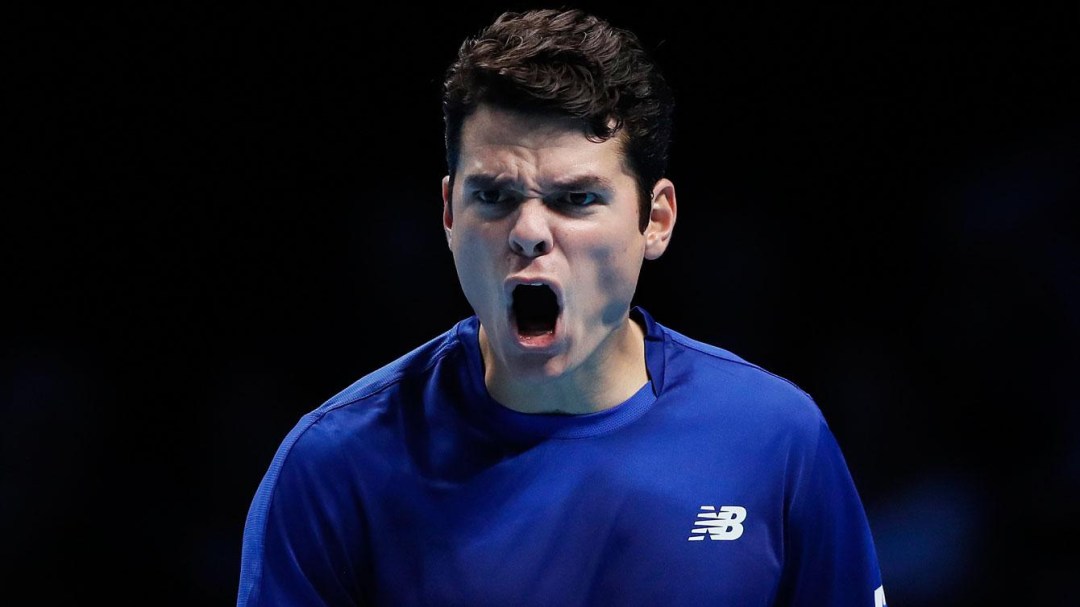 With a straight sets win over Austria’s Dominic Thiem, Milos Raonic has become the first Canadian singles player to ever advance to the semifinals of the season-ending ATP World Tour Finals.

Both men entered their final round robin match with identical records of one win and one loss, which meant that whoever won would be moving on. On Thursday Raonic was the better player, winning 7-6 (5), 6-3 at the O2 Arena in London. 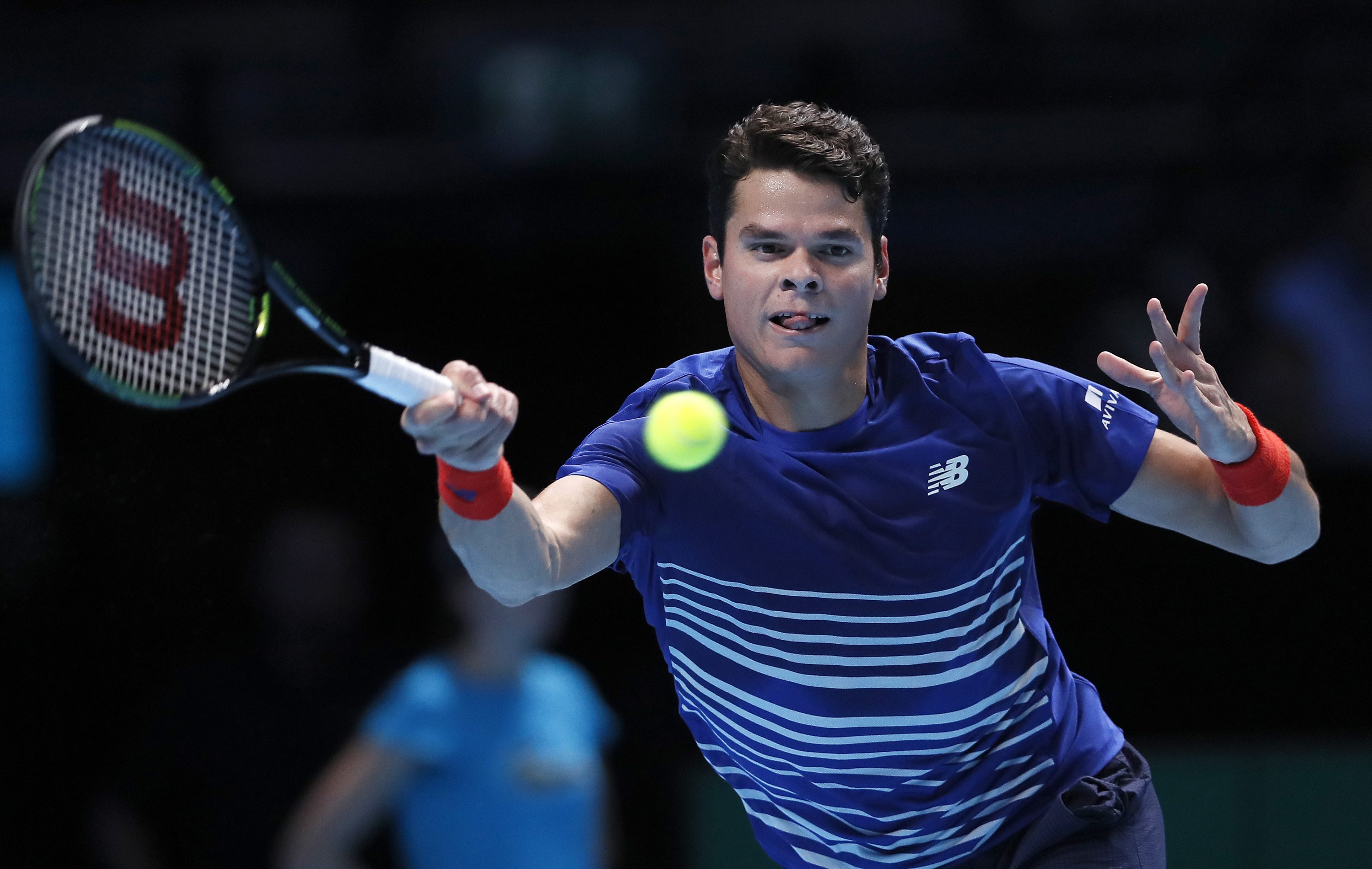 Raonic started strongly in the first set, hitting 10 winners and losing just two of his service points through his first three service games. But he also couldn’t break Thiem, forcing the set to a tiebreak. After Raonic went up 2-0, Thiem took the next four points before Raonic recovered, eventually closing out the set with his 11th ace.

The second set began with Raonic breaking the eighth seed in the first game. From that moment, Thiem had difficulty returning, which would set up two match point opportunities. With Raonic leading 5-3, Thiem put a backhand into the net to end it. 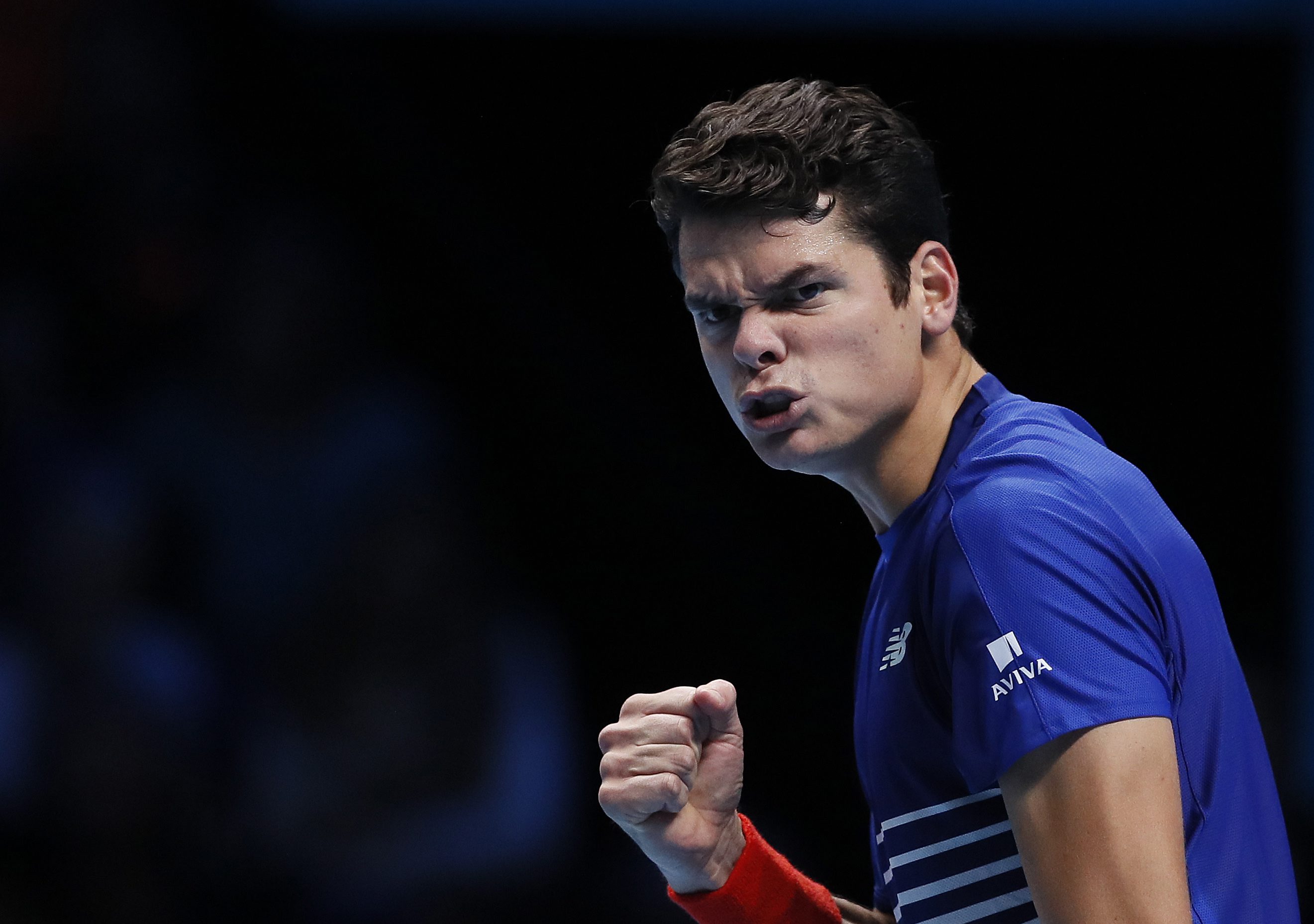 Milos Raonic of Canada celebrates winning a point after a return to Dominic Thiem of Austria during their ATP World Tour Finals singles tennis match at the O2 Arena in London, Thursday, Nov. 17, 2016. (AP Photo/Kirsty Wigglesworth)

“I did a lot of things quite well today,” Raonic told the ATP. “I stepped up when I had an opportunity in the tiebreak. I stepped up at the beginning of the second set and the end of it. There’s a lot definitely to be proud of, playing under that kind of pressure, because I really wanted to get out of the group stages and I wanted to give myself a chance in the semifinals.”

Raonic finished the round robin ranked second in the Ivan Lendl Group with his 2-1 record, which also included a win over Gael Monfils and a loss to Novak Djokovic. The 25-year-old will now face the winner of the John McEnroe Group in Saturday’s semifinals. World number one Andy Murray currently leads with a 2-0 record.

By reaching the semifinals, the potential is there for Raonic to finish 2016 ranked third in the world. 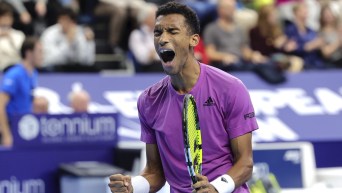 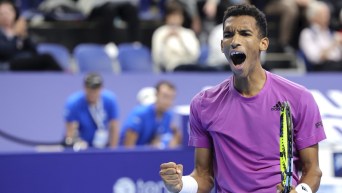 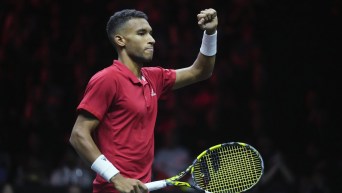