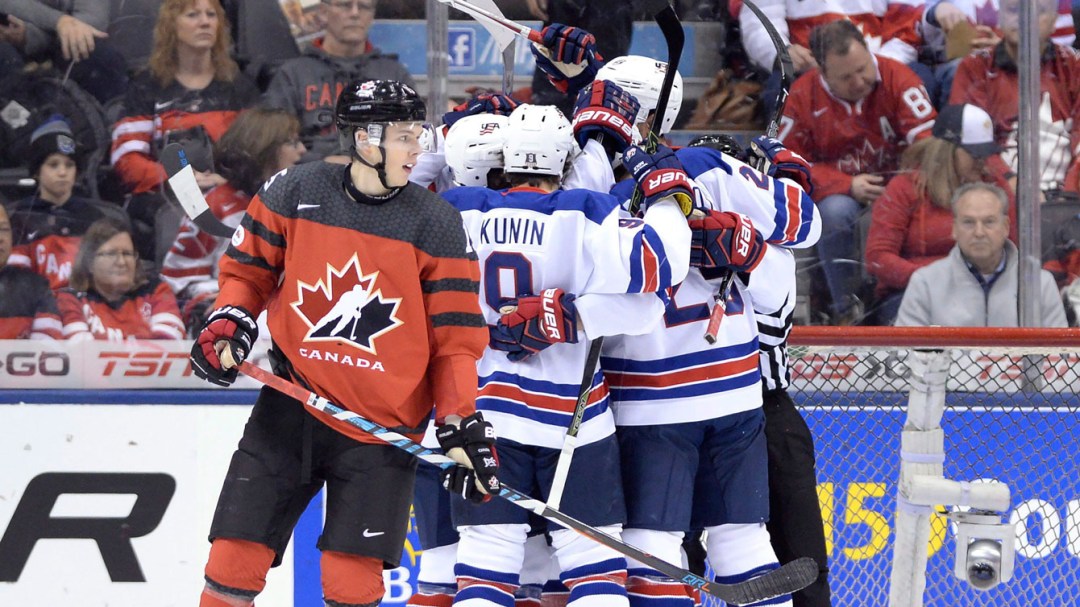 Canada’s record at the IIHF 2017 World Junior Championship suffered a blemish on Saturday with a 3-1 loss to the United States at the Air Canada Centre in Toronto.

The US win takes them to first place in Group B, where Canada finishes second. The quarterfinal opponents for both teams will be determined later Saturday following Finland versus Switzerland. 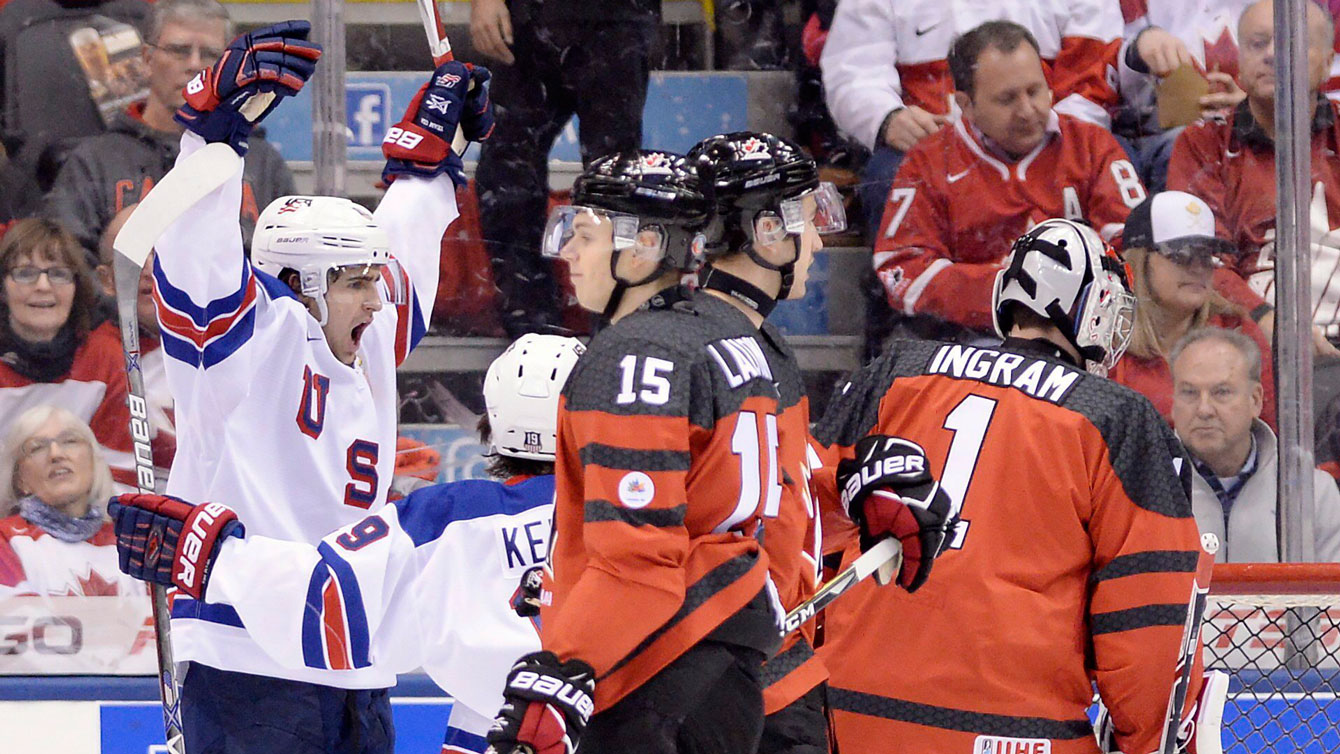 Colin White (left) celebrates his goal against Canada at World Juniors on December 31, 2016.

The Canadians fell behind early on a couple of power play goals. Back-to-back Canadian penalties against Tyson Jost and Philippe Myers gave the United States man advantages converted by Colin White and Jordan Greenway, respectively. The Americans took a 2-0 lead on just three shots on Connor Ingram minding the Canadian net by 6:04 of the first period.

Canada had its chances to get back in it, however, a 5-on-3 advantage around the halfway mark of the first period wasn’t enough to put a puck behind US goaltender Joseph Woll. Canada was outshot 6-4 in the first.

A game between two traditionally physical teams saw US captain Luke Kunin assessed an interference penalty and game misconduct at 4:07 of the second period for a hit on Myers behind the net. During the ensuing five-minute power play, the Americans took a second penalty putting Canada on a two-man advantage once more.

That helped Canada get back on the board with defenceman Thomas Chabot wiring one past Woll at 8:12 of the second to make it 2-1 for the US. It was Chabot’s second of the World Juniors, assisted by Mathew Barzal and Dylan Strome following some strong work from Nicolas Roy.

Canadian momentum was reversed less than five minutes later when Jeremy Bracco put the Americans back up by two. A shot from Greenway provided a juicy rebound that fell right on Bracco’s stick before he buried it for a 3-1 lead. Picking up the assist, Greenway got his third point of the game.

A fourth US goal was avoided when Ingram stopped Joey Anderson on a breakaway with less than 30 seconds to intermission, keeping reasonable Canadian hope for a comeback alive.

Myers left the contest in the second period following the hit from Kunin. Although Canada outshot the US 13-9 in that frame, the team found itself with just 20 minutes to salvage something from the encounter, but a goalless third period brought the game and the group stage to a close for both teams with the United States out front.

Prior to the loss on Saturday Canada beat Russia, Slovakia and Latvia to secure its place in the quarterfinals. Team captain Strome leads the side in scoring with two goals and six assists for eight points heading into the next round. 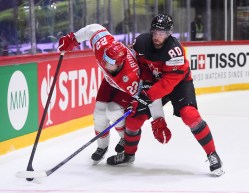