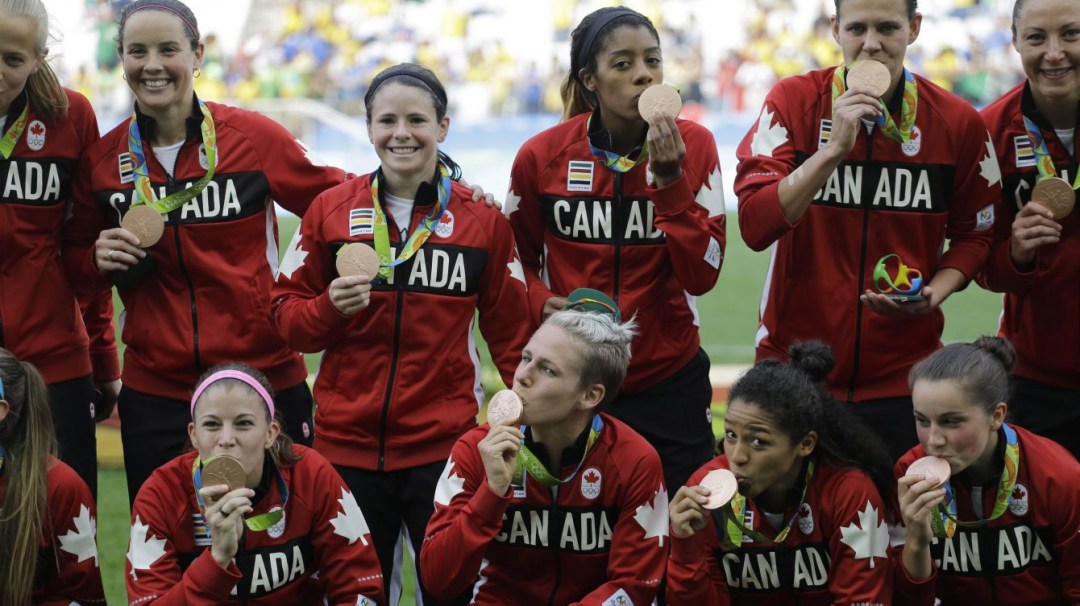 The Canadian Women’s National Soccer Team and head coach John Herdman have won CONCACAF’s Outstanding Performance Award, presented for the first time in recognition of their excellence through performance.

Victorious in an impressive five of six games at Rio 2016, Herdman led the Canadian women to their second consecutive Olympic bronze medal. In doing so, they made history as the first Canadian team to reach the podium in back-to-back summer Games in more than 100 years. 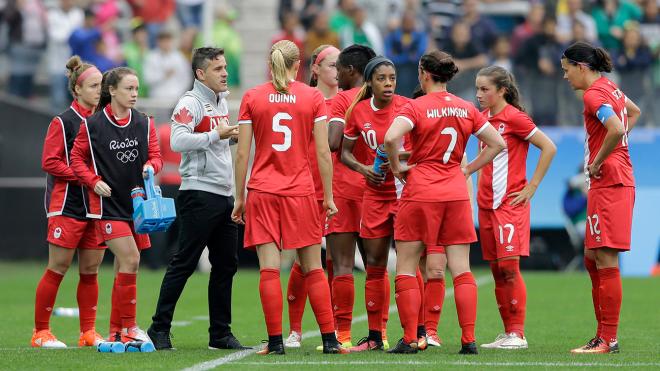 Canada coach John Herdman talks with his players during the Canada and Australia match at Rio 2016 on Aug. 3, 2016. (AP Photo/Nelson Antoine)

National team coaches, captains, media, and fans came together to vote on the recipients of this year’s Confederation of North, Central America and Caribbean Association Football (CONCACAF) Awards.

Three members of the bronze medal team – Kadeisha Buchanan, Ashley Lawrence and Christine Sinclair – were named to the CONCACAF Female Best XI for 2016. 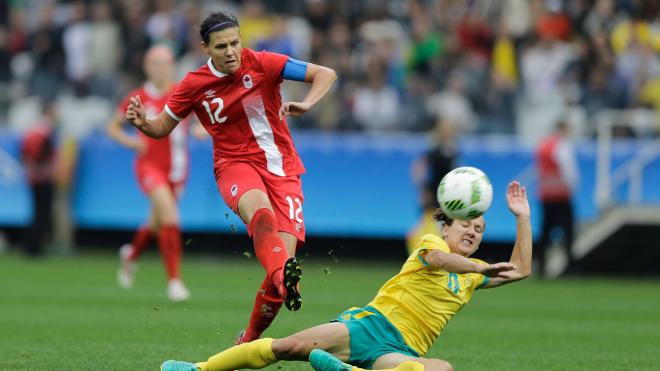 Across the 12 categories, a total of 23 Canadians were nominated. Of special note was Stephanie Labbé, who finished as runner-up for CONCACAF Female Goalkeeper of the Year.

The bronze medal-winning team will be together one more time on February 4 at BC Place when they are celebrated at a match against Mexico. For the trio of Rhian Wilkinson, Melissa Tancredi and Marie-Ève Nault, it will be extra special as they will be honoured on the occasion of their recently announced retirements.