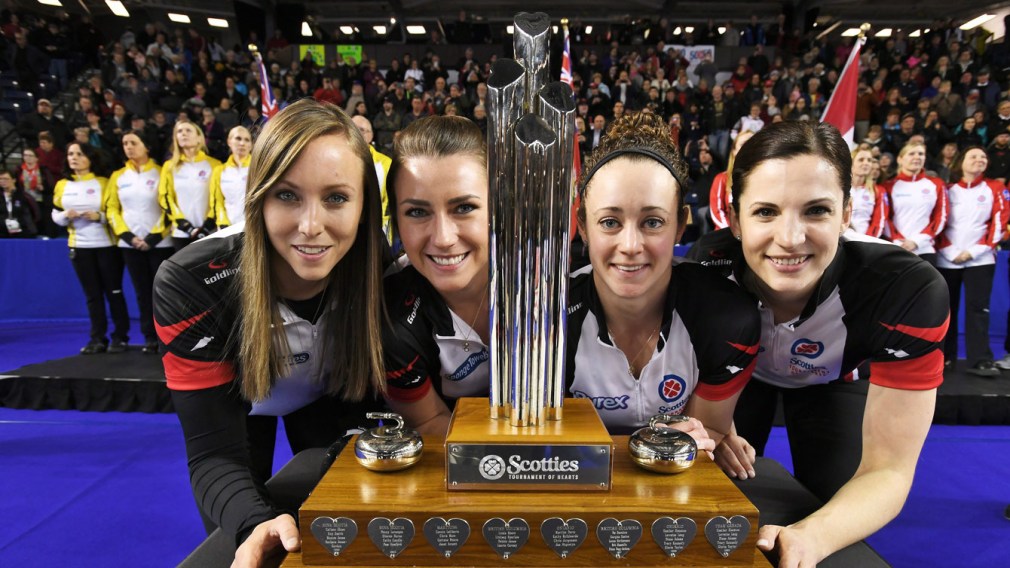 After winning the Tournament of Hearts at the end of February, skip Rachel Homan, joined by third Emma Miskew, second Joanne Courtney, lead Lisa Weagle and alternate Cheryl Kreviazuk, are returning to the world championship after winning silver in 2014 and bronze in 2013. The current Team Canada will be looking to capture the country’s world-leading 16th gold medal in the 38-year history of the women’s worlds, but first since Jennifer Jones skipped her team to victory in 2008.

The round robin consists of 11 games and Canada doesn’t get any time to ease in as they face the home Chinese team, led by 2009 world champion skip Bingyu Wang, in the opening draw.

In the eighth draw on the third day of competition, Canada will face a very tough team from Switzerland. Swiss women have claimed gold at the last three world championships and four of the last five. This year’s Swiss skip, Alina Pätz, was world champion in 2015 when she defeated Jones’ Team Canada in the final.

These are up all around Beijing. #wwcc2017

The World Women’s Curling Championship will be the last chance for teams to earn qualifying points to secure a berth for PyeongChang 2018. Currently, Canada sits in fourth place in the women’s Olympic qualification rankings, having earned nine points from the fourth place finish by Team Chelsea Carey at the 2016 World Championships. Those will be added to whatever points Team Homan earns for their placement in Beijing. The top seven countries in the Olympic qualification rankings will join the host South Koreans next February. Two more berths will be decided at a last chance qualification event in December, bringing the Olympic field to 10 teams total. You can see the points system and current standings here.

Our translator Renata has been a huge help for us since arriving earlier this week.

Nine of Canada’s 11 round-robin games – and all of the playoff games – will be broadcast live on TSN. You can find the broadcast schedule here.

Here is a list of Canada’s round robin games (all times in ET).