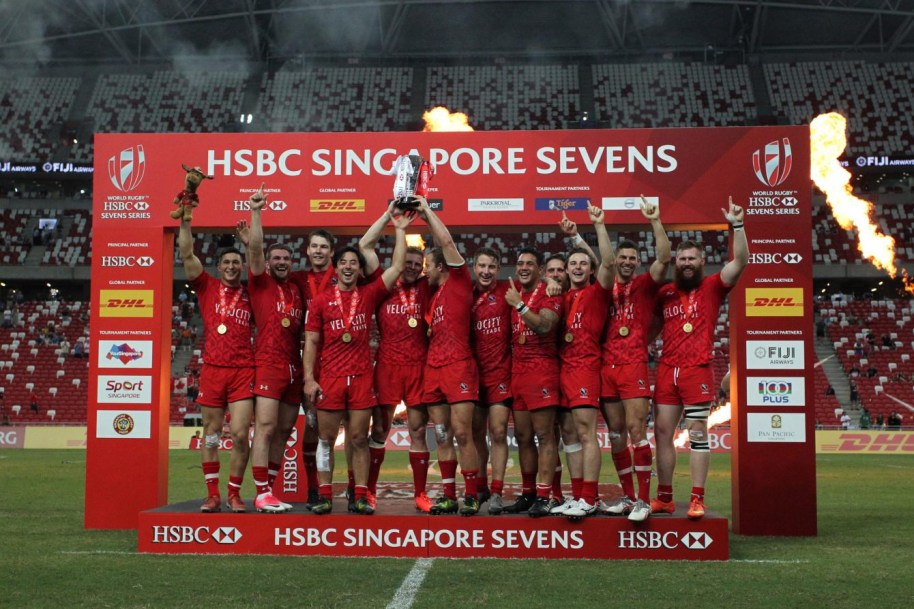 The Canadian men’s sevens squad earned their first ever cup title in Singapore, as they beat USA 26-19 in an all-North American final.

Having Captained this team for a number of years John Moonlight was thrilled to see their dedication pay off saying, “it’s hard to put that into words. We took a licking against Fiji yesterday, and from our coach. But we showed up today, we showed the world we can beat anyone. We beat three of the best teams today. We are flying. An unbelievable feeling.”

After going 2-1 in pool play on day one by beating Russia and Hong Kong but suffering a 35-7 loss to Fiji, Canada was victorious over New Zealand, England and USA on Sunday to claim the cup.

Nathan Hirayama scored a hat-trick, leading Canada to dominate over traditional rugby powerhouse New Zealand in the semifinal 26-14. Points came from Hirayama (three tries, three conversions) and Mike Fuailefau (one try). Offload passes like the one above were key to Canada’s success. 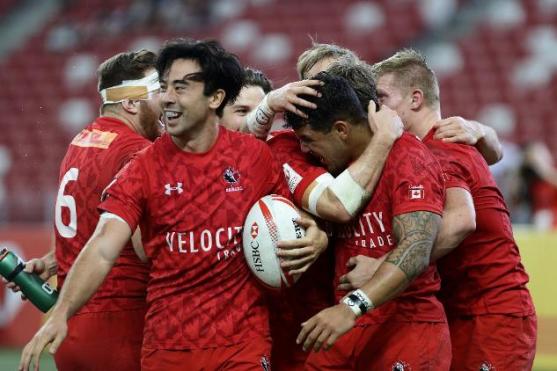 England was first to get points on the board scoring a try in the first half, however Canada’s momentum kept rolling after a terrific win over New Zealand. Three tries came from Isaac Kaay, Justin Douglas and Fuailefau, as well as a conversion from Hirayama to edge England 17-5 by the final hooter.

It was the cup final win over the skilled Americans that allowed Canada to hoist the cup. Canada emerged from the tunnel demanding a win, and set the tone with a 19-0 lead as Matt Mullins, Harry Jones and Fuailefau gave Canada three tries.

USA returned with tries from Perry Baker and Stephen Tomasin to bring the score to 19-12 at the half. Baker scored once more in the second half, to tie the game at 19-19. Toronto’s Lucas Hammond secured the historic win for Canada as he scored the last try in the final minute.

Canada’s next stop on the World Rugby Sevens Series will be in Paris, May 13-14.