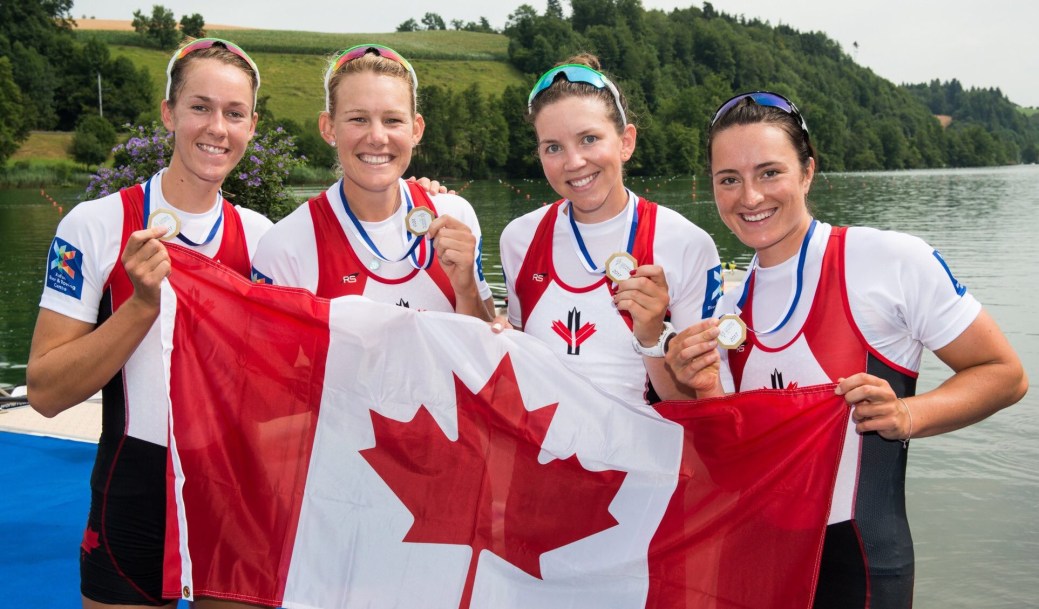 At the World Rowing Cup III in Lucerne, Switzerland on Sunday, Canada came away with two medals from women’s events, a bronze in the four and a silver in single sculls.

The women’s four boat featuring Hillary Janssens, Susanne Grainger, Christine Roper and Nicole Hare had the slowest start in the final, last of the six boats through the first 500 metres. Over the next 500m Canada had reeled in Great Britain and Poland and were neck-and-neck with the Netherlands.

Great racing by the women's four all weekend at #WRCLucerne! 🚣‍♀️🥉🇨🇦

Over the next 1000m to the finish line, Canadians and the Dutch jostled for the final podium position with Canada powering home in the end nearly a full three seconds faster to register a time of six minutes, and 40.860 seconds.

Australia won convincingly in 6:35.820, but the Russians – who grabbed silver – were just under a second (6:40.770) ahead of the hard charging Canadians at the line. 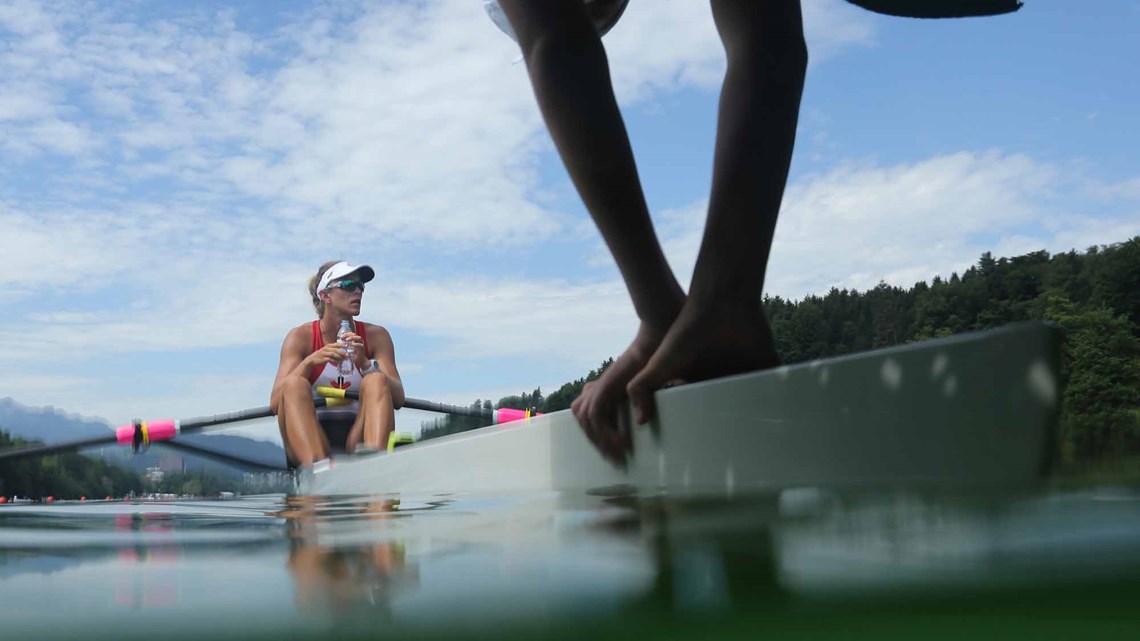 Carling Zeeman of Canada ahead of heats at World Rowing Cup III in Lucerne, Switzerland in July 2017 (Photo: Igor Meijer via World Rowing).

In single sculls Carling Zeeman gave Rowing Canada its second medal at Lucerne. In a similar fashion to the women’s four, the Canadian boat was at the back through the first 1000m. However, over the next 500m Zeeman would move from sixth to second, overtaking German, British and American rowers.

The rower relegated to third with Zeeman’s rise was Magdalena Lobnig of Austria, and she would give the Canadian a chase through the last 500m, but Zeeman managed to pull away and secure the silver medal in a time of 7:27.530.

Switzerland’s Jeannine Gmelin was the winner in 7:25.220. Both Gmelin and Lobnig had made Final A at Rio 2016 where they finished out of the medals in fifth and sixth places, respectively. Zeeman had to settle for Final B in Rio, but on Sunday she was among the elite and on the podium.

International rowing body FISA holds just three world cup events each year. Canada skipped the first two in Belgrade and Poznan before competing in Lucerne ahead of the World Championships that will take place this fall in the United States.