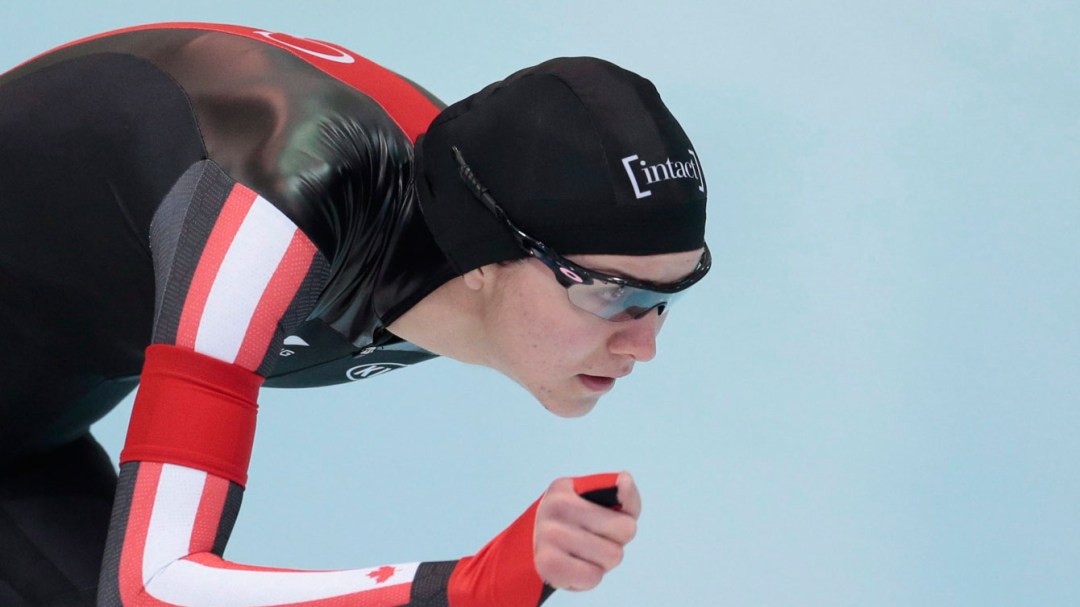 Don’t miss your chance to cheer on the athletes who will represent Canada at PyeongChang 2018 when they compete at home.

Here is a list of upcoming international, and some national, competitions that will take place in Canada.

The Whistler Sliding Centre will host one of eight stops on the Bobsleigh and Skeleton World Cup tour before the Winter Olympics in PyeongChang. If you want to see Kaillie Humphries before she wins her third Olympic gold medal in a row (no pressure Kaillie) you can get tickets and information from the Whistler Sport Legacies website.

Just a reminder that the @fisalpine World Cup is less than 50 days away! #justlakeit #lakelouise

Banff National Park hosts the best skiers in the world at the Alpine Ski World Cup in Lake Louise. This is your chance to see world medallists Erik Guay and Manuel Osborne-Paradis hit the slopes at top speed. For tickets and schedule information, check out the official event website.

Watch Canadians compete against some of the fastest skaters in the world in one of the last events before the Winter Olympics when they face off at the Calgary Olympic Oval. For more information, or to purchase tickets to watch Ivanie Blondin, , Ted-Jan Bloemen and Laurent Dubreuil compete, go to oval.ucalgary.ca.

Roar of the Rings – Ottawa, ON

The teams that win the men’s and women’s tournaments will represent Canada in curling at PyeongChang 2018. To cheer on your favourite curlers in this high-stakes tournament, get tickets from the official event website. 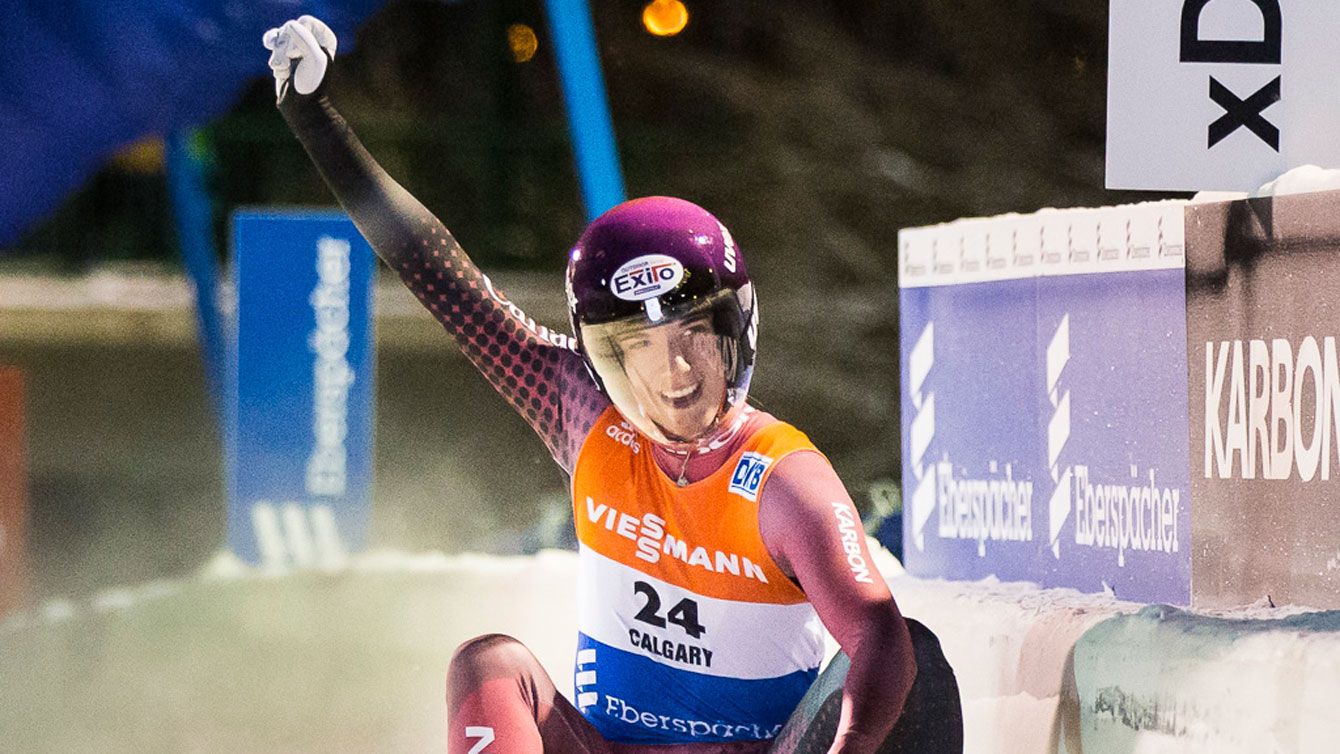 Canadian lugers have a great chance to win their first ever Olympic medal at PyeongChang 2018, and you have a chance to see them get ready on the track from Calgary 1988. For details about the only Canadian stop on the luge World Cup circuit, visit luge.ca.

On January 6, the Winsport Ski Centre in Calgary, AB will host the fourth stop of the moguls World Cup season. Over 100 athletes from 15 countries will compete including the Canadians, Mikaël Kingsbury and the Dufour-Lapointe sisters. For more details, visit calgaryworldcup.ca.

The Nationals, as the cool people call them, are the competition where skaters must bring their “A” game if they want to be part of the Olympic team. The top performers here form Team Canada at the Four Continents Championships, the World Championships, and the Olympics. For competition details and tickets, go to skatecanada.ca.

Ski cross is one of the most extreme competitions in the Olympic Games and you have a chance to see it before PyeongChang at the World Cup stop in Nakiska. Last time Nakiska hosted a World Cup event, Brady Leman won a bronze medal. Will he go for gold this time? Get tickets here and you can find out in person. 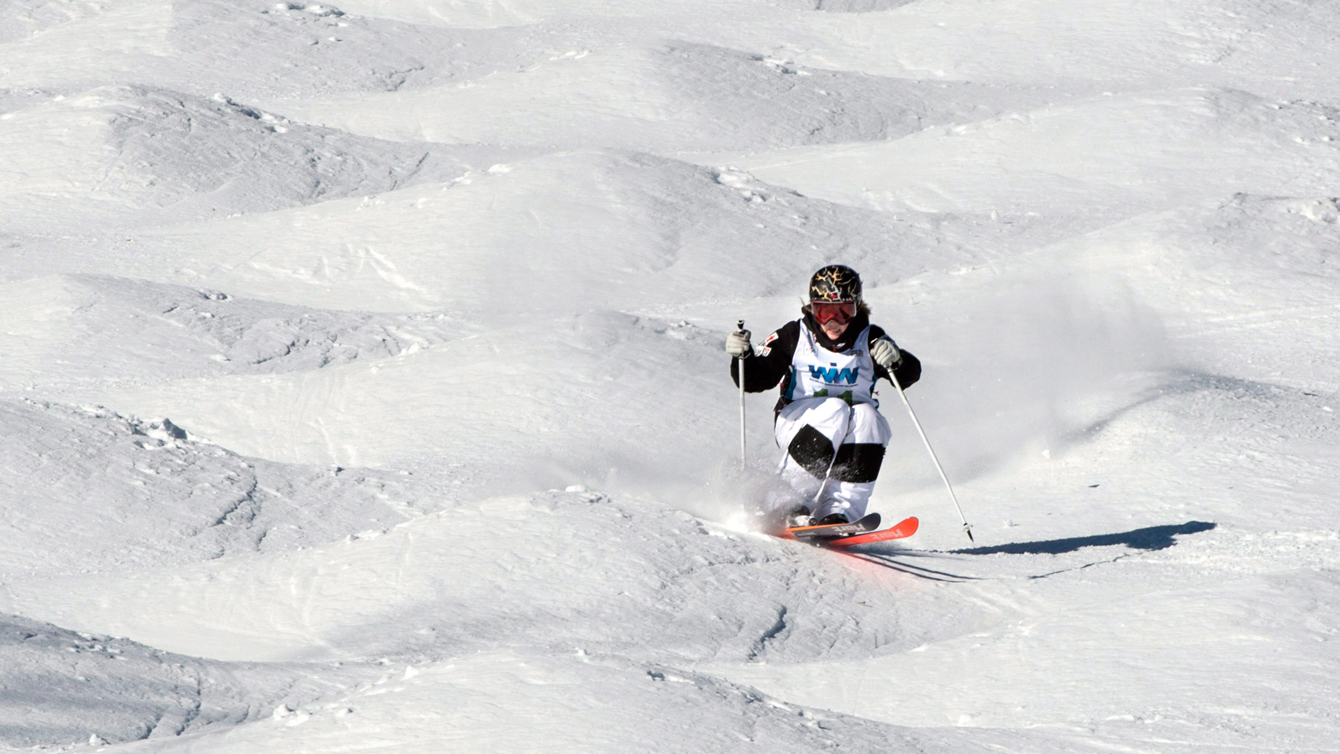 Justine Dufour-Lapointe in the women’s moguls competition at the FIS Freestyle Ski World Cup on January 23, 2016 in Val St-Come, Que.

Mont-Tremblant hosts the second Canadian stop on the moguls World Cup. Once again, the best moguls skiers from all over the world will try to secure their spot at PyeongChang 2018.

Only a few weeks after the end of the PyeongChang Games, the Maurice Richard Arena in Montreal will host the Short Track World Championships. Last time Montreal hosted the event, in 2014, over 12,700 spectators cheered on the over 140 skaters. Visit the official event website to purchase tickets.

The Memorial Gardens in North Bay will host the 12 best curling teams in the world, but only one can be crowned World Champion. Be among the lucky ones who get the chance to cheer on Team Canada and buy your tickets at curling.ca.

#Repost @fissnowboard with @repostapp ・・・ @markmcmorris does it again: backside triple 1440 mute and frontside 1440 mute to take the win at the seasons final #bigair #snowboardworldcup staged at the @snowjamboree whilst also earning the world cup and super series title. #snowboarding #superseries

A World Cup competition in the centre of Quebec City? It promises to be an experience not to miss! The best freestyle skiers and snowboarders in the world will be there. Don’t miss out on the big air and slopestyle events, visit the official Snow Jamboree website to get tickets.