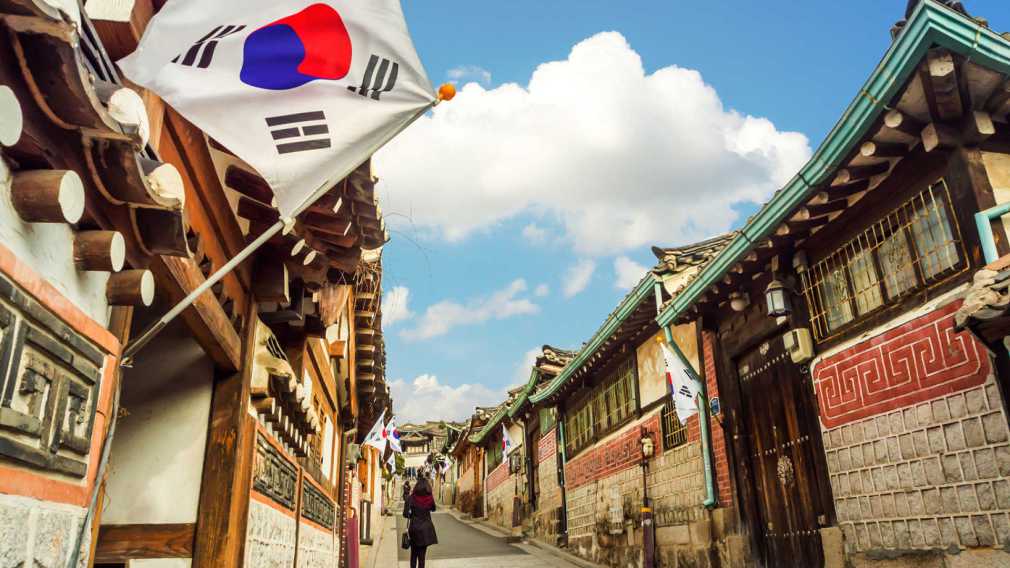 One of the most fun things to discover about a culture is their cooking. Korea is no exception.

Korean food stands out for the many side dishes that are served with meals. The number of side dishes can range anywhere from 2 to 12, but everyday meals feature at least a few. When you eat at a Korean restaurant, your various side dishes will be brought to your table before your meal in small bowls, and can be anything from vegetables to meat to seafood prepared in a variety of ways. Korean dishes are all served at the same time, so there are no separate courses like in Western cuisines. 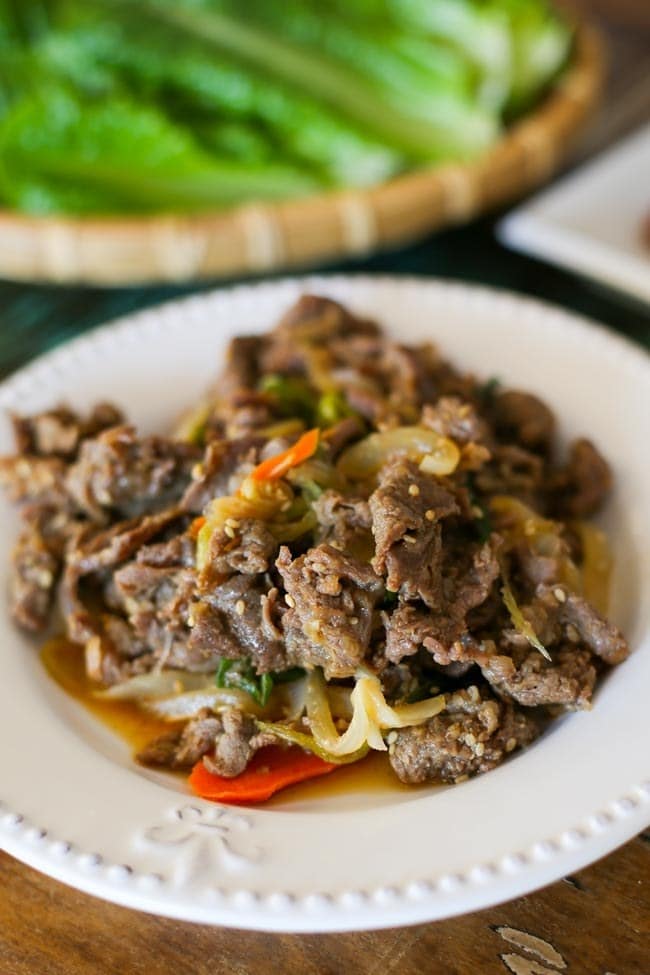 A juicy, savory dish of grilled marinated beef, bulgogi is one of the most popular Korean meat dishes in the world. In a 2011 CNN Travel’s reader’s poll, it was ranked as the 23rd most delicious food in the world. It is often grilled with garlic and sliced onions to add flavor to the meat. The meat is usually wrapped in lettuce and it is also traditionally eaten with ssamjang, a thick spicy red paste.

One of the most popular dishes in South Korea, samgyeopsal consists of grilled slices of pork belly meat that are not marinated or seasoned. They are typically dipped in a seasoning made of salt and pepper mixed with sesame seed oil, then wrapped in lettuce along with grilled slices of garlic, grilled slices of onion, shredded green onions, and kimchi. 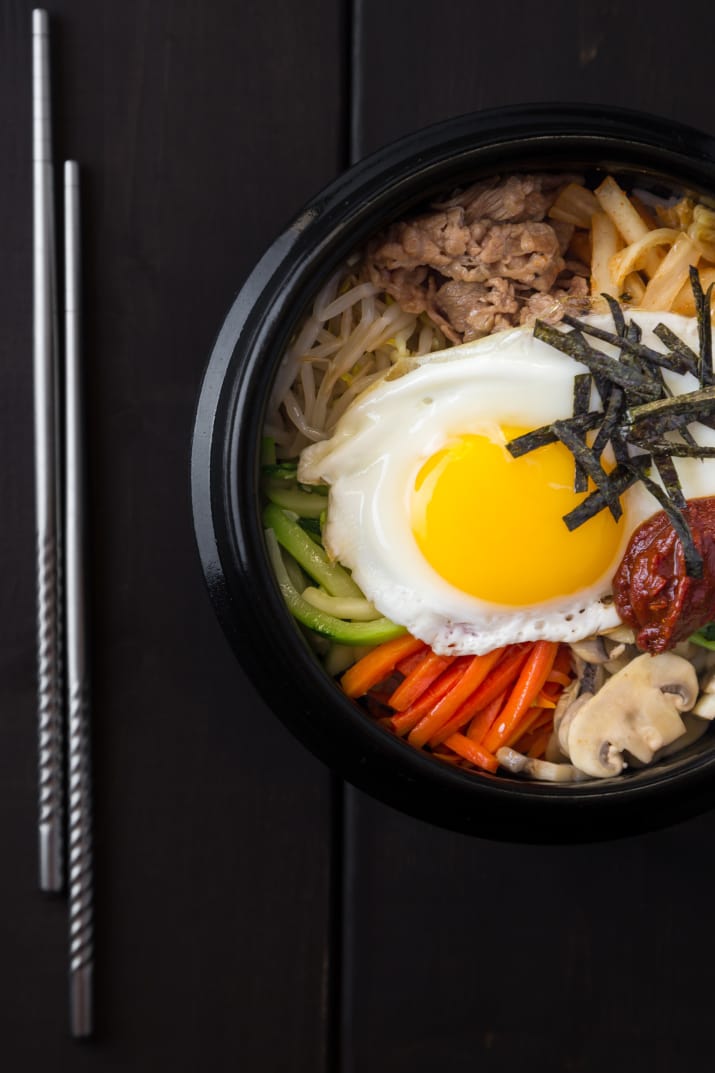 Bibimbap is essentially a bowl of mixed ingredients including, but not limited to, rice, namul (seasoned and sautéed vegetables), mushrooms, beef, soy sauce, gochujang (chili pepper paste), and fried egg.

A popular dish especially during the summer, samgyetang is a traditional soup made of chicken, garlic, rice, scallion, Korean jujube, Korean ginseng, and spices. The dish is known for its high nutritional value, and is very popular for its healthy contents but it also simply for its creamy and meaty flavor.

A version of pajeon, a pancake-like Korean dish made with green onions, egg batter, wheat flour, and rice flour, haemul pajeon brings seafood to the common pancake. Common seafood ingredients include, oysters, shrimp, squid, and clams. Haemul pajeon is usually eaten as a main course and is known for its soft and chewy texture and mixture of seafood flavors. 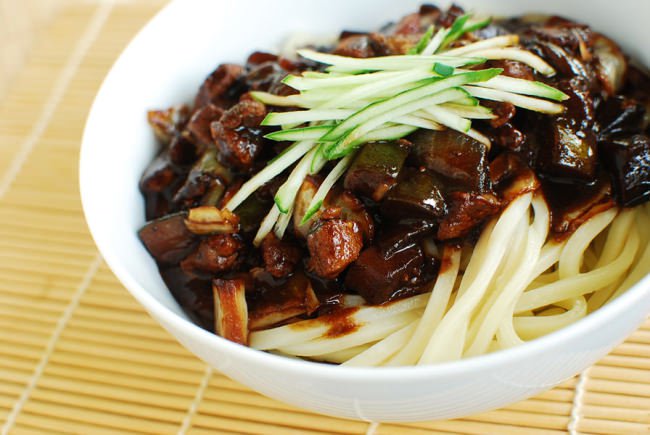 Jajangmyeon is a Korean-Chinese noodle dish topped with a thick sauce made of chunjang, diced pork and vegetables. Sometimes it is served with seafood. 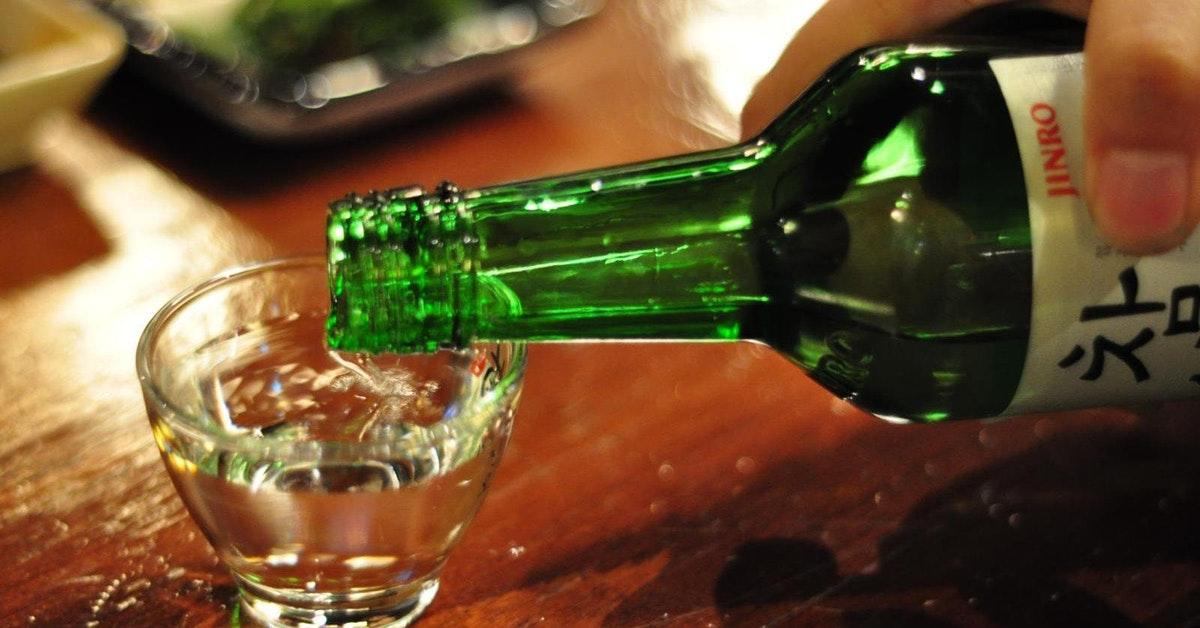 Soju is a clear, colorless distilled beverage of Korean origin. Its alcohol content varies from 16.8% to 53%, typically in the range of 18-21%. Traditionally made from rice, wheat, or barley, modern producers often replace rice with other starches such as potatoes, sweet potatoes, or tapioca. 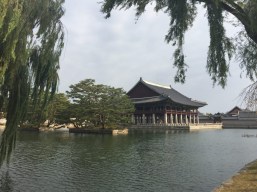 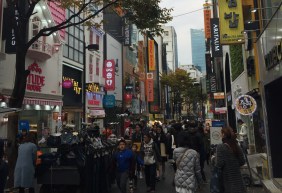 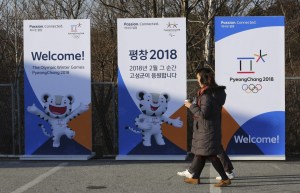 Club: Peel Archery Club and The Archers of Caledon Languages spoken: English and Korean Idols (in sport or other): Park...

Andrew Albers currently plays for the Buffalo Bisons, the AAA affiliate of the Toronto Blue Jays, after signing with the...