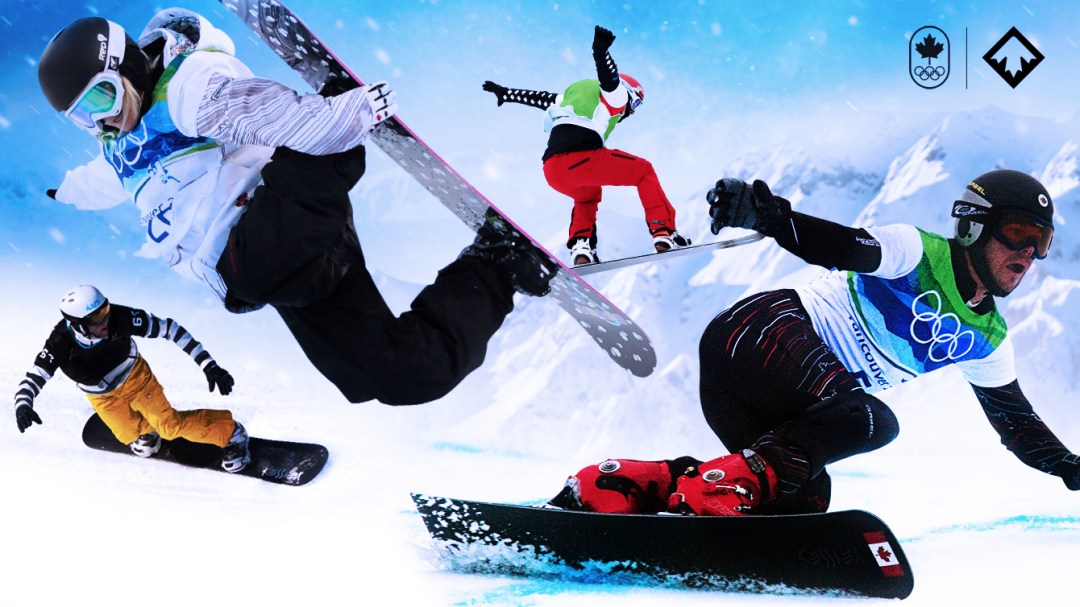 Following the earlier reveal of who would represent Canada in the slopestyle and big air events, we now know which snowboarders will wear the maple leaf in parallel giant slalom, snowboard cross and halfpipe at the upcoming Olympic Winter Games.

Jasey-Jay Anderson is the most experienced of all Canadian athletes going to PyeongChang, which will be his sixth Olympic Winter Games since his debut at Nagano 1998. This makes him the first Canadian winter athlete to return for six Games. 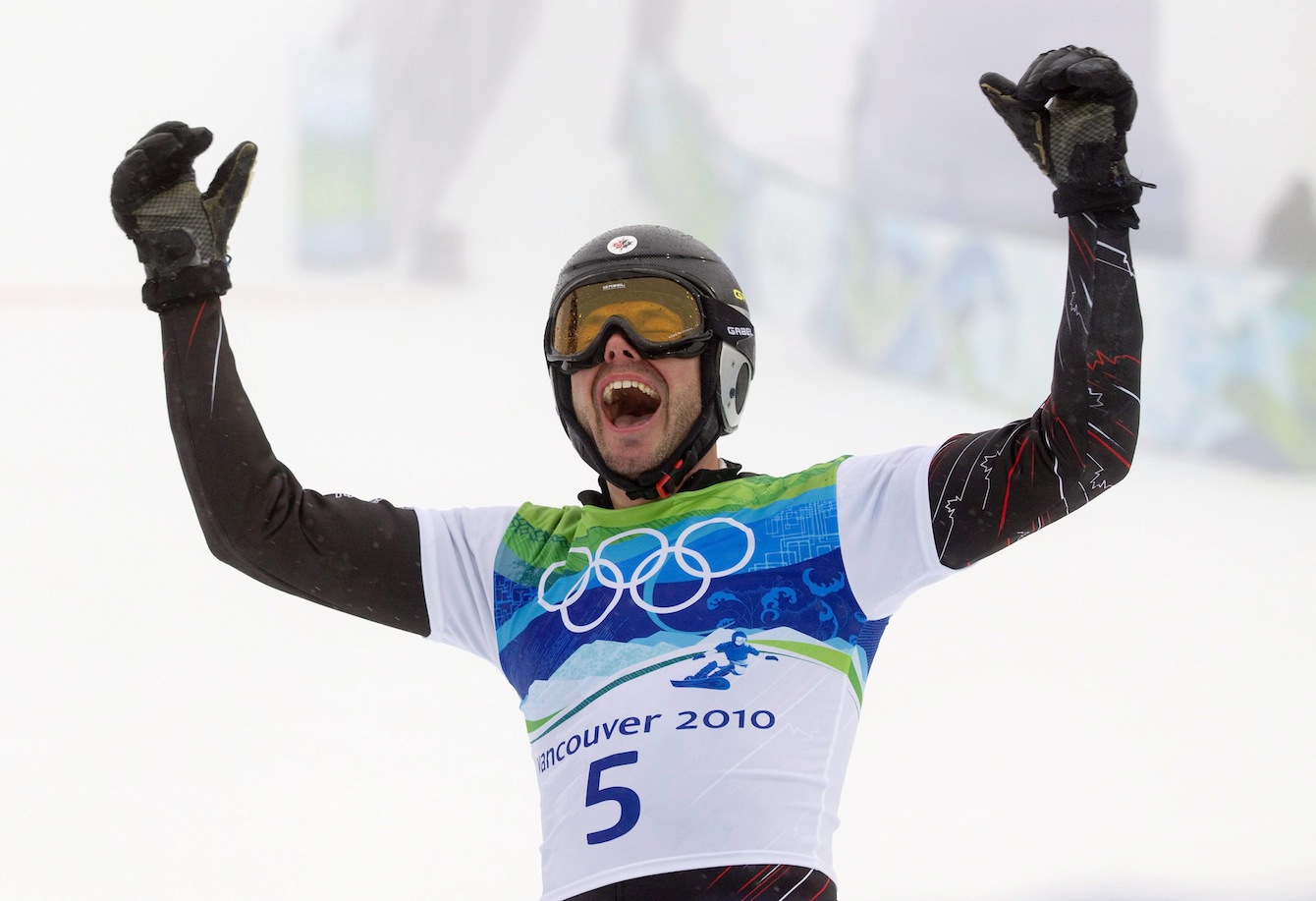 Heading up the snowboard cross team are returnees Kevin Hill and Chris Robanske, both back for their second Games. In 2015 Hill earned Canada’s best men’s snowboard cross finish in a decade by winning silver at the world championships and won the Winter X Games in Aspen a week later. Robanske has six career World Cup podiums, including two wins.

“I honestly don’t put much pressure on myself going into the Games but I have one thing on my mind and that’s getting on the podium,” Hill said. “For that to happen it has to be my day where everything lines up in place just like X Games 2015: you wake up, you feel good, your starts are perfect and you ride like no one can touch you all day. I know that the entire team is going to shine and make Canada proud.” 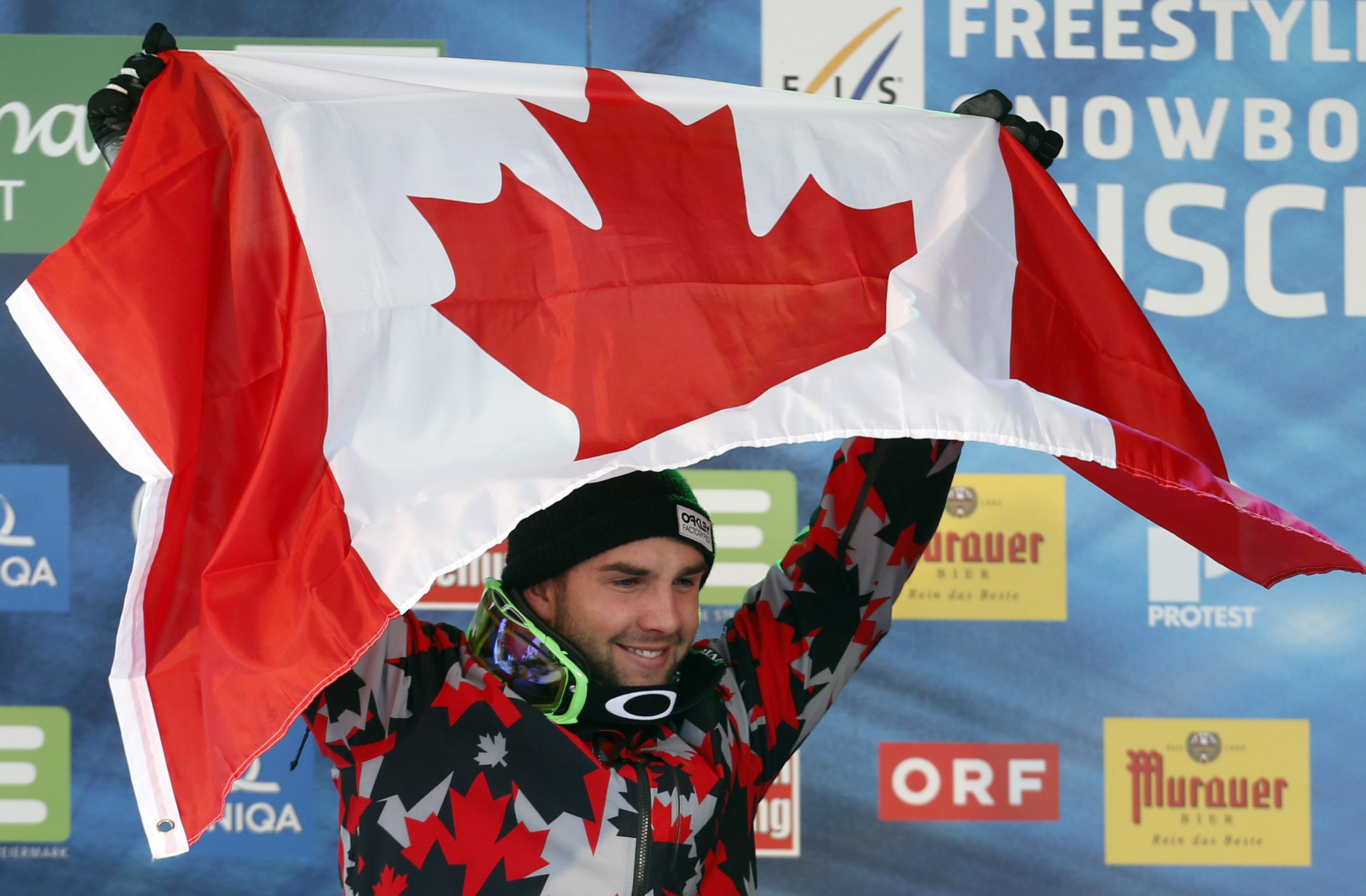 Joining them will be five newcomers.

Meryeta O’Dine won her first World Cup podium last year with a bronze medal in Germany. Her breakthrough did not come without some challenges though. Earlier in the season she’d suffered a bruised heel and nearly ruptured a ligament. She also endured a couple of concussions and has since been focusing on her mental health to give her the best longterm results.

SAY WHAT! First podium at 19 I am SO stoked on this!! 3rd place in the Feldberg World Cup here in Germany 🇩🇪!! Had an amazing time today in the sun representing @canadasnowboardteam and my home town! For those at home CBC will air the race at 1:00 pm PST!! Huge shout out to my coaches, techs, teammates, friends and family for the ongoing support! MUCH LOVE💯💝 #sbx #sunnydays #worldcup #snowboarding #lovingit

A national team member since 2011, Carle Brenneman was an alternate for Sochi 2014. But last year she was Canada’s top-ranked woman in snowboard cross at the world championships. In March 2017, she teamed with Tess Critchlow for a World Cup bronze in the non-Olympic snowboard cross team event. Critchlow’s individual career is highlighted by four top-10 World Cup finishes, including sixth-place in Germany in January 2016 and Bulgaria in February 2017.

Zoe Bergermann rounds out the women’s snowboard cross squad. After missing essentially all of the 2014-15 season while dealing with a rare form of arthritis called Still’s disease, she posted her career-best result in her first World Cup back, finishing fourth.

Headlining the halfpipe team is Mercedes Nicoll, who’s returning for her fourth Olympic Winter Games. At Vancouver 2010 she posted the second-best Olympic result ever by a Canadian halfpipe snowboarder (male or female) when she finished sixth. A concussion suffered at Sochi 2014 forced her to take two years away from competitive snowboarding, but she returned in 2016 to win her fifth national title. 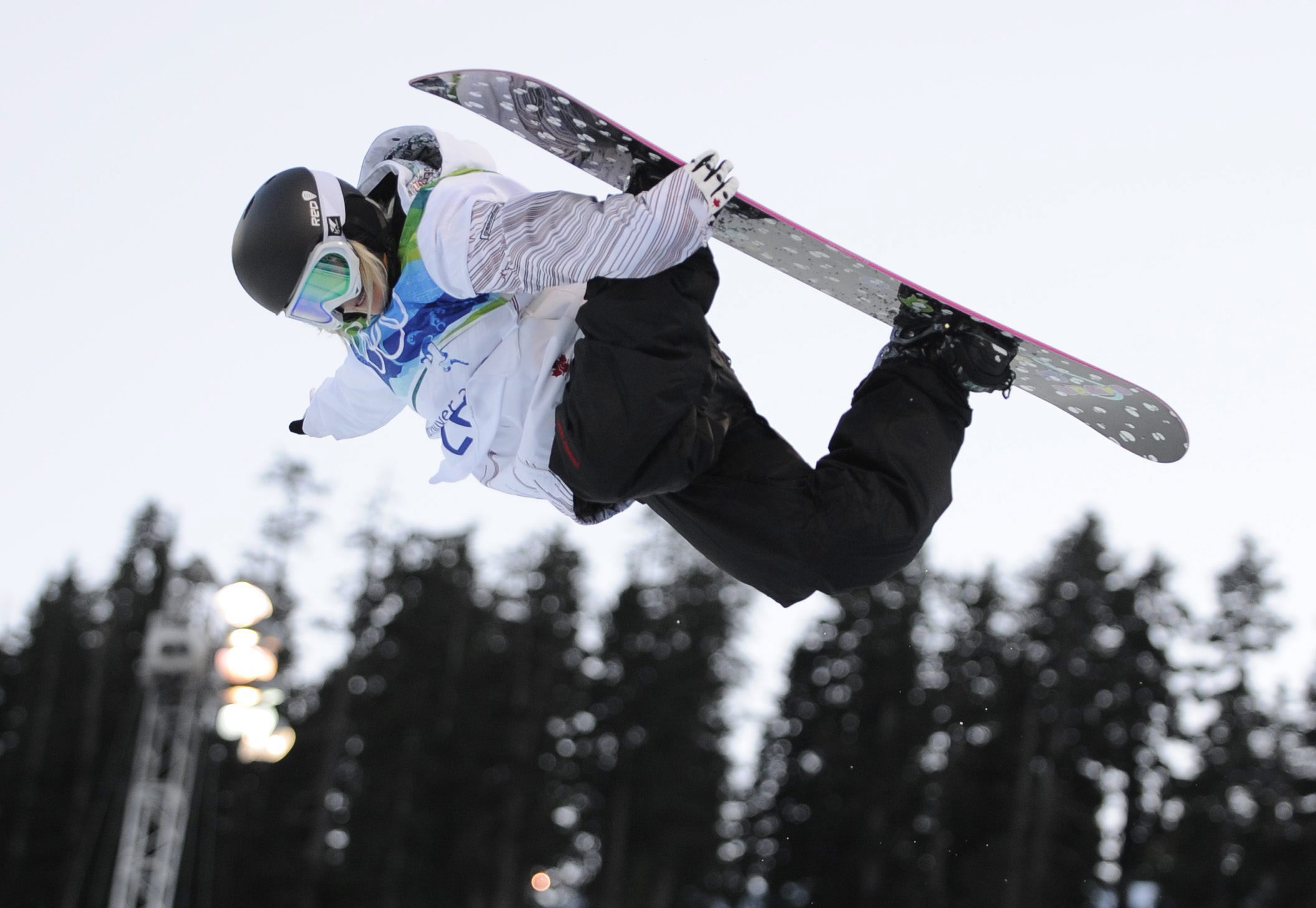 The other returning halfpiper is Derek Livingston, who fulfilled his dream of competing at the Games at Sochi 2014, where he was the top ranked Canadian male halfpiper, missing a spot in the semifinal by one place.

“Having qualified for the Olympics for my second time is pretty amazing,” he said. “Last time I was a rookie and this year I’ve got more tricks, more experience, and more drive. The halfpipe at the test event was one of the best pipes I’ve ridden and I am really excited to compete for Canada and better my results from my first Games.” 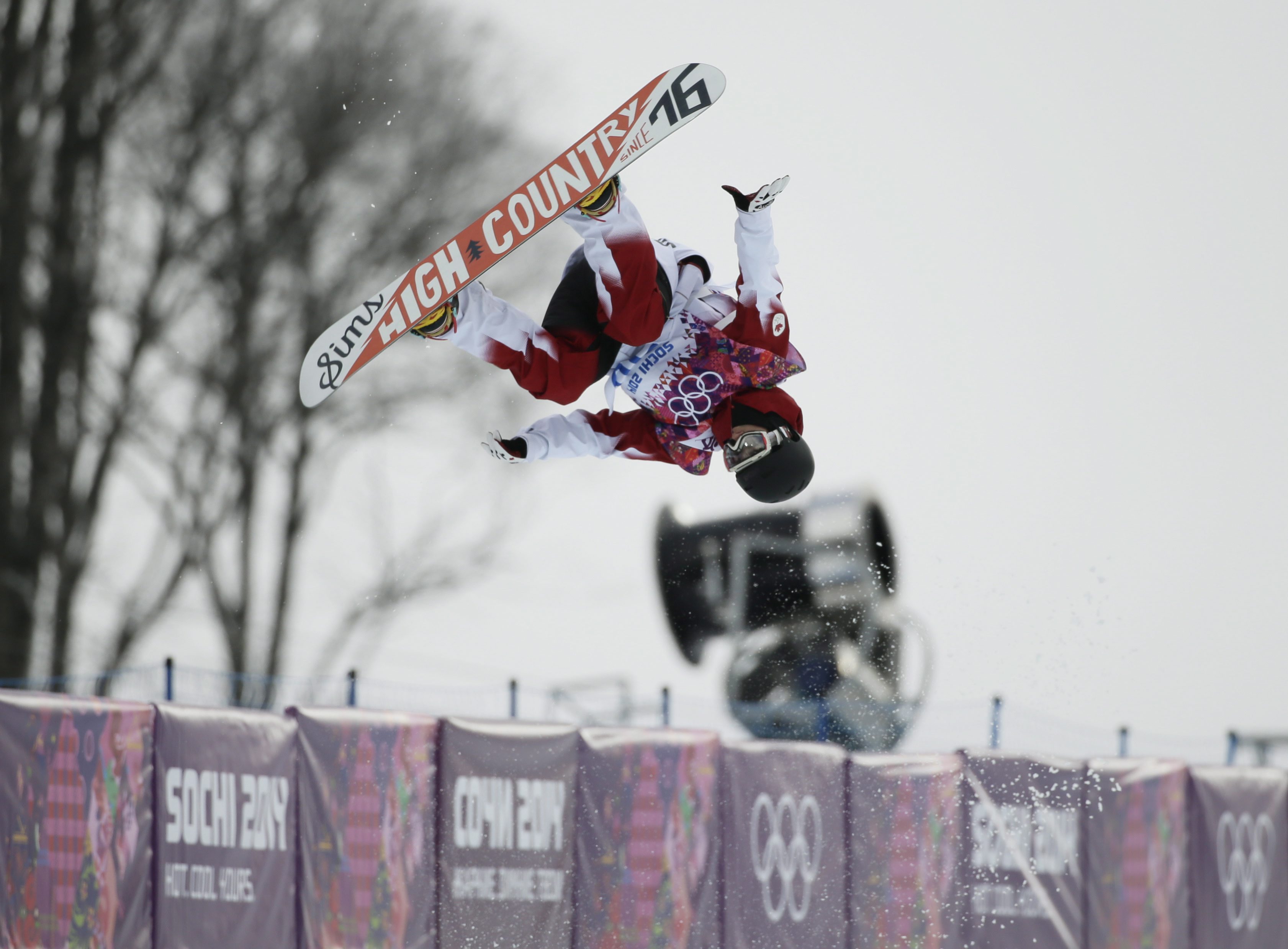 At just 16 years old, Elizabeth Hosking will be the youngest Canadian athlete to participate at PyeongChang 2018. She debuted at the FIS World Championships last year, coming out as the top-ranked Canadian halfpiper with her 14th place finish, then just 15 years old.

Calynn Irwin is the last rookie joining the squad. A World Cup competitor since she was 16, Irwin finished an impressive 10th at the Burton US Open in March 2016.

Michael Lambert made his Olympic debut at Vancouver 2010 as a member of the very strong Canadian men’s alpine snowboard...