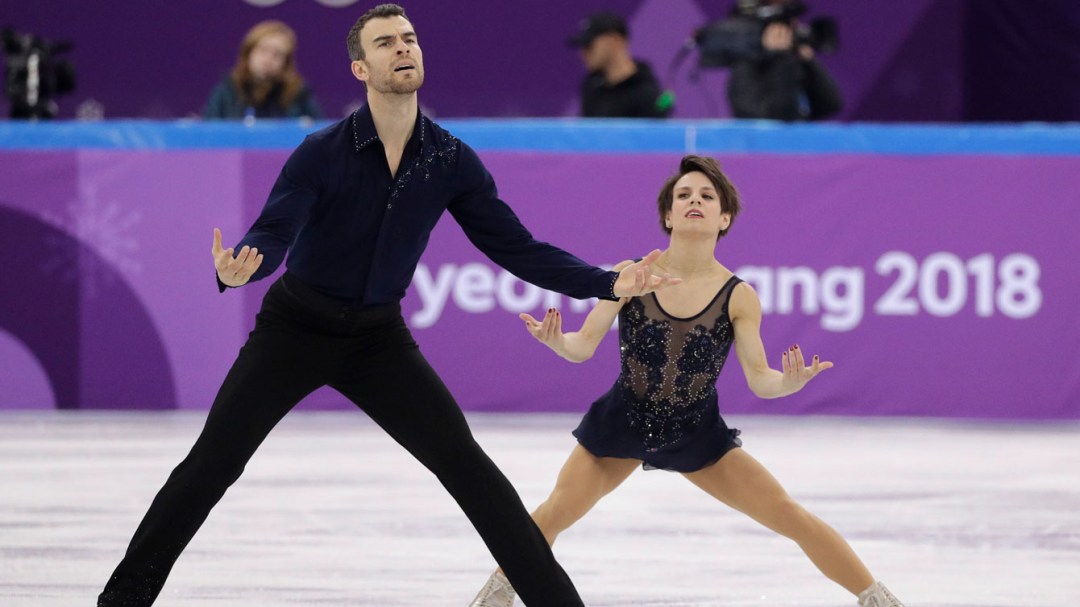 Two days after winning Olympic gold in figure skating’s team event, Meagan Duhamel and Eric Radford are in contention for the podium once again in the pairs event.

The two-time world champions sit in third place after the short program with 76.82 points, just 0.32 off their season’s best mark. They were quite content with their performance, especially since it came on the heels of  standing atop the podium. But they said that experience just inspired them to achieve even more in PyeongChang.

“We felt right where we wanted to be when the music started, we did some good elements, not great,” said Radford. “But I think we can take those little things that were off and give ourselves a target for tomorrow.”

Their timing was slightly off in their side-by-side triple Lutzes, with Radford picking in just ahead of Duhamel. But they entered the jumps with the mindset that they would each do their jobs as individuals to ensure they got the rotations and clean landings they were looking for.

“I saw Eric reach and I had a moment where I was like ‘I’m not ready’ and then I was like, it doesn’t matter, take your time,” said Duhamel. “Because I was calm, I was able to take my time. If I was feeling anxious or nervous I would have rushed myself and gone with him and I probably would have popped it.”

The class of the field in the short program were the reigning world champions from China, Wenjing Sui and Cong Han, who scored 82.39 points for their performance to k.d. lang’s version of Hallelujah as they earned level 4 on all of their technical elements. Just behind with 81.68 points are Olympic Athletes from Russia Evgenia Tarasova and Vladimir Morozov, who were equally technically proficient.

But then the standings get really tight. Just 0.23 of a point behind Duhamel and Radford are two-time world medallists Aliona Savchenko and Bruno Massot of Germany. They had a costly mistake when Massot doubled their planned side-by-side triple Salchows. China’s number two team, Ziaoyu Yu and Hao Zhang are only a point back of the Germans, so the free skates should make for an interesting competition.

“I think that especially in a field this deep, we could have taken ourselves completely out of the mix with missing a major element and we didn’t do that,” said Duhamel. “We kept ourselves in the mix and that makes us feel going going forward.”

In an funny story, it was Massot who had helped Duhamel get to the Gangneung Ice Arena on time for the short program after a very eventful morning for the Canadian skater.

I'm heading to the rink to compete at the #olympics and I just dropped my phone into a non-flushed toilet bowl. That's right. No better way to humble me before the biggest skate of my life. #oopsie #phonefail

Update: the hanger carrying my dress broke from the wind. And I was stepping into the wrong bus but Bruno Massot saved me from going to the wrong venue. Haha! Ok! Im ready to nail this short! 👊

Canada’s other two pairs also qualified through to the free skate. In their Olympic debuts, Julianne Seguin and Charlie Bilodeau are in 12th place while Kirsten Moore-Towers and Michael Mariano are right behind in 13th place.

The pairs free skate will begin on Thursday morning in PyeongChang at 10:30 am KST, which is 8:30 pm ET and 5:30pm PT Wednesday night in Canada. 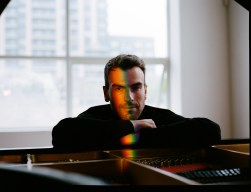 After having two seasons cut short due to injury, Chris Robanske finally had a healthy and successful campaign in 2012-13,…