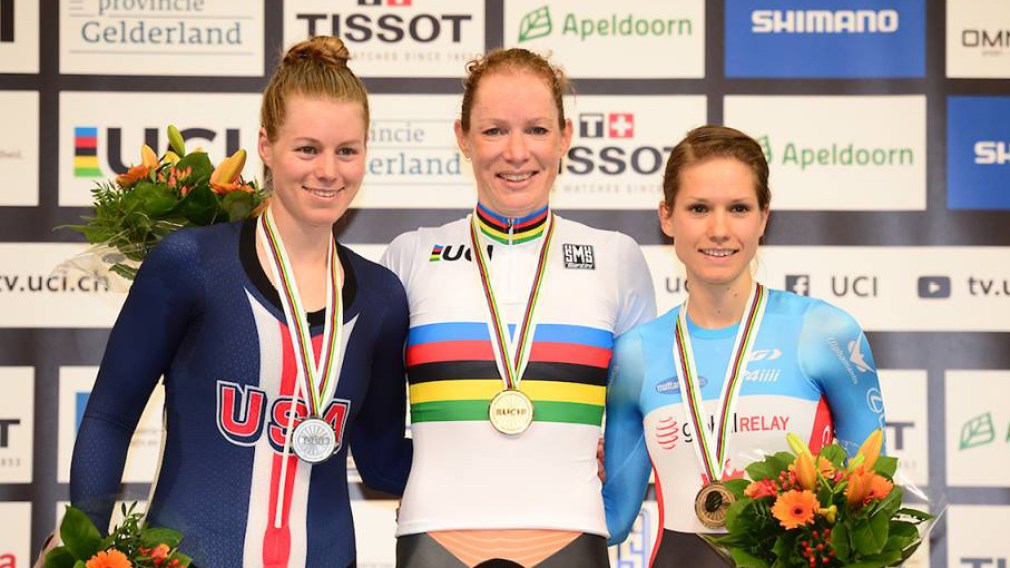 By The Canadian Olympic Committee
March 4, 2018

Canada has returned to the podium of a UCI Track Cycling World Championships after missing out last year, and it’s a familiar face grabbing the glory for the red and white with Jasmin Duehring winning her ninth career medal at this stage.

The double Olympic medallist in team pursuit won an individual bronze on Sunday in Apeldoorn, Netherlands, finishing third in the women’s points race behind Kirsten Wild of the Netherlands and American Jennifer Valente. 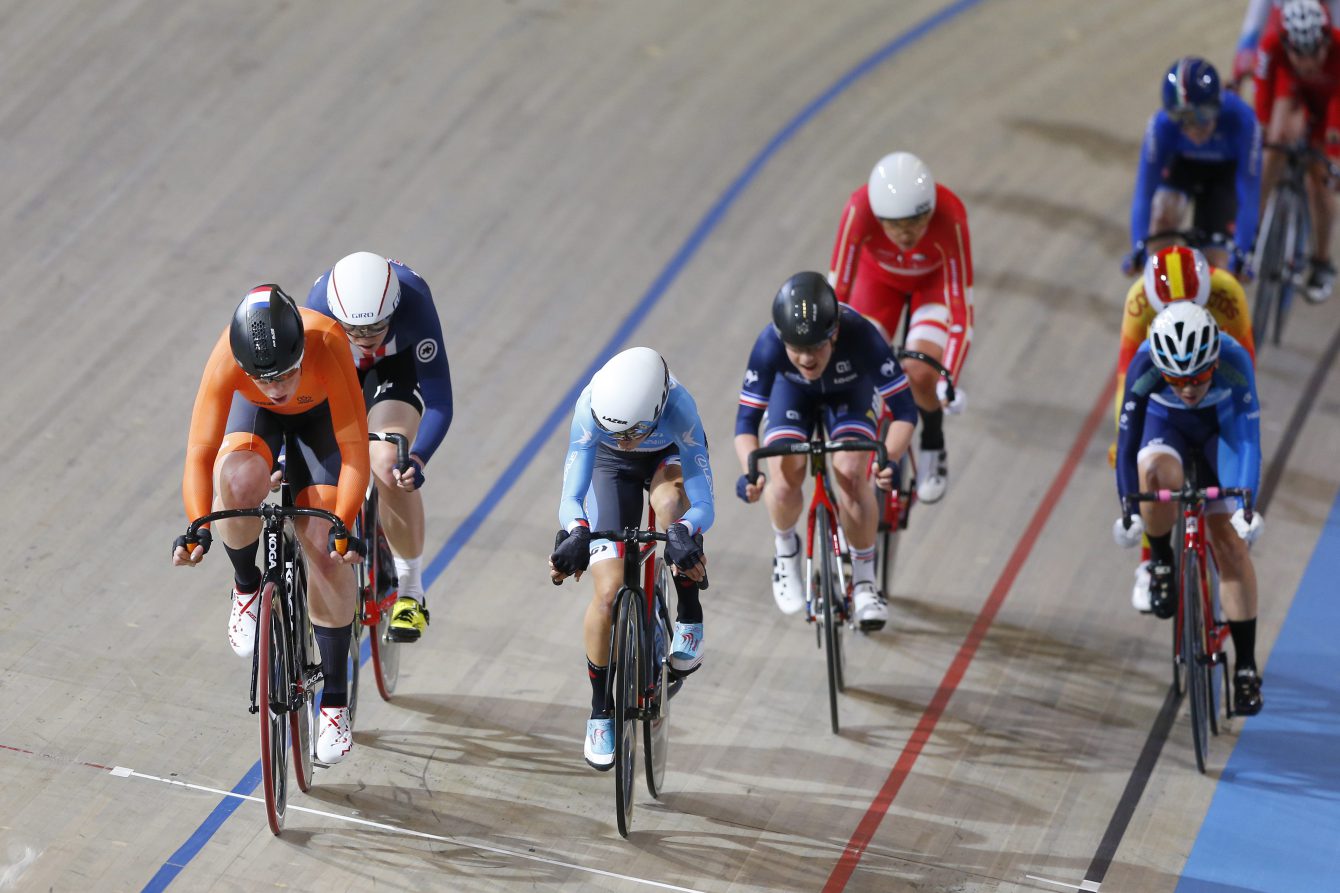 Duehring’s 30 points just edged Gulnaz Badykova of Russia by a single, with sprint points (10-9) making the difference between the two cyclists.

It’s the fourth time that Duehring has made the points race podium at worlds. It has happened every two years since 2012 in Melbourne when she won silver. Two years later in Cali, Duehring won bronze in this event, and returned to the second step of the podium in London in an Olympic year in 2016. Her other five medals at worlds, and both Olympic podiums, have come in team pursuit.

On Friday, Canada narrowly missed out on a medal finishing fourth behind Italy in women’s team pursuit. The team of Allison Beveridge, Ariane Bonhomme, Annie Foreman-Mackey and Stephanie Roorda had finished fifth fastest in qualifying, then beat Poland for a shot at third place. The United States beat Great Britain for gold.

Racing at home, Dutch cyclists won most gold (5), and they also took the overall medals (12) by a wide margin. Germany, Great Britain and Australia all took six medals each.

Last time Canada found a world championships podium was in 2016 with a stellar showing of a pair of silver and bronze medals. Duehring took two of her nine worlds medals from that competition in London.

Duehring delivers for Canada with track cycling bronze at worlds
Team Canada and Hudson’s Bay unveil Tokyo 2020 uniform kit
Wearing the maple leaf: Team Canada through the decades
What is the difference between racquetball and squash?
Shuttlecock and balls: The fastest moving objects in sport
Brandon McBride: Keeping His Head on a Swivel