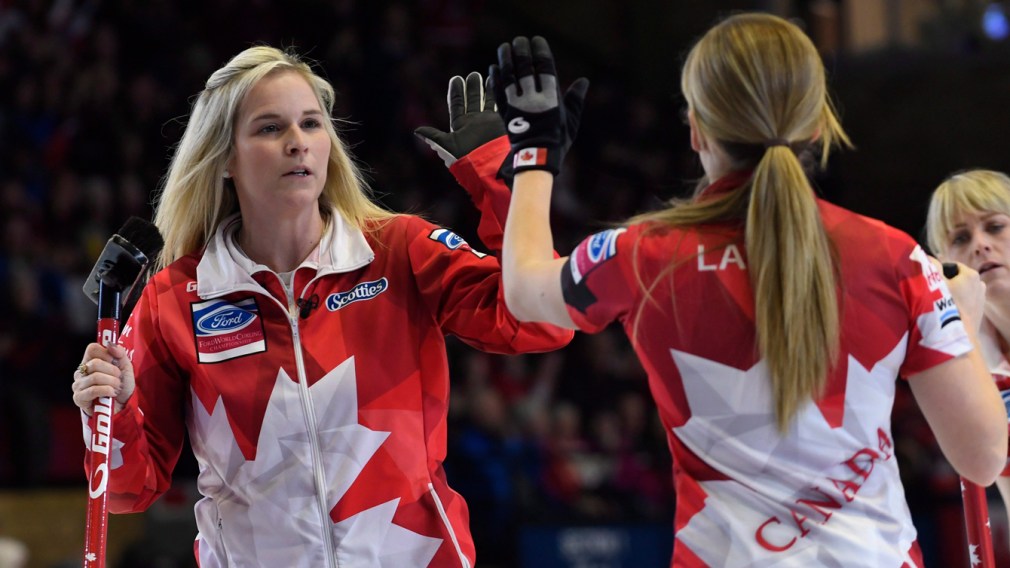 By The Canadian Olympic Committee
March 24, 2018

For the third time in four years Canada will play for the title at the World Women’s Curling Championship with the Jennifer Jones rink beating the United States 9-7 in North Bay, Ontario on Saturday.

The Canadian team consisting of Sochi 2014 Olympic champions Jones, Kaitlyn Lawes, Jill Officer and Dawn McEwen got off to a flying start in the semifinal between the North American rivals when Jones had a clean hit for three in the opening end for a 3-0 lead. 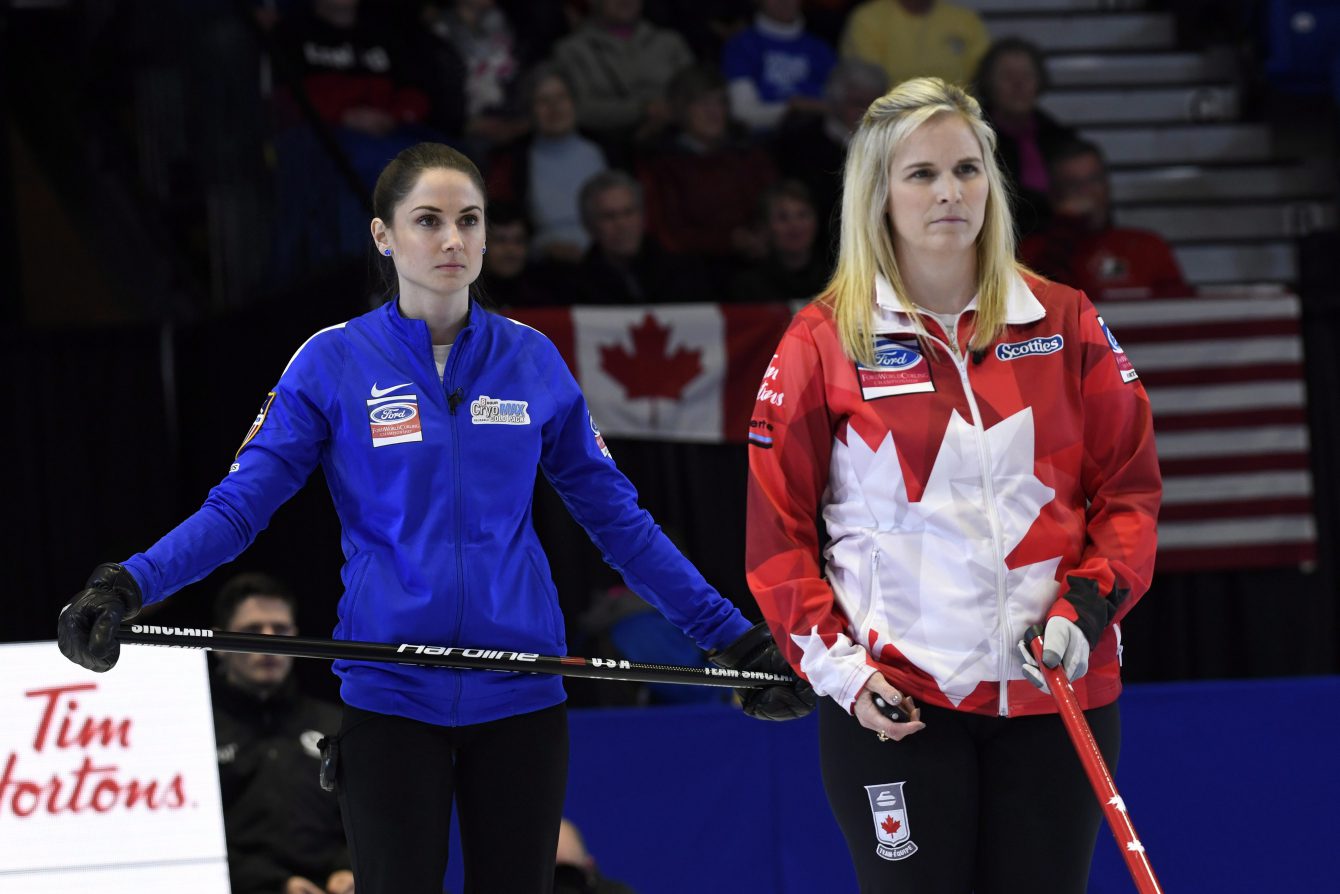 The US  got one back in the second when skip Jamie Sinclair secured a single against five Canadian rocks, cutting the deficit to 3-1.

In the third end, Jones missed the draw for another three with Canada holding the hammer, but Lawes had earlier set her rink up well to pick up a double for a commanding 5-1 lead.

The Americans responded with two of their own in the fourth, and followed that up by holding the home country to a single in successive Canadian ends, leading to a key moment in the eighth. Down 7-4, Sinclair drew the last stone for two and suddenly one point separated the sides with Canada leading 7-6. 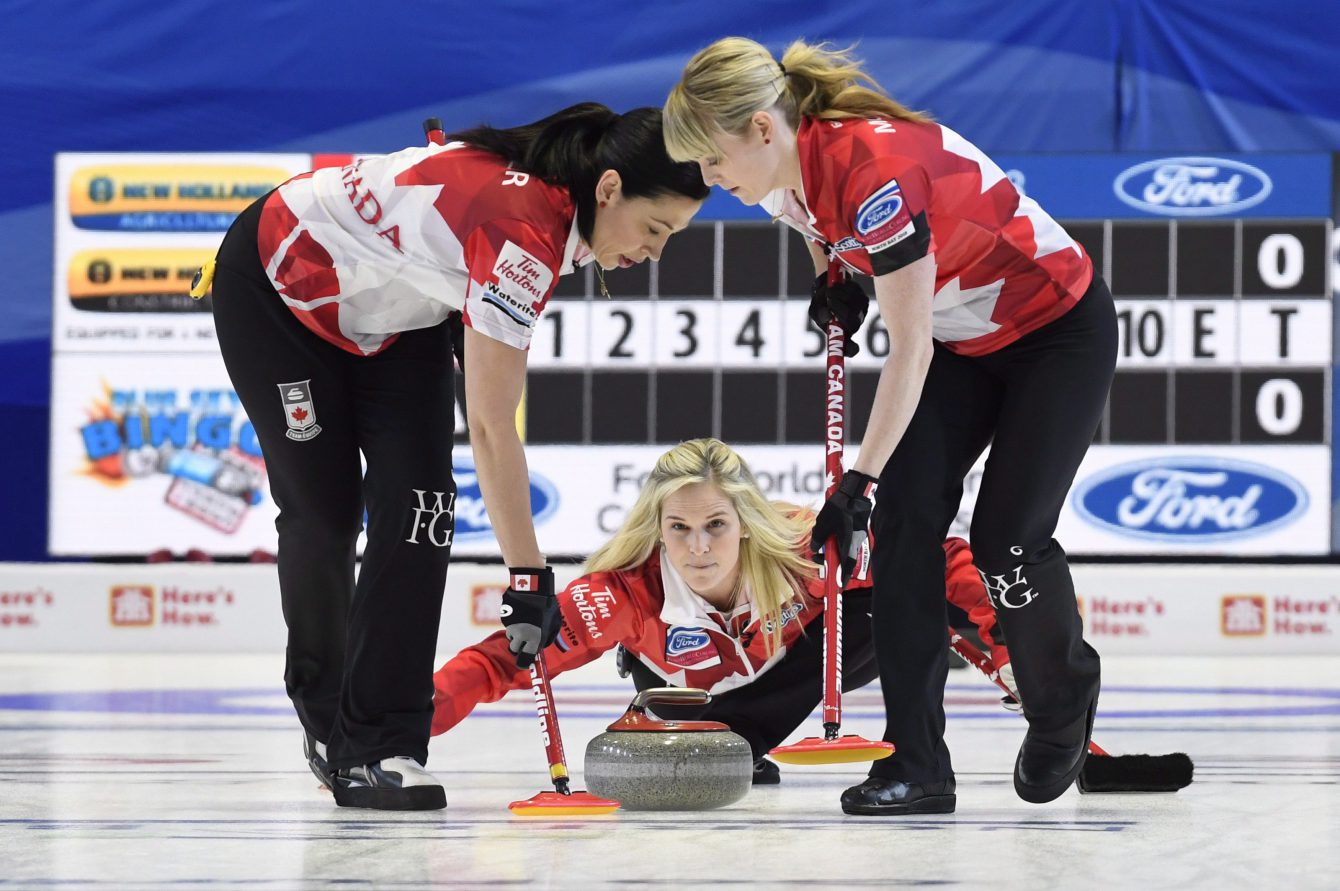 Back with the hammer in the ninth, Jones threw the first of her two evading a pair of guard rocks to knock out an US stone. With Canada sitting for two, Sinclair came right back by sliding her final stone to the top of the button protected by a guard rock. That put the pressure back on Jones, but the Canadian skip couldn’t get the line on her draw and the US stole one to level at 7-7.

The undefeated Canadians (12-0 record in this tournament) now had their unblemished week and a shot at gold on the line holding the hammer at the 10th end. Down to the last stone, Jones wouldn’t be denied this time as she pushed an American rock out for two to win the semifinal.

Canada will play Sweden for the gold on Sunday at 3 p.m. ET (on TSN) for a chance at back-to-back gold. Last year Rachel Homan‘s rink brought the world title home, and the Jones rink was in the 2015 final a year after winning Olympic gold.

Canada set for golden Swedish showdown on Sunday at women’s curling worlds
12 Team Canada athletes who are Winter and Summer Olympians
De Haître: 2 sports, 2 Olympic Games, 7 months. Challenge accepted.
Shuttlecock and balls: The fastest moving objects in sport
McBean: Chaos and change can provide the greatest opportunities
What is the difference between racquetball and squash?