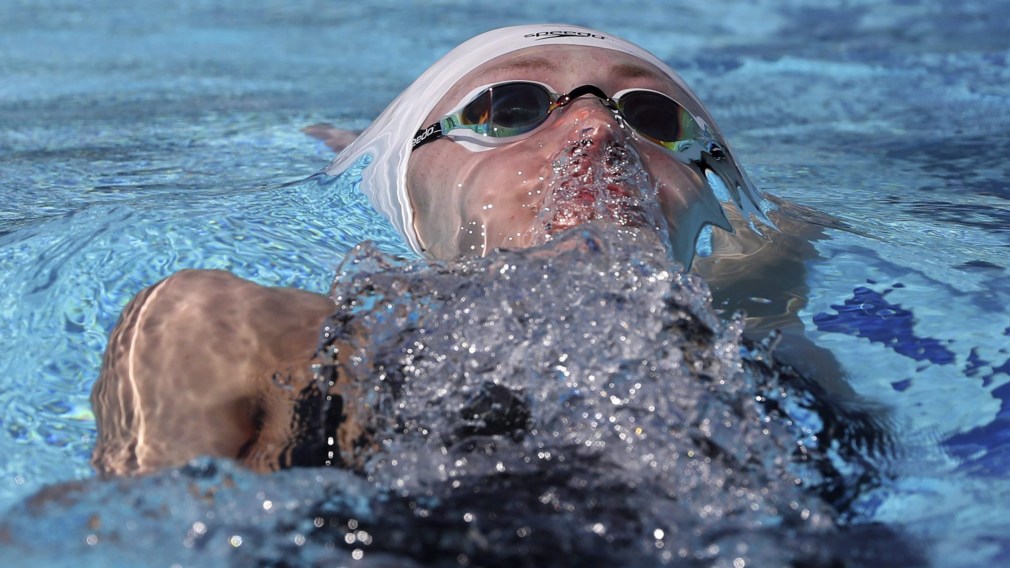 Taylor Ruck is leaving Barcelona with two more medals, winning gold and silver on Thursday to close out the second stop of the Mare Nostrum series.

A day after she was victorious twice and led a Canadian podium sweep, Ruck finished first in the women’s 200m backstroke and second in the 100m freestyle.

Just like Wednesday, Ruck only had about 30 minutes between her two finals. First up was the 100m freestyle, in which her time of 53.39 seconds was just seven one-hundredths of a second slower than world championship medallist Pernille Blume of Denmark. Japan’s Rikako Ikee claimed the bronze in 53.92 seconds while Ruck’s teammate Kayla Sanchez was 0.39 behind in fourth place.

In the 200m backstroke, Ruck led from start to finish, completing the four lengths of the pool in 2:07.96, giving her the win by nearly half a second over Daria Ustinova of Russia. Luo Si of China was almost three seconds back for the bronze.

Ruck now has a day off before the Mare Nostrum series finishes up in Monaco on Saturday and Sunday. She has collected nine medals in the first two stops, winning two gold and three silver at the opener in Canet-en Rousillon, France last weekend. That comes after her history-making effort at the Commonwealth Games in Gold Coast, Australia where she won eight medals.

Two more Mare Nostrum medals for Taylor Ruck in Barcelona
What to expect from Canadian tennis players at the French Open
Shuttlecock and balls: The fastest moving objects in sport
Adventure, culture and food: 9 things Peru is famous for
55 Olympic and Paralympic hopefuls awarded the 2020 Petro-Canada FACE™ grant
Katherine Surin: Lessons learned from an ordinary yet extraordinary father