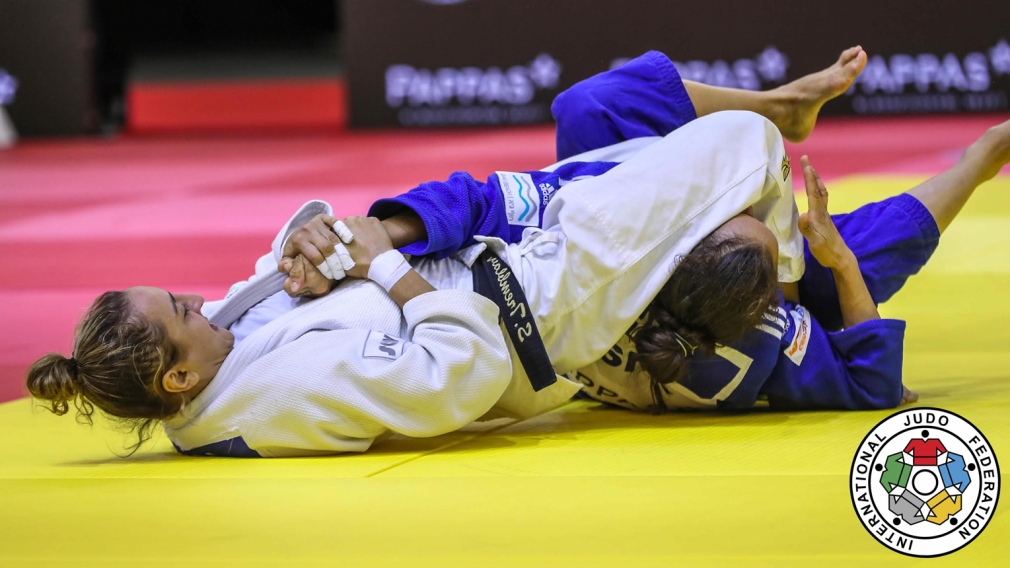 On Friday Canada doubled up on the podium in third place, with Ecaterina Guica and Christa Deguchi both winning bronze in their respective weight classes.

Guica faced off against Israel’s Gili Cohen for the -52 kg bronze medal. In less than a minute into their match, Guica put Cohen into an armlock and scored an ippon.

The Canadian judoka commented on her victory: “I’m very happy with my performance. It had been a year since I stood on the podium in a Grand Prix. I executed what I had planned with my coaches. I had a different approach to the tournament. I had fun, I was patient, and I felt really strong when I had an opening on the floor.” 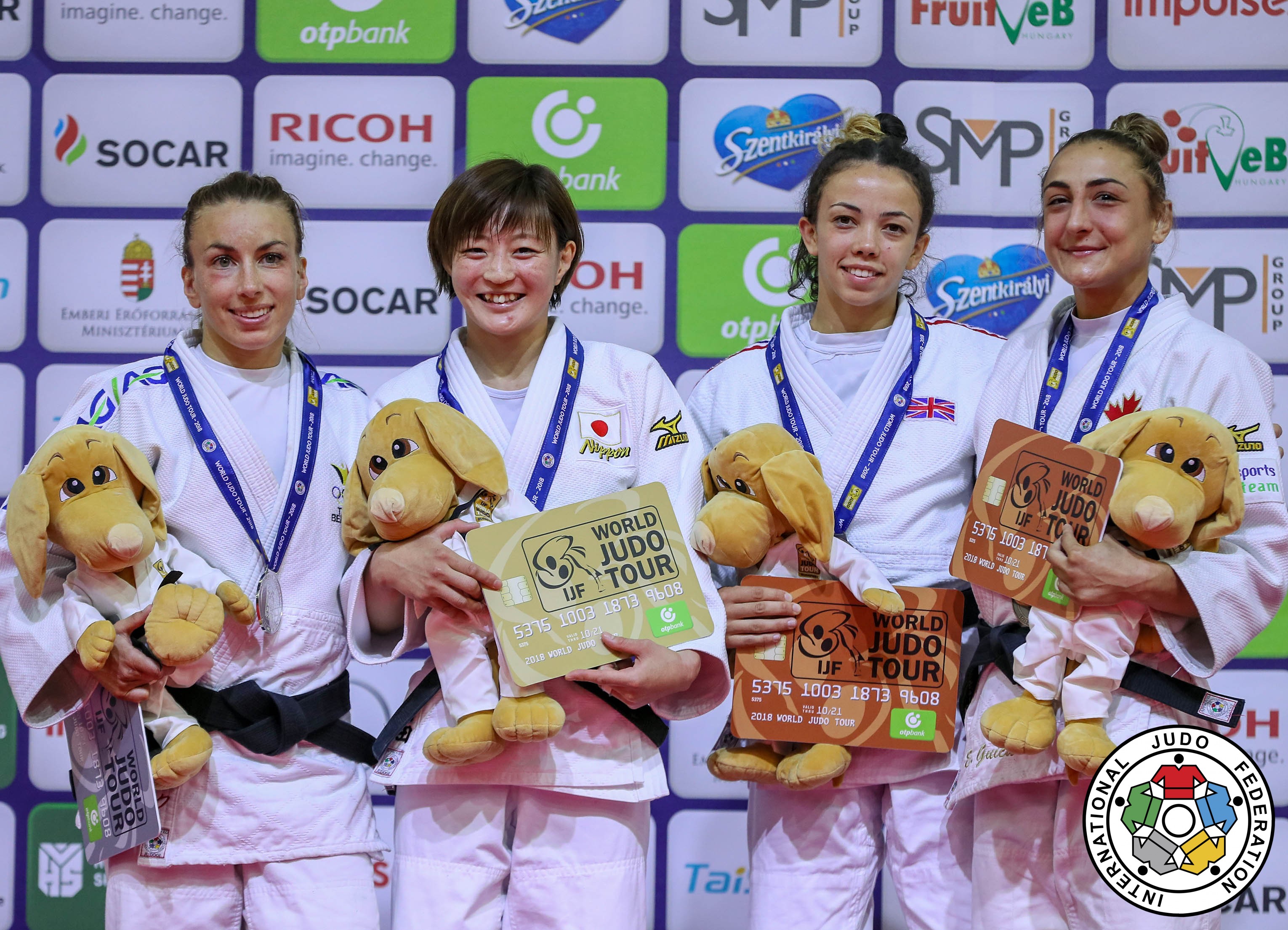 Also winning a bronze medal was Deguchi in the -57kg class. She fought against Japan’s Nae Udaka for the win, scoring an ippon by uchi-gari.

Deguchi on her win: “I made a few small mistakes. I wanted to do better, but I was mentally ready. It was a good fight against her as a preparation for Worlds at the end of September”. 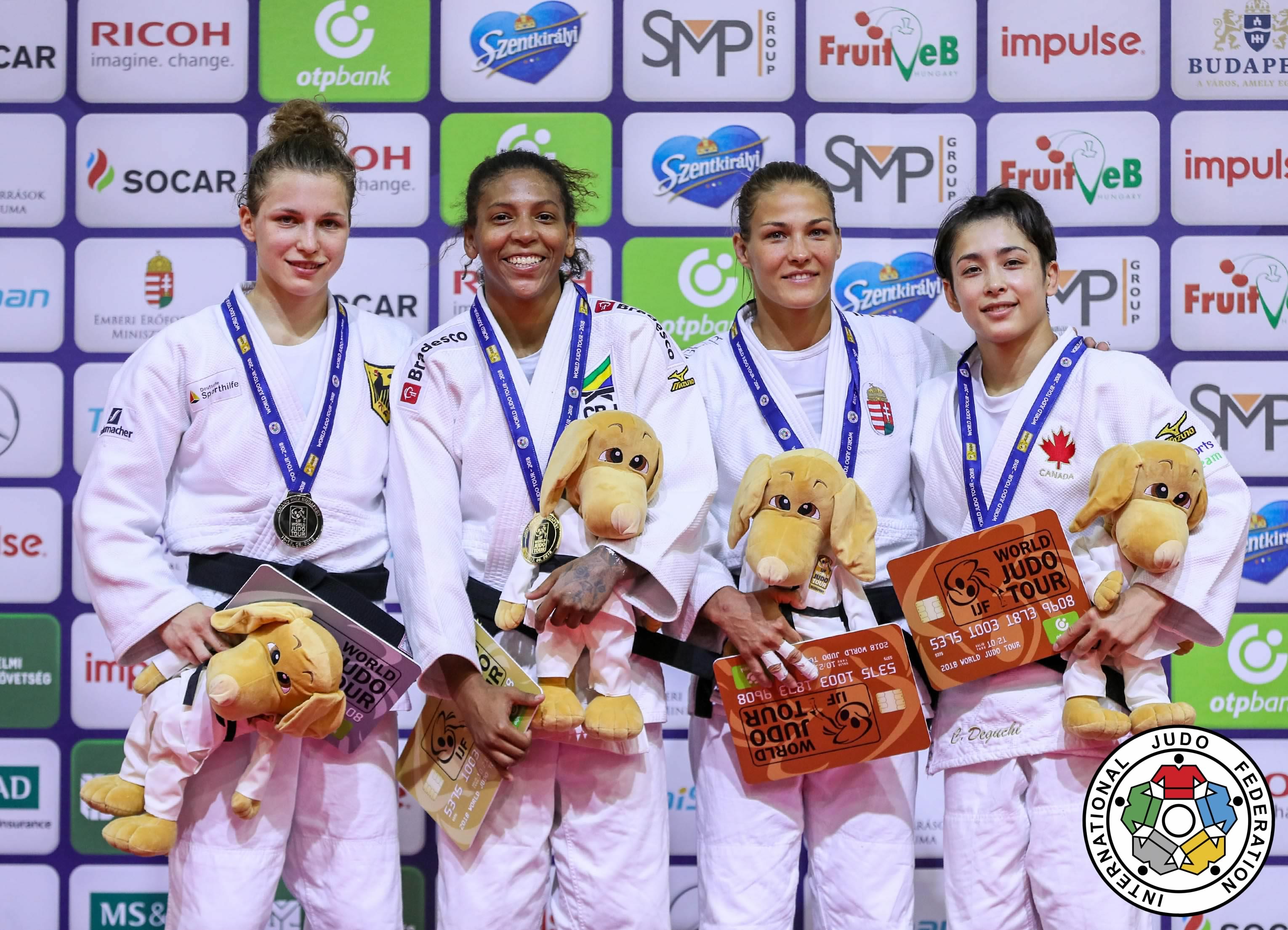 Christa Deguchi wins the bronze medal in the -57kg class at the Budapest Grand Prix on August 10, 2018. (Photo: IJF/Sabau Gabriela)

Jessica Klimkait also competed in the -57kg class, but lost to Hungarian Hedvig Karakas in her bronze medal match.

This is the tenth Judo Grand Prix of the year. Next up is the World Championships in Baku, Azerbaijan from September 20-27.

Guica and Deguchi win bronze at the Judo Grand Prix in Budapest
12 Team Canada athletes who are Winter and Summer Olympians
De Haître: 2 sports, 2 Olympic Games, 7 months. Challenge accepted.
Shuttlecock and balls: The fastest moving objects in sport
McBean: Chaos and change can provide the greatest opportunities
What is the difference between racquetball and squash?