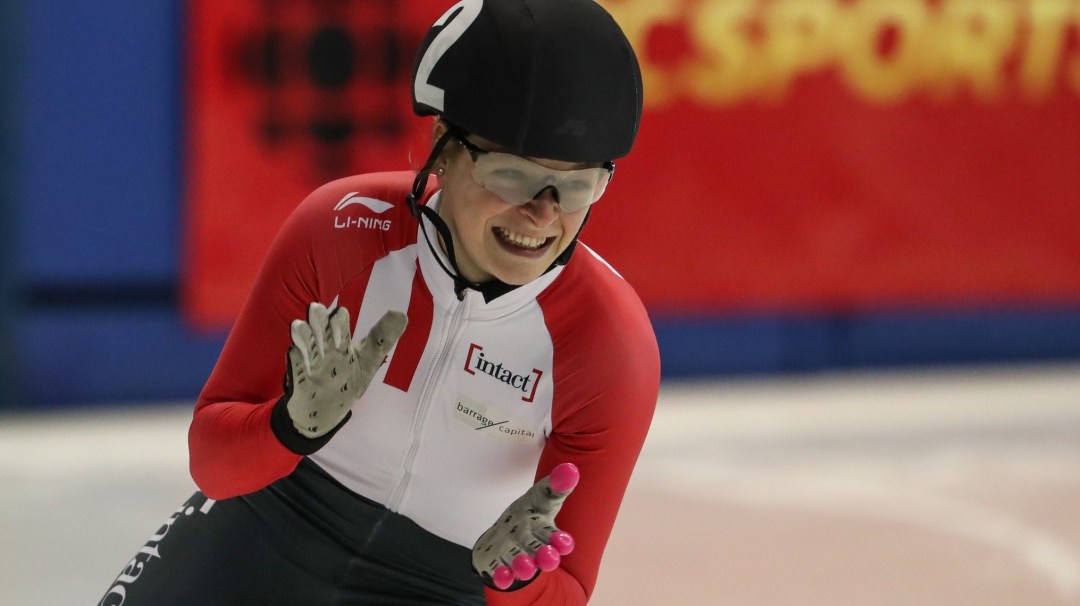 Kim Boutin and Samuel Girard skated their way to silvers to double the podium for Team Canada at the ISU World Short Track Speed Skating Championships in Sofia, Bulgaria.

Boutin earned Canadians their first medal of the weekend after claiming the second spot in the ladies 1500m with a time of 2:29.803. South Korea’s Choi Min Jeong took the World Championship title (2:29.741), while Sofia Prosvirnova of Russia completed the podium in third (2:29.843).

Samuel Girard also found himself on the second step of the podium after winning silver in the men’s 1500m. The Quebec native skated his way around the short track with an impressive time of 2:31.685. He finished just behind South Korea’s Lim Hyo Jun golden time of 2:31.632. Meanwhile, fellow South Korean Lee June Seo claimed bronze (2:31.717).

Both 1500m Short Track crowns are heading to Korea!

All of the short track action will continue tomorrow with men and women’s 1000m and relay finals.