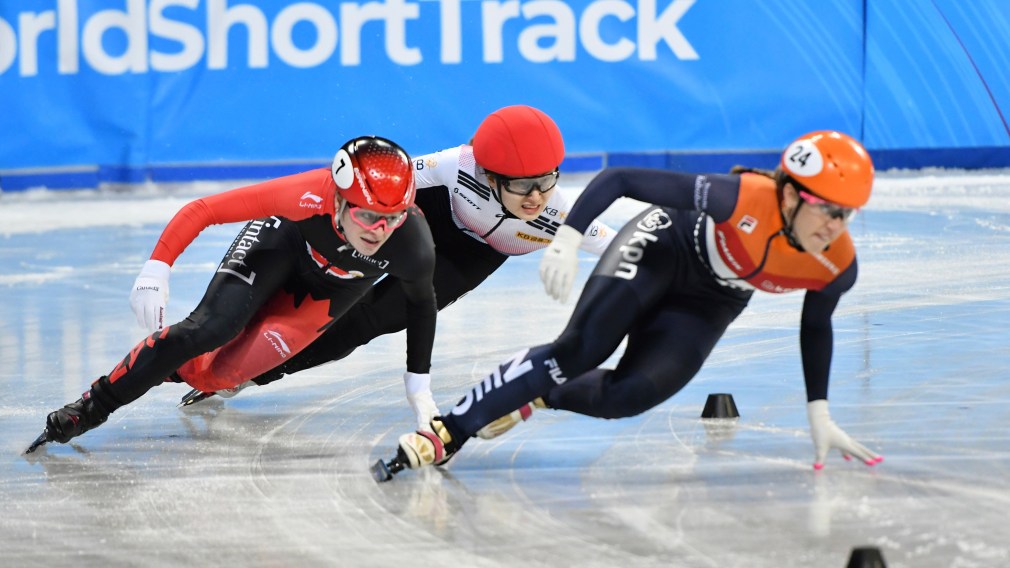 After skating her way to a silver in the 1500m race on Saturday, Kim Boutin followed up her medal with another podium finish in the ladies 1000m.

Boutin crossed the finish line in 1:29.211 minutes to capture the short track bronze. Korean speed skater Choi Min Jeong captured silver with a time of 1:29.187, while Suzanne Schulting of the Netherlands won gold. Schulting completed the track in 1:28.986.

Just a few minutes later, Boutin was on the podium again.

Following her successful 1000m race, Boutin competed in the ladies 3000m relay alongside Courtney Lee Sarault, Camille de Serres-Rainville and Alyson Charles to capture another bronze medal. The Canadian women skated the track in 4:14.984 minutes. They finished behind Russia (4:14.353) and Korea (4:13.904).

This is Canada’s fourth medal of the weekend, and Boutin’s third consecutive one. In yesterday’s events, she was joined on the podium by fellow Canadian Samuel Girard. Like Boutin, Girard also captured a silver medal in the 1500m.

Boutin’s feat this weekend puts her at third overall in the world standings.