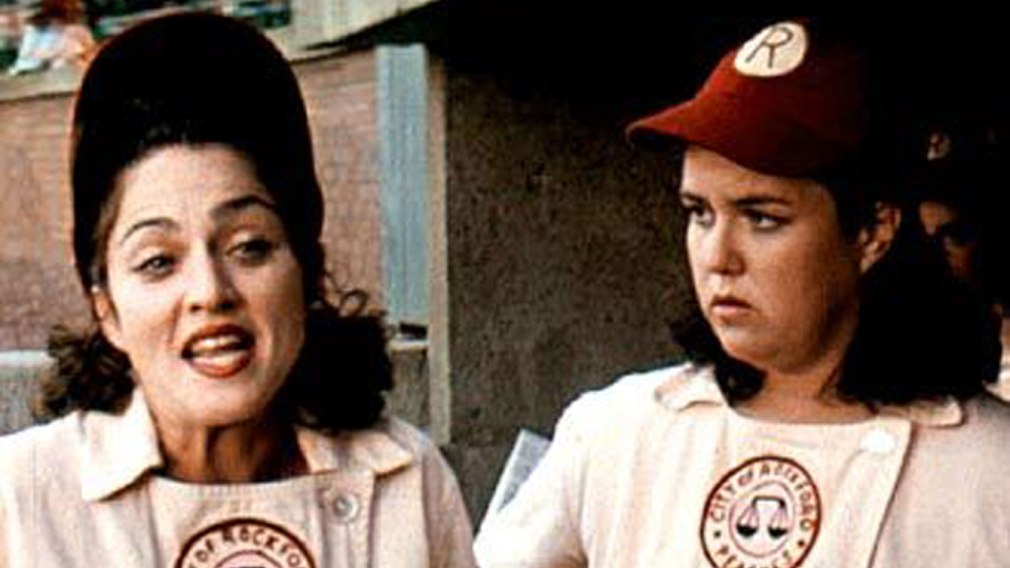 Sports legends’ heroics and incredible stories make great movie material. Here is our selection of the best baseball movies of all time:

The Sandlot is a rite of passage for every child who grew up playing baseball in the 1990s. This story about the end of childhood will leave you nostalgic for the endless summers as a kid. The Sandlot with its many quotable lines is a classic and has a place in all baseball fans’ hearts.

“There’s no crying in baseball!”

This comedy tells the story of the All-American Girls’ Professional Baseball League that began during the Second World War, when the top Major League players of the day, including Hank Greenberg, Joe DiMaggio and Ted Williams, were all serving overseas in the armed forces. The movie has a star-studded cast, led by Geena Davis, Tom Hanks, and Madonna.

“How can you not be romantic about baseball?”

Brad Pitt is Billy Beane, the general manager of the Oakland A’s and the man who changed baseball in 2002 when he used a somewhat controversial statistical system to build a team capable of holding its own against the wealthiest franchises. The concept alone is certainly fascinating for sports enthusiasts, but the real beauty of Moneyball is in the difficulties faced by its characters and the fact that it is absolutely not necessary to be knowledgeable about baseball (or even interested in it) to be carried away by its magic.

Inspired by a true story, Dennis Quaid plays Jim Morris, a high school baseball coach and father of three who enters the major leagues at age 35. He tries out for the Tampa Bay Devil Rays to fulfill a promise to his students and ends up wowing scouts with his arm.

“C’mon Hobbs, knock the cover off the ball!”

Sometimes dreams come true. All you need is a magic bat carved from a tree struck by lightning. Here is another example of the perfect mix of baseball and big screen magic, complete with a memorable musical score.

‘If you build it, they will come.”

A farmer hears a voice that tells him to build a baseball field, which results in the ghosts of seven players from the banned Chicago White Sox 1919 World Series team appearing. Crazy, right? Tell that to the millions of fathers and sons who bonded or shed a tear watching this movie.

“I want a player who’s got the guts not to fight back.”

Jackie Robinson. If just reading that name gives you chills, 42 will do the same. This film tells the incredible story of the first African-American player to play Major League Baseball. Chadwick Boseman and Harrison Ford are featured as Robinson and New York Mets General Manager Branch Rickey.

This almost unbelievable story is nevertheless inspired by a true story. Agent J.B. Bernstein organizes a reality TV type competition to find the top pitchers from India to play in the MLB. John Hamm, who plays the leading role, delves naturally into his role as a wealthy and pretentious businessman.

“I believe in the church of baseball.”

Players in the minor leagues dream about making it to The Show, where they hit white balls in batting practice and the ballparks are like cathedrals. Bull Durham features a love triangle in which veteran catcher, “Crash” Davis (Kevin Costner) and rookie pitcher, “Ebby” Calvin LaLoosh (Tim Robbins), try to win over Annie Lavoie (Susan Sarandon), the team’s biggest supporter, while trying to get to The Show.

“Juuuuust a bit outside.”

The new owner of the Cleveland Indians has a secret plan: build a team so bad that it will finish at the bottom of the standings and then move it! However, the players soon realize what’s happening and start winning as revenge. In this well-known comedy, a young Charlie Sheen as a pitcher nicknamed Wild Thing is one of the most memorable characters in baseball cinema.

Here, we find a charming, endearing and frankly comical variant to the classic story of David and Goliath. The Bad News Bears are one of the worst teams around. But when a girl joins the ranks, things start to get better. She convinces a surprisingly talented young player to join the team. The excellent performance of Walter Matthau as the team’s coach is worth mentioning.

In an underprivileged neighbourhood school, new baseball coach Conor O’Neill (Keanu Reeves) seeks acceptance from his young, rambunctious team. This dramatic comedy, which reflects the cinematic style of its time, also stars Diane Lane and is inspired by a true story.

Scott Robinson has progressed through the national team program, winning bronze at the 2007 youth Pan Am Games before helping...