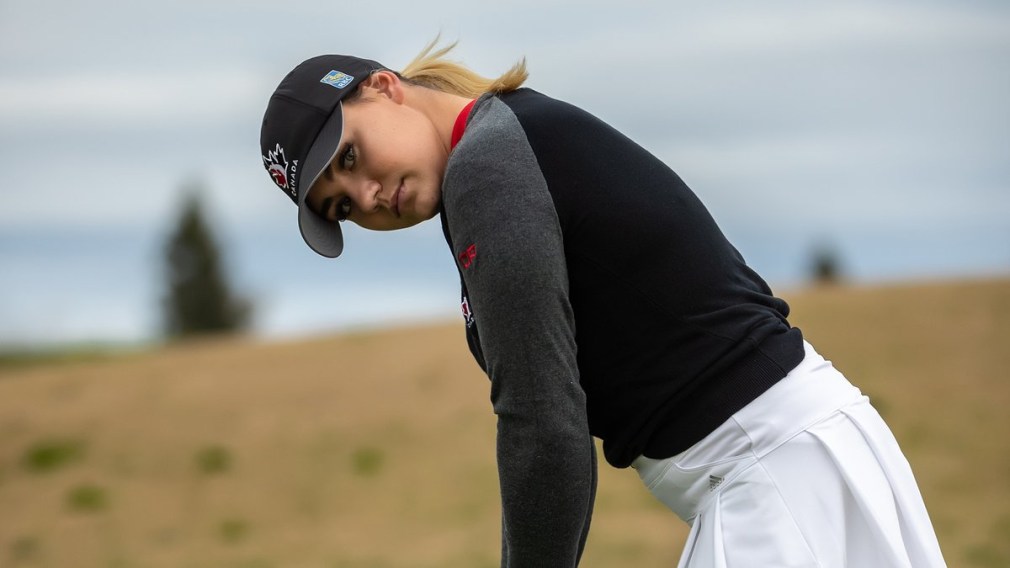 Amateur golfer Brigitte Thibault is part of a groundbreaking group of women this week, becoming the first Canadian woman to play in the inaugural Augusta National Women’s Amateur Championship.

Thibault only began playing golf four and a half years ago. She is currently a sophomore at Fresno State in California, and a member of the school’s golf team.

The 20-year-old is currently the highest ranked Canadian (208) on the Women’s World Amateur Golf Rankings.

“It still feels surreal,” said Thibault. “It was always a dream of mine, but it was not possible because I’m a woman. That’s why this dream was not unrealistic, but not possible, because the rules of the course was that it was men’s only.

Augusta National did not have any female members until 2012, when former Secretary of State Condoleezza Rice and Darla Moore, a South Carolina financier and philanthropist, became the first two women admitted into the golf club.

The tournament is a 54-hole, stroke-play tournament, of which the first 36 holes will be played at the Champions Retreat Golf Club from April 3-4. The top 30 (including ties) will have a practice round on April 5, before finishing the competition at Augusta National Golf Club on April 6.

Also on the golf calendar this weekend is the ANA Inspiration. It is the first major championship of the season. Canadian women competing are Brooke Henderson and Alena Sharp.

If Henderson wins the championship, she will tie Sandra Post for the most LGPA wins by a Canadian.

Brigitte Thibault is making history at Augusta National
What to expect from Canadian tennis players at the French Open
French Open Updates: Denis Shapovalov continues his success with a round one win
Shuttlecock and balls: The fastest moving objects in sport
Adventure, culture and food: 9 things Peru is famous for
Katherine Surin: Lessons learned from an ordinary yet extraordinary father