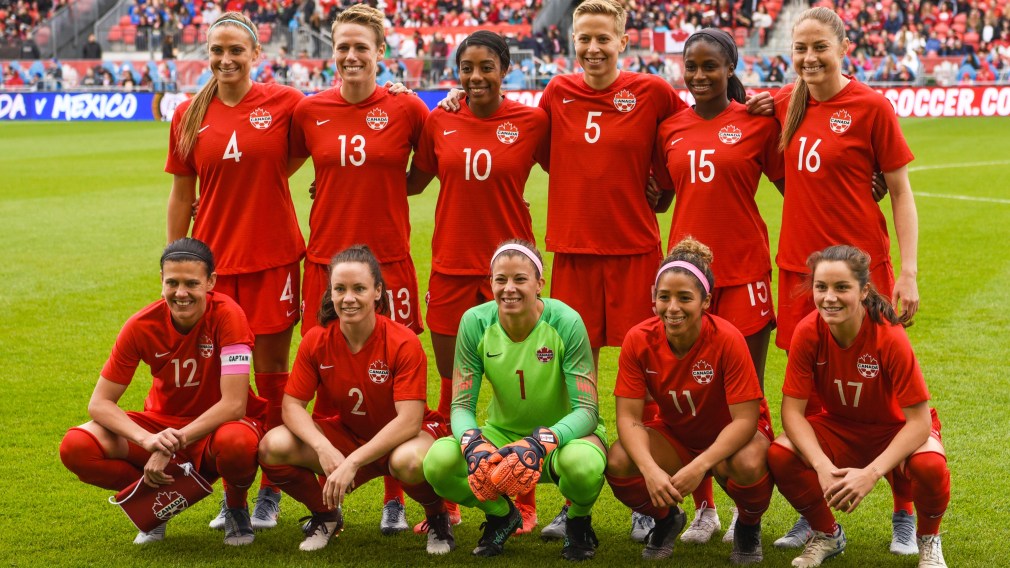 Team Canada played a send-off match ahead of their FIFA Women’s World Cup departure in Toronto on Saturday. The Canadian women’s national team took on Team Mexico in an international friendly, where they came out on top 3-0.

Canada hit the field in front of a roaring crowd of over 19,000 screaming fans on Saturday afternoon wishing them good luck and farewell.

Feeding off the energy of the crowd, Jessie Fleming opened the scoring for Canada on a pass from Christine Sinclair 20 minutes into the game. The home crowd erupted as Canada held a 1-0 lead into intermission.

That 1⃣st half goal from Jessie Fleming.

Following the break, Sinclair was able to net one of her own in the 53rd minute of the game. Janine Beckie passed Sinclair the ball from inside the box, who was then able to get past Mexico’s defenders and chip it past net-minder Cecilia Santiago to score her 181st goal.

Christine Sinclair is a #Legend.

“It will be nice if and when it happens,” Sinclair said. “I’m proud of the amount of goals I’ve scored in my national team career, but heading into the World Cup it is by no means my focus… As soon as we get on that plane to Europe it’s all about helping this team try and win a World Cup.”

The final goal of the game to secure Canada’s win was by Adriana Leon.

This matchup came just one day before the women’s squad jets off to Europe to compete in the World Cup. They hope to carry the momentum, and support from the home crowd, with them in France.

Thank you to all the 🍁 fans for helping us send off #CANWNT to the FIFA Women's World Cup!

See you in France! 🇫🇷🏆 pic.twitter.com/W2inZoJh9Y

“Praise the fans in the stadium, this is exactly what we were looking for,” head coach Kenneth Heiner-Møller said. “We’ll use a lot of the footage from this match to carry on in Europe.”

“It’s always an honour to play at home and play in front of the Canadian fans and they showed up. It was incredible to be in that environment and we will definitely carry that with us as we make our way to Europe.”

The Women’s World Cup is set to begin on June 7, where Canada will be competing in Group E.

Team Canada says farewell ahead of FIFA Women’s World Cup
What are the differences between baseball and softball?
Alyson Charles: Representation & resilience crucial to Olympic journey
Shuttlecock and balls: The fastest moving objects in sport
Adventure, culture and food: 9 things Peru is famous for
What is the difference between racquetball and squash?