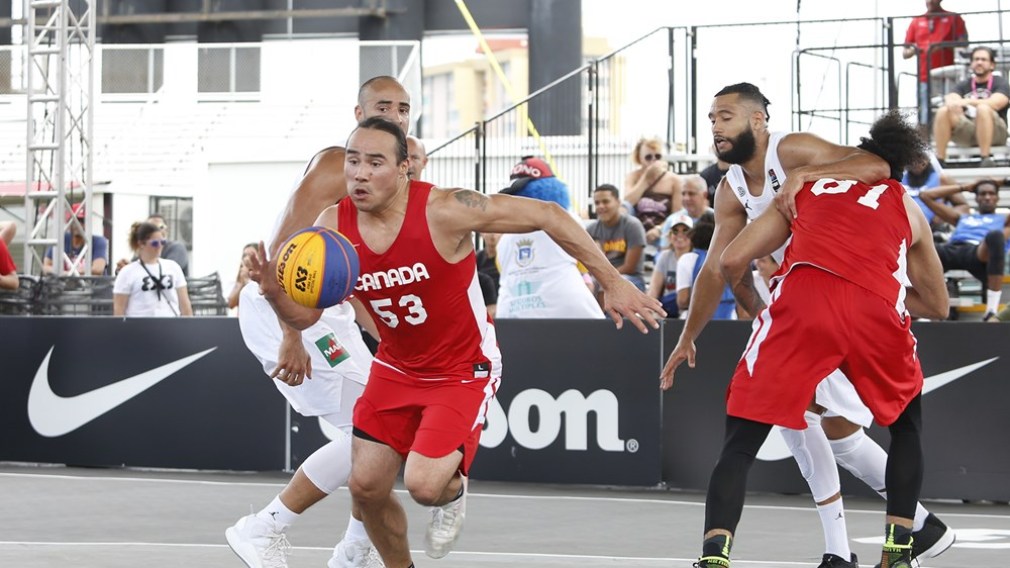 When new sports and events are added to the Olympic Games, it is often because they are appealing to youth and have potential for great global reach.

3×3 basketball fits both criteria and will make its Olympic debut at Tokyo 2020.

While the goal of the fame is the same as in its more established 5-on-5 counterparty – namely putting the ball though the hoop – there are several distinct differences that make the new Olympic sport so unique and exciting.

As the name suggests, there are three players on the court for each team in 3×3 basketball plus one reserve on the bench. That’s quite a few less than the five on the court plus eight on the bench seen in NBA games.

How big is a 3×3 basketball court?

A 3×3 basketball court is half the size of a 5-on-5 court. It is wider than it is long, measuring 15 metres by 11 metres. There is only one hoop that both teams must score on. 3×3 basketball can be played on just about any type of surface, allowing for great flexibility in location. It does require the same floor markings for the key and arc.

How does scoring work in 3×3 basketball?

In full court basketball, shots can be worth anywhere from one to three points: a free throw is one point, a shot from within the arc is two points, and a shot from beyond the arc is three points. In 3×3, shots from beyond the arc are worth just two points, while free throws and field goals from inside the arc are worth one point each. 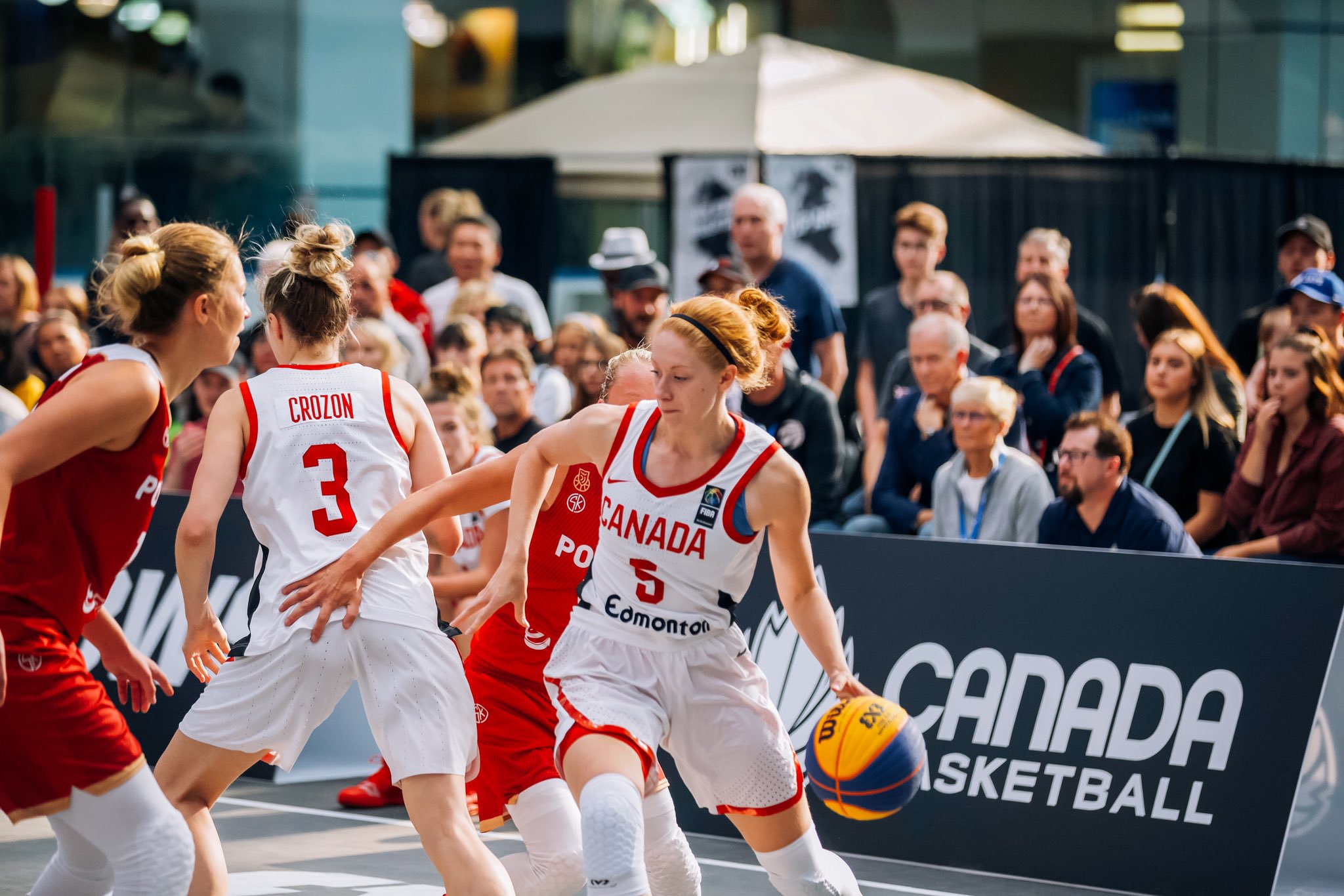 Another key difference is the shot clock. In the full court game, the shot clock is 24 seconds, but it is half that (12 seconds) in the 3×3 game, giving players much less time to set up a shot.

To keep things fair, the defending team must clear the ball (via pass or dribble) beyond the arc every time they recover a defensive rebound. This is done to ensure that teams can’t score easy points off an opponent’s shot. But with just 12 seconds, the team that recovers the defensive rebound must be quick to clear and attempt a shot of their own.

How long are 3×3 basketball games?

International full court basketball games are 40 minutes long, divided into four quarters of 10 minutes. In the NBA, each quarter is 12 minutes. A 3×3 game is much shorter, with just one 10-minute period. There is only one timeout per team, keeping the pace of 3×3 games extremely fast and free flowing with very few stoppages.

In an interesting quirk, the game can actually end before the 10-minute clock expires: if a team scores 21 points, they win.

How big is the ball used in 3×3 basketball?

The ball used in 3×3 is smaller than a regulation size basketball. The NBA uses a size 7 ball, while the official FIBA 3×3 ball is size 6 with the same weight as a size 7. 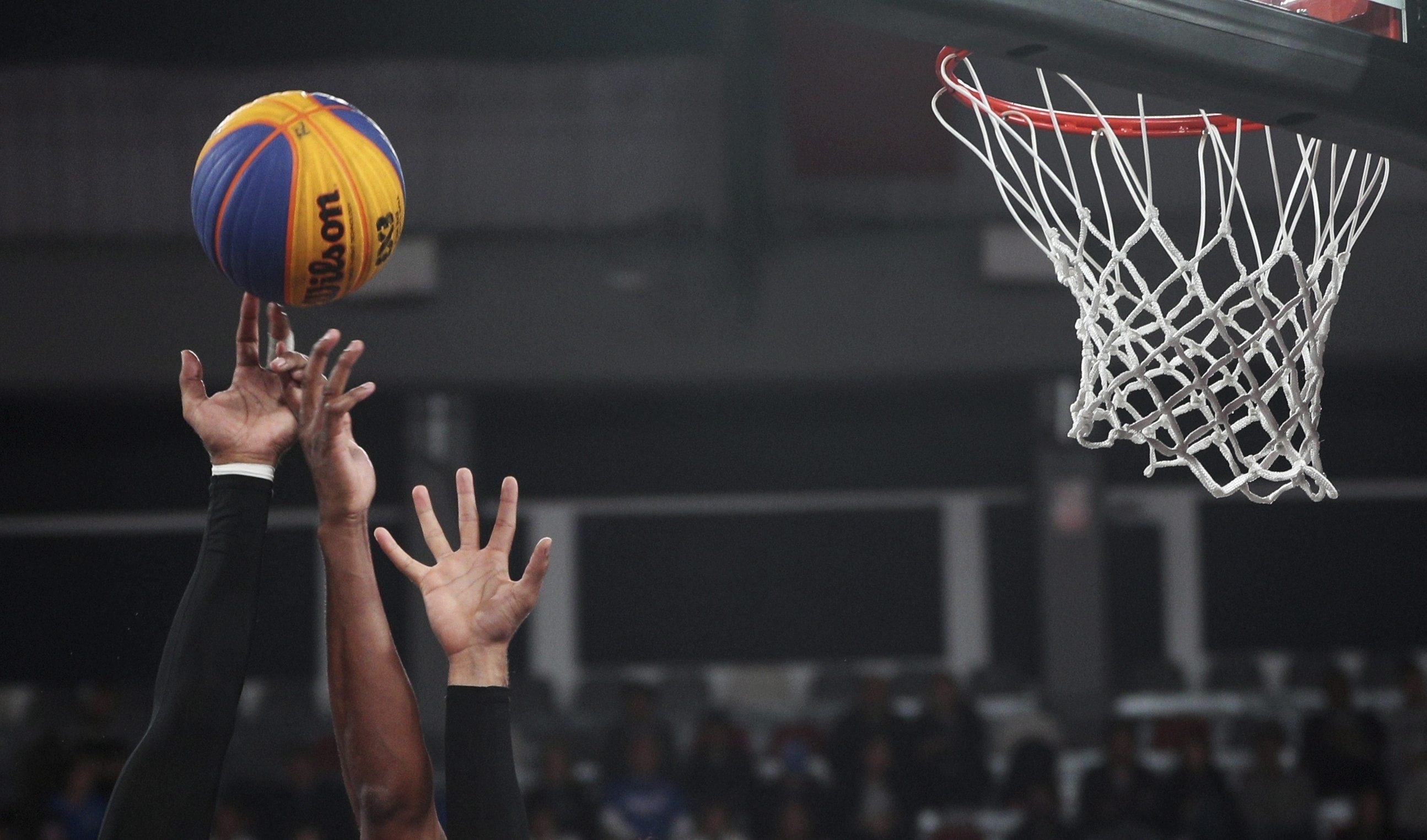 Teammates double up to block a shot during the men’s basketball 3×3 semi-final match at the Pan American Games in Lima, Peru, 2019. (AP Photo/Martin Mejia)

Are there fouls in 3×3 basketball?

Yes, there are fouls in 3×3 basketball, but they apply to teams rather than to players. There is no fouling out like in the NBA where a player is ejected once they reach six fouls. However, penalties for fouls become progressively harsher in 3×3. As in the full court game, a foul will lead to free throws (one for a foul inside the arc, two for a foul outside the arc). But when a team commits their seventh to ninth fouls, the opposing team always get two free throws. The 10th foul and beyond gives the opposing team two free throws plus automatic ball possession.

How can Team Canada qualify for 3×3 basketball at Tokyo 2020?

Canada is seeded 13th among the 20 men’s teams that will vie for just three spots at Tokyo 2020. Four teams per gender have already earned Olympic berths via the world ranking on November 1, 2019.

The top two teams in each of the four pools will advance to the quarterfinals to being the knockout rounds. 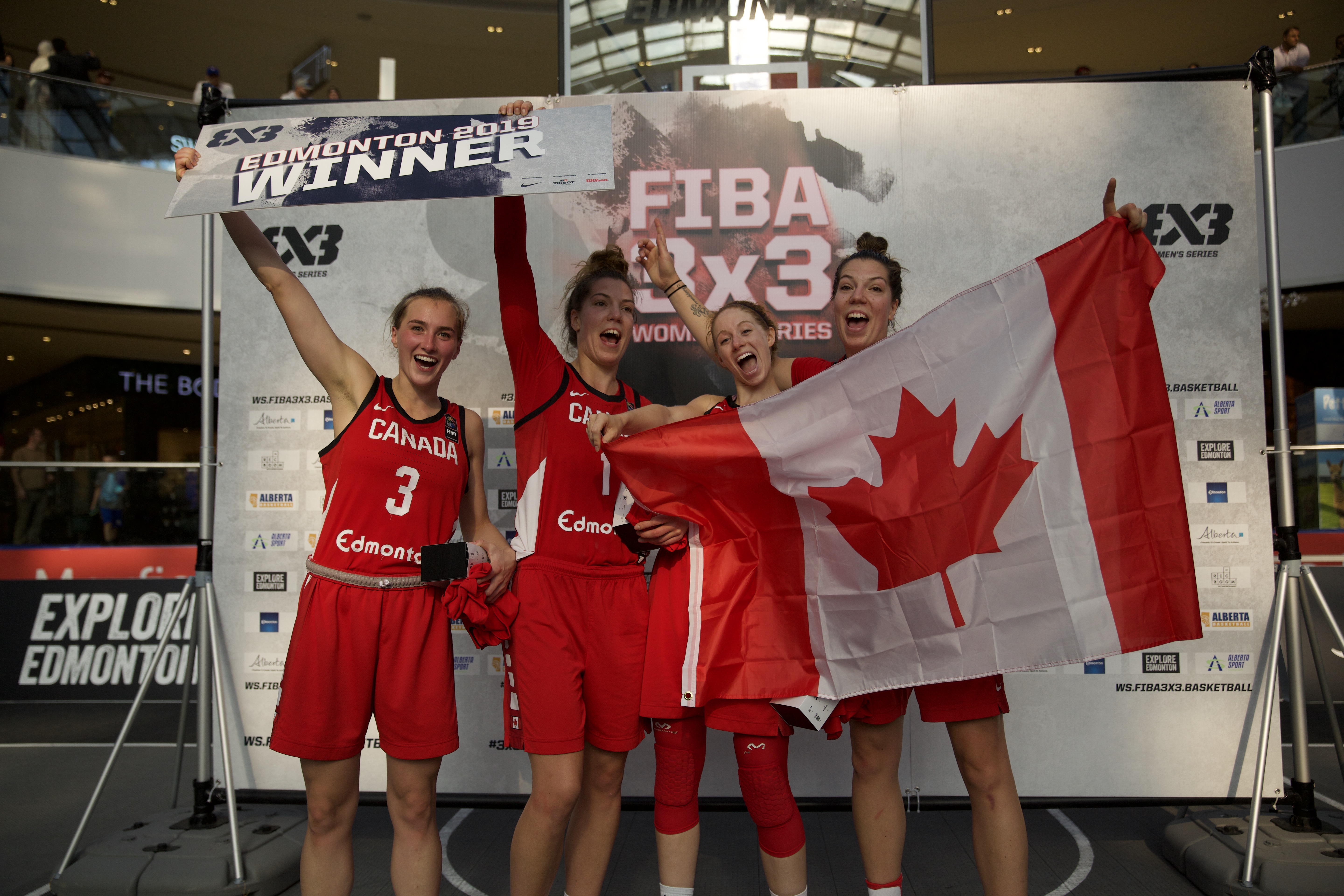 Despite their success in 2019, which saw them finish second overall in the FIBA 3×3 World Tour, the Canadian women’s 3×3 basketball team will not play in the OQT. This is due to a complicated rule intended to help fulfill one of 3×3’s missions: to bring basketball to countries which do not have a rich tradition in the sport. This limited countries to only qualifying for one of the OQTs if they were outside of the top six in the world ranking. As the Canadian men were ranked higher than the Canadian women at the time, it was the men who earned a spot in the OQT.