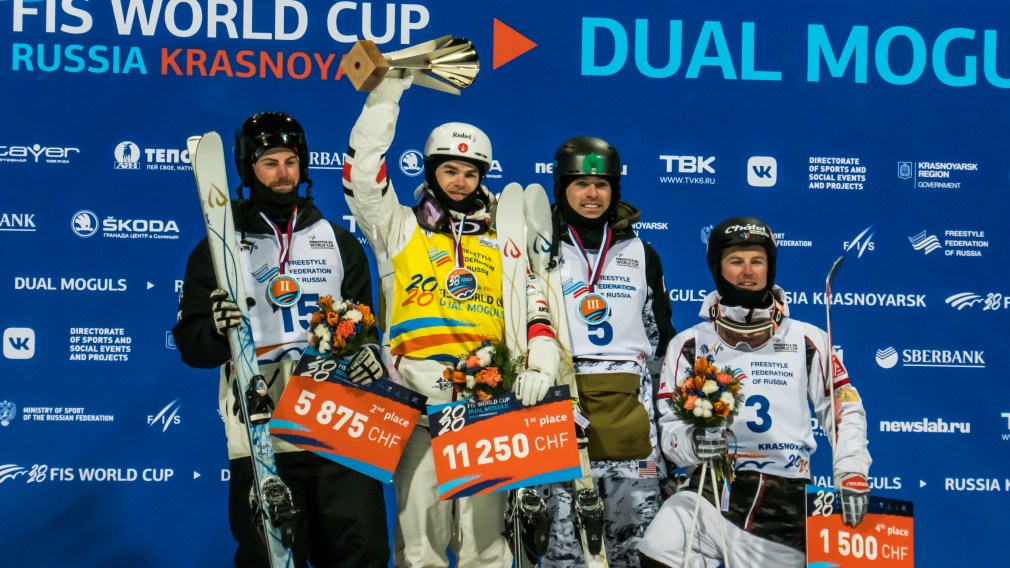 Mikaël Kingsbury reached the top of the dual moguls podium in Krasnoyarsk, Russia on Saturday to clinch his ninth Crystal Globe on the freestyle skiing World Cup tour.

The “King of Moguls” earned his title after defeating British skier Thomas Gerken Schofield in the finals. American Bradley Wilson completed the podium with bronze after taking on France’s Benjamin Cavet.

It was a very cold, but also very exciting evening of dual moguls World Cup action in Krasnoyarsk 🙌

With only two competitions left in the freestyle skiing season, Kingsbury has already secured his spot on top. The Canadian currently holds a 300-plus point lead in the world standings over his closest competitor Ikuma Horishima of Japan.

Just last week, the 27-year-old stood on the second step after capturing a silver at the Kazakhstan World Cup. His two other podiums came earlier this year, where he won dual moguls gold in Deer Valley, USA and Thaiwoo, China.

On the women’s side, Justine Dufour-Lapointe finished just shy of the podium in fifth place.

All of the action from Krasnoyarsk will continue tomorrow with the aerial competition.