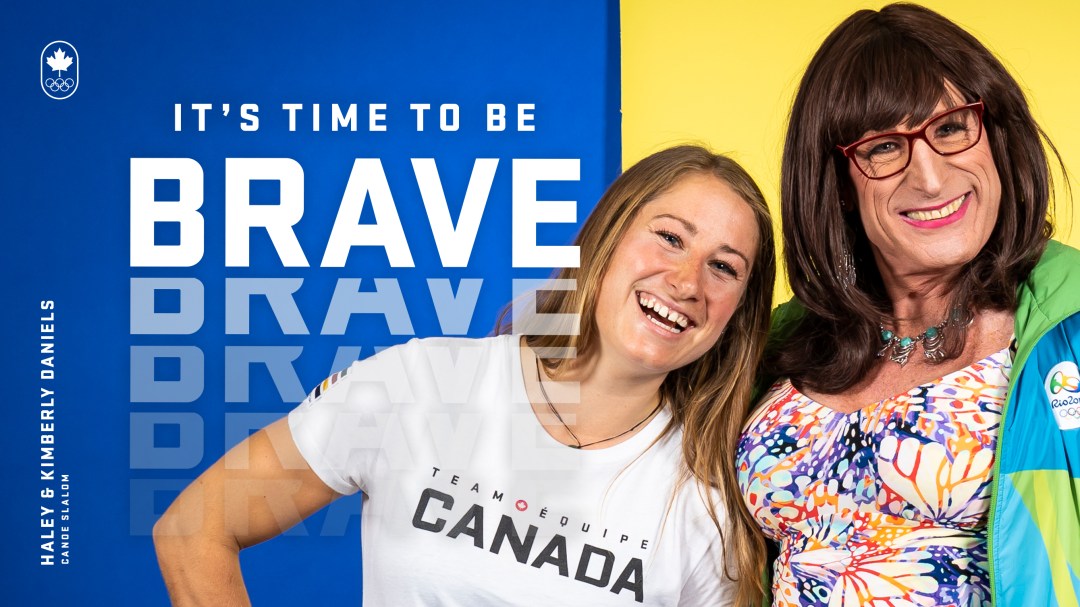 Canoeist Haley Daniels recently shared on Olympic.ca her perspective on being part of the movement for gender equality in Olympic paddling as well as how she has dealt with her dad’s coming out as a transgender woman. Here, her father Kimberly, an international canoe official, shares her own story about choosing to live openly as her authentic self.

I am proud to say my daughter Haley is an Olympic hopeful in the sport of canoe slalom.

As her dad, I have been committed to supporting her sport as a volunteer. In 2009 I became a certified international technical official with the International Canoe Federation (ICF). Since then, I have been active as an official at World Cups, World Championships, Pan American Games and the Olympic Games.

Haley and I share a passion for excellence in sport and we both believe in gender equality. I have recently “come out” to my global community. In September, through a joint celebration with the Canadian Sport Institute Calgary and Calgary Pride, Haley and I released my story of being a transgender woman.

At age seven I knew I was a girl trapped inside a boy’s body.

Believe me, it was a scary time back in the 1960s as little was known about gender differences. Unfortunately, the world then was not a safe place for transgender people. It was against the law to be transgender and medical practitioners used drastic measures to “cure” transgender people. Treatment often included institutionalization, drug therapy, shock therapy and other unspeakable methods to cure something that was not curable.

Knowing if I came out in my youth that the impact on me and my family would have been devastating, I chose to keep my secret and suppress my feelings. As a result, I have lived with this secret for most of my life and it has caused feelings of fear, guilt, shame, and embarrassment.

You know when you have a birthday, you blow out the candles on your cake and you make a wish? That wish is a special wish that you do not share with anyone. On every birthday from age 7 until into my 60s, my wish was to be a girl – and that was a secret I was prepared to take to my grave. 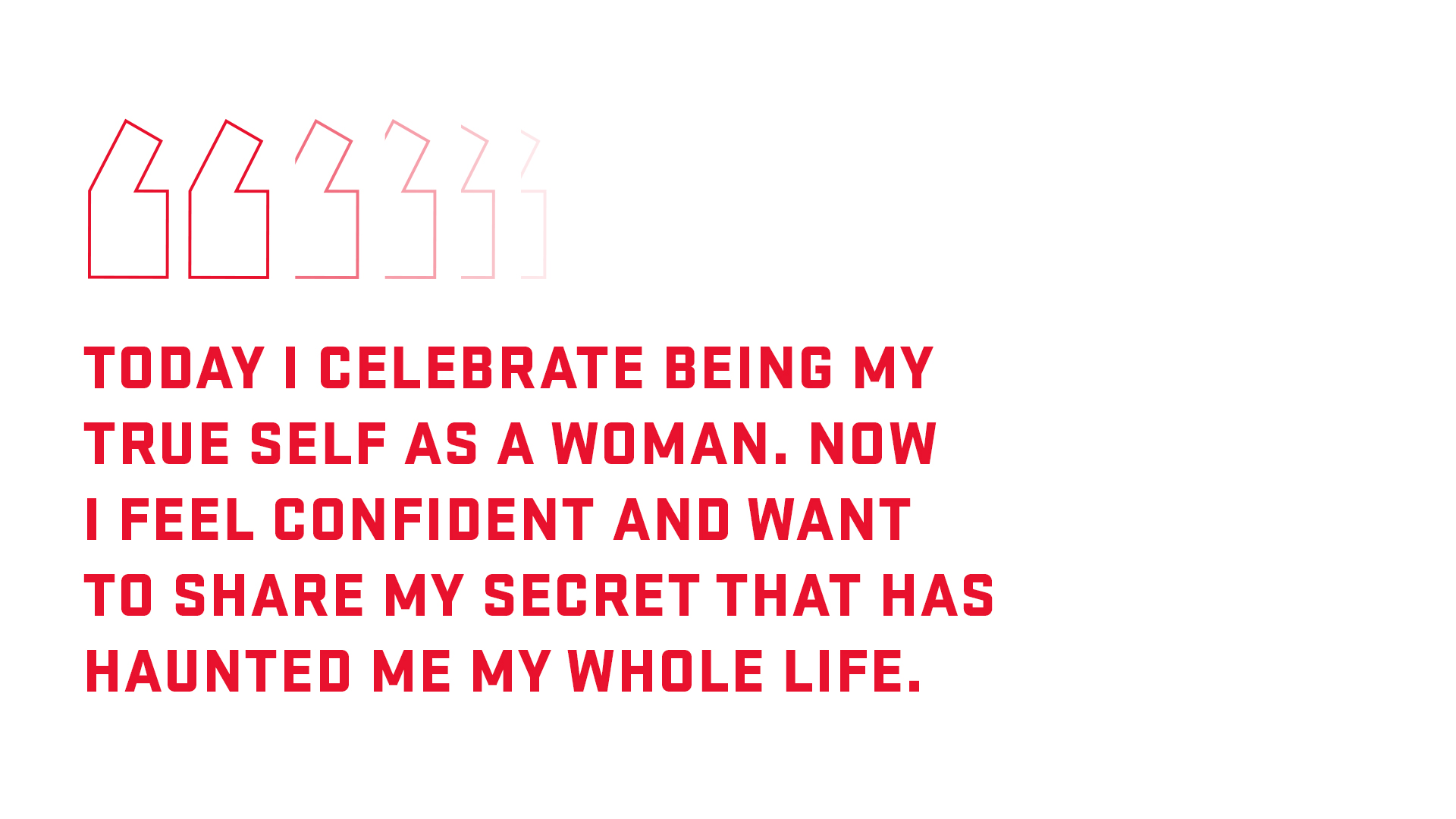 I have been transitioning for the past two years and over this time I have shared my secret with most of my family and with close friends and colleagues. This summer I finally had the courage to come out with my 94-year-old mom. I thought she might have known, but after hearing my story, she was shocked and indicated she had no idea. I guess I was a lot better in hiding my secret than I thought!

Fortunately, my mom supported me with my transition and I felt a huge sigh of relief.

A week later, my mom called me and thanked me for not coming out in my youth. We went through a scenario of what would have happened back in the 1960s had I decided to share my secret publicly. Both my mom and dad were caring and committed parents who would have done everything possible to “cure” me. Fortunately, I dodged that bullet!

Today I celebrate being my true self as a woman. Now I feel confident and want to share my secret that has haunted me my whole life. It has been an amazing journey and I am so fortunate to have the support from my family and friends. We have all learned about gender fluidity and we have embraced the process together. I have also been blessed with two amazing kids who have been behind me 100 per cent as I have transitioned. 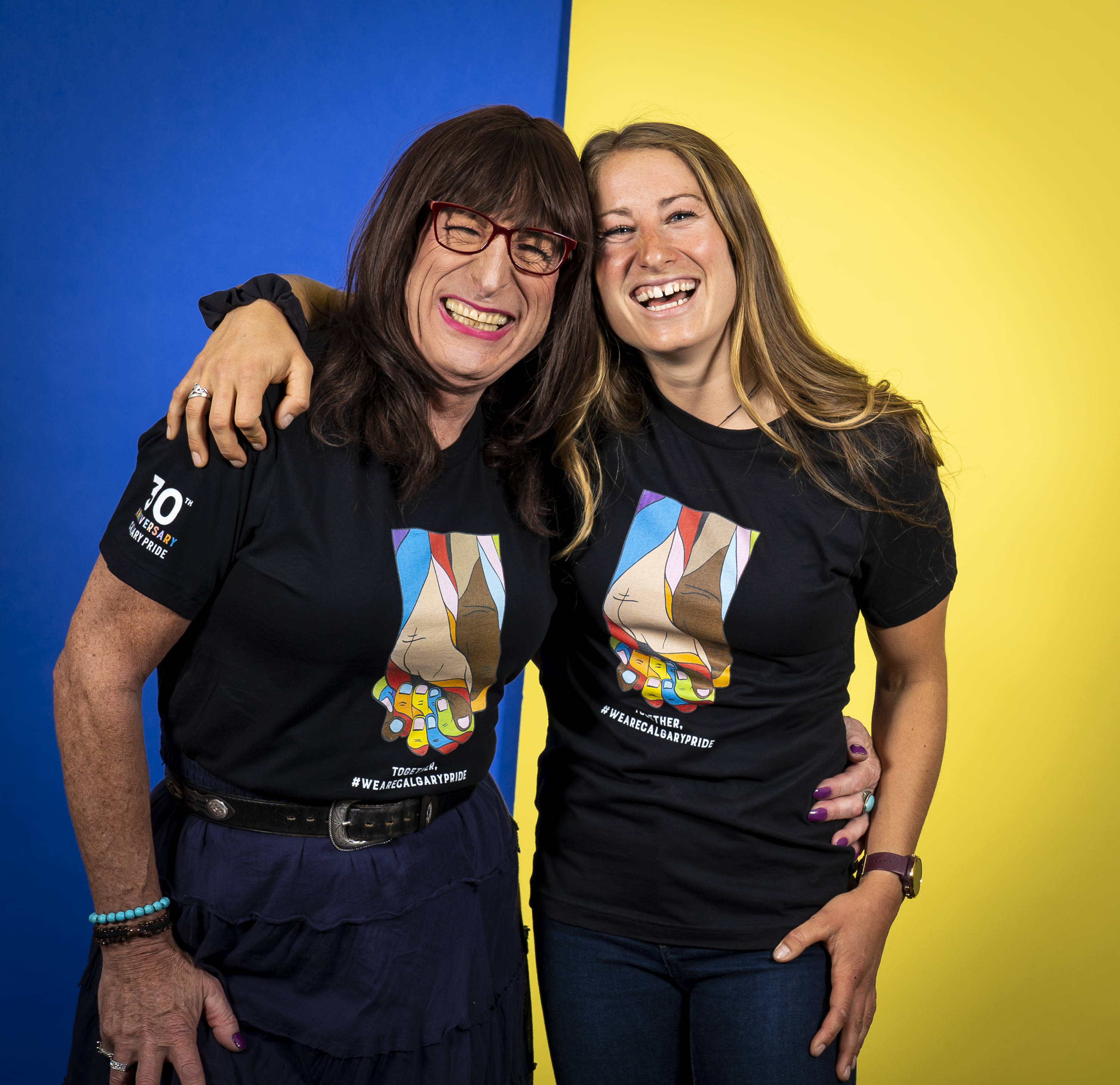 Recently something happened to me that was a complete surprise.

Throughout my entire adult life living as a man, I have always had a woman’s voice in my head. It was like having a dual personality. Believe it or not, there were times when I actually had a conversation with my male and female self in my head. After coming out in September, I no longer have to dress up as a man or present myself as a male. The big “ah-ha” for me was, I no longer have two voices in my brain. I can only hear one voice now, the true me, the woman I have always been. Now I am at peace, no more secrets, and I can live the rest of my life as a transgender woman.

Now it is time to get back on stream with a couple of changes. At the Rio 2016 Olympic Games I was a gate judge, stationed along the slalom course. Since coming out, I contacted my colleagues with the ICF and they have been amazing with the support I have been given. I have known since the summer of 2019 that I would be a gate judge at the Tokyo 2020 Olympic Games. As the COVID-19 pandemic has impacted the Olympic schedule and my coming out (originally planned for after the Games), I will be going to the postponed Games in 2021 as a woman. This is very exciting!

For us, 2021 is going to be a story about gender equality. It will be the first time for women’s canoe events on the Olympic program and it looks like I could be the first transgender official at the Olympic Games.

Haley is training hard to qualify for an Olympic spot and I will be proudly filling Duncan’s role as a canoe slalom official as Kimberly. 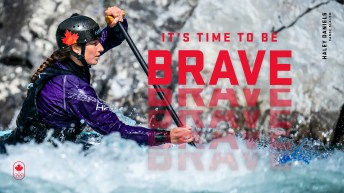 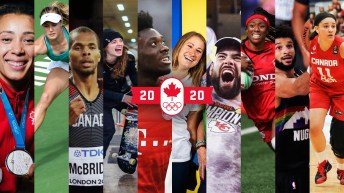 Jazmyne Denhollander may be the newest member of the senior national team, but she is not lacking international experience. In...