On Friday, Mikaël Kingsbury won gold once again, continuing his return from injury with a dual moguls victory in Deer Valley, Utah.

Two months after taking a break from competition to recover from fracturing his T4 and T5 vertebrae, he competed for the first time yesterday with the goal of resuming his reign atop the podium. Safe to say his mission has been accomplished, after winning two straight gold medals.

In the final, he defeated Matt Graham of Australia by a score of 20-15. Benjamin Cavet of France won the small final to get on the third step of the podium.

Teammate Brenden Kelly was did not advance past the quarterfinals while Gabriel Dufresne finished in the round of 16.

After the final race, Kingsbury took a moment to relax after claiming his second victory in two days. A well-deserved celebration! 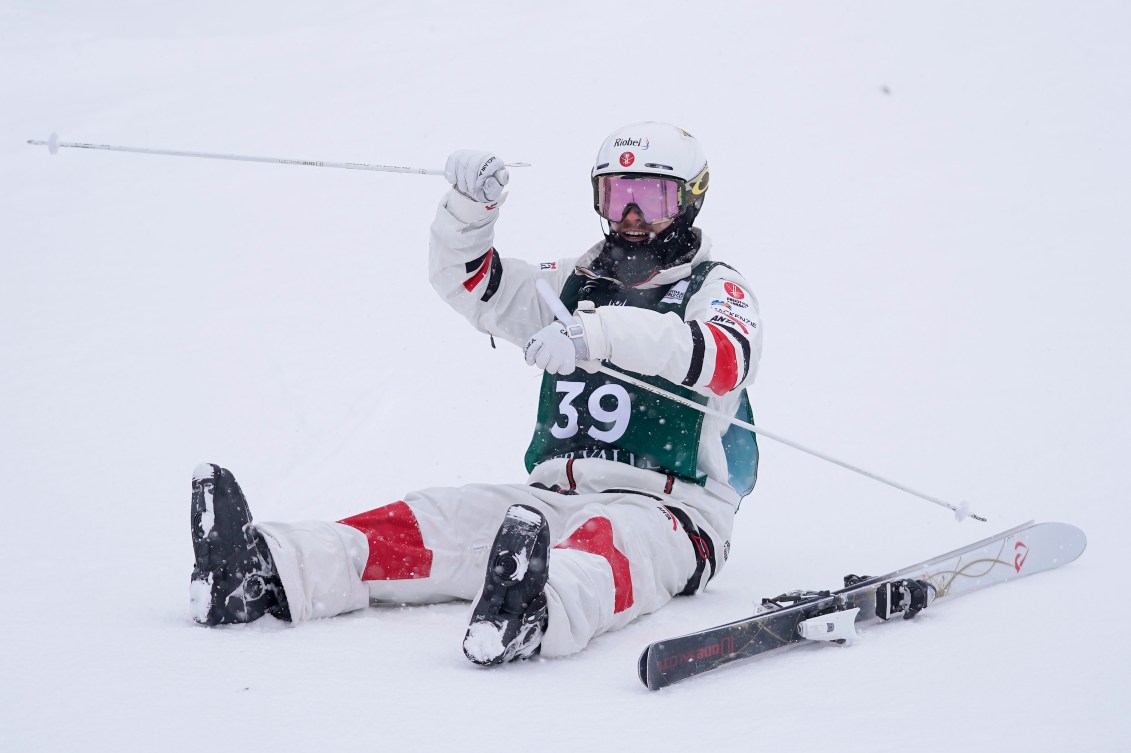 For the women, Justine Dufour-Lapointe and Maia Schwinghammer were both bested in the round of 16.

Next up for Canada’s moguls skiers will be the Freestyle World Ski Championships, happening March 8-11 in Alamty, Kazakhstan.