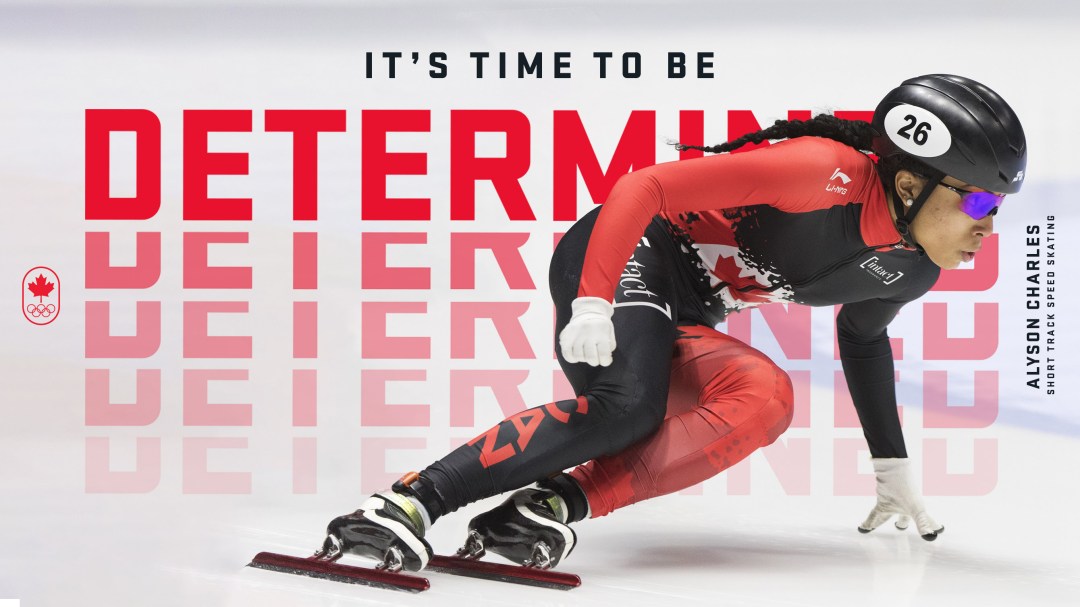 My name is Alyson Charles. I’m 22 years old and I have been short track speed skating since I was five.

I started skating with my neighbourhood club, CPV Montréal – St-Michel, with my four cousins. I remember my dad and I picking them up on the way to practice, one after the other. We played taxi each Thursday, Saturday and Sunday. No, literally, my dad was a taxi driver! Afterwards, we brought them home. Sometimes, they all came to my house. Just thinking about it brings a smile to my face. I have very fond memories of those days. 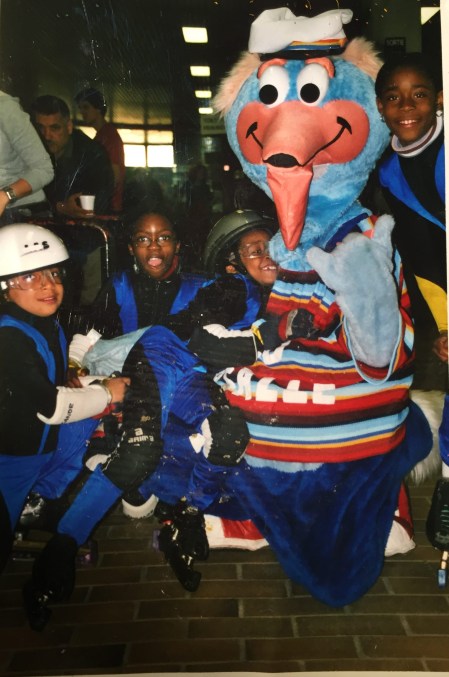 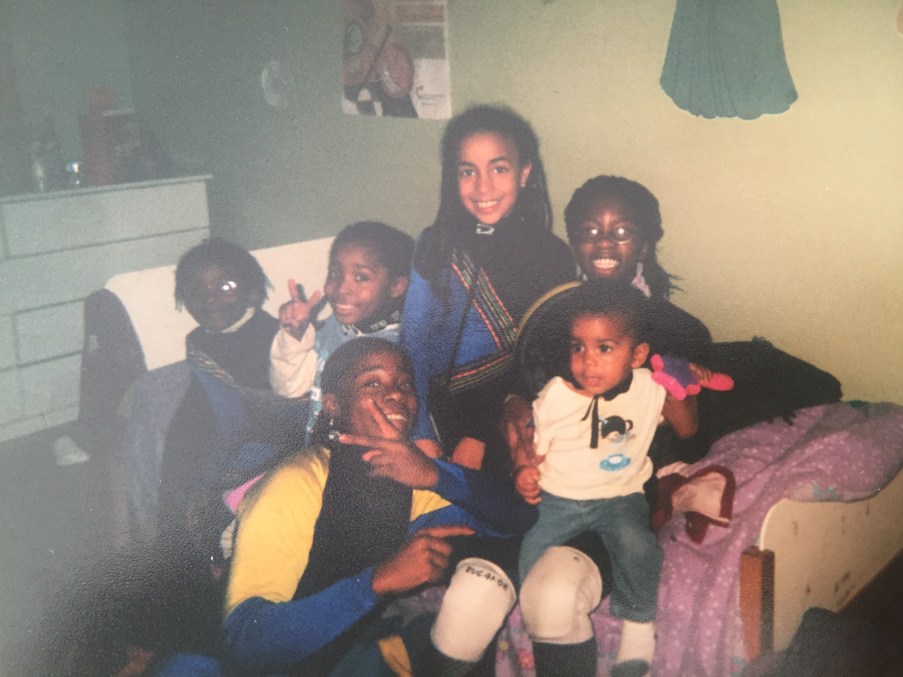 When they left the sport, well, I continued and I haven’t stopped since.

A few years later, I found myself at the Canadian Regional Training Centre, whose mission is to train the next generation of elite skaters. In the summer of 2016, I made the jump to the national team. Suddenly, I found myself alongside Marianne St-Gelais, Kim Boutin and many others, who, believe me, were all so impressive. I found myself inspired by them at practice — by their routines, their rigour, and their work ethic. It was quite intimidating at first, to adapt to this environment, but little by little I was able to find my place at the heart of such an incredible team. 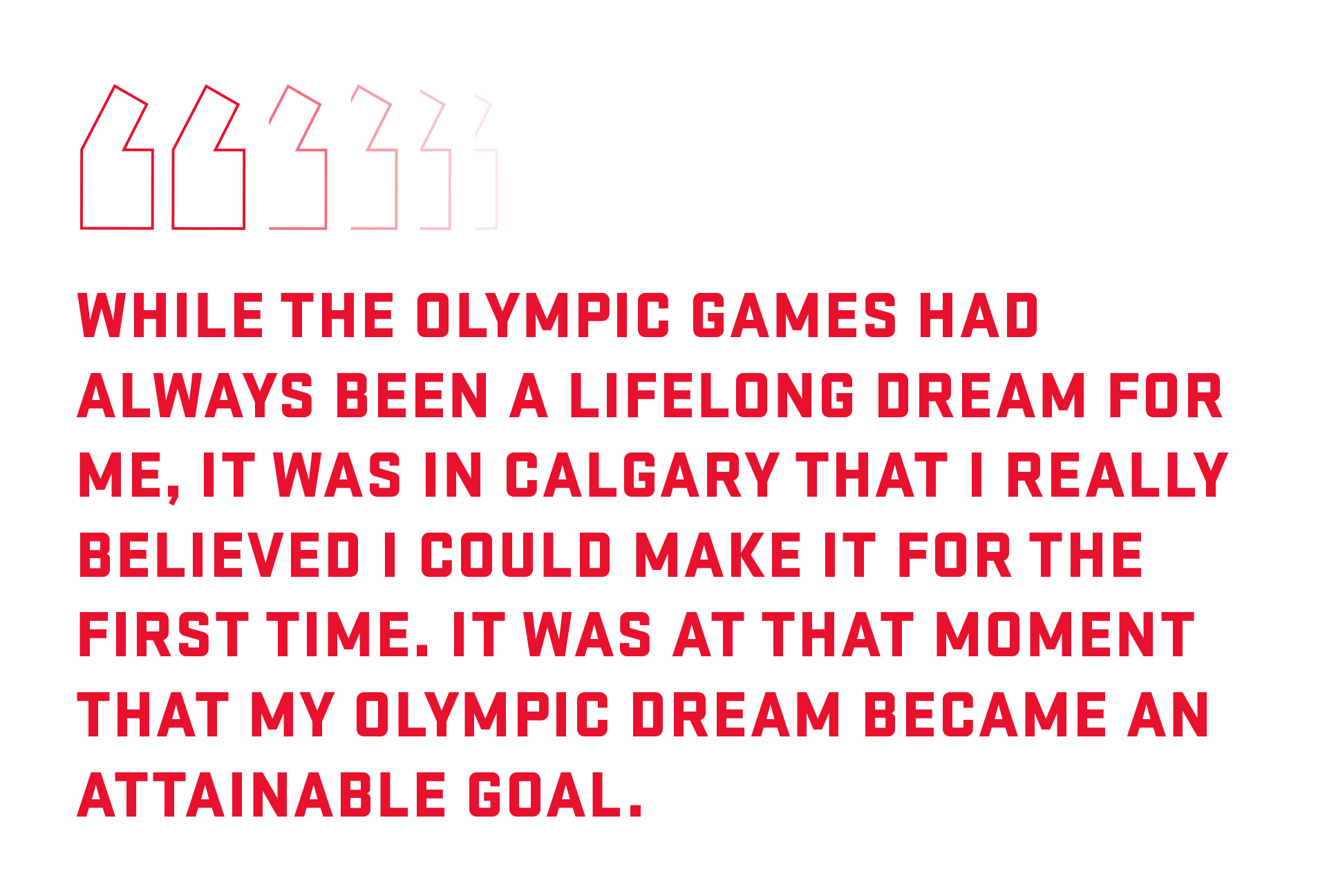 In 2018, the retirement of a handful of veterans following the PyeongChang Games left room for new faces, including my own. My debut on the international senior circuit exceeded all my expectations. Looking back, I would say that the medals I won at my first World Cup in Calgary were a pivotal moment in my career.

It was my first experience on the world stage at this level. My junior years were just coming to an end and I was coming in with several recent disappointments on a personal level. Nevertheless, this is where everything clicked. I was in Calgary, on Canadian soil, my dad was in the stands and I felt the excitement in the air. I ended the competition with two individual medals and one in the relay. These medals proved to me that I deserved to be there. 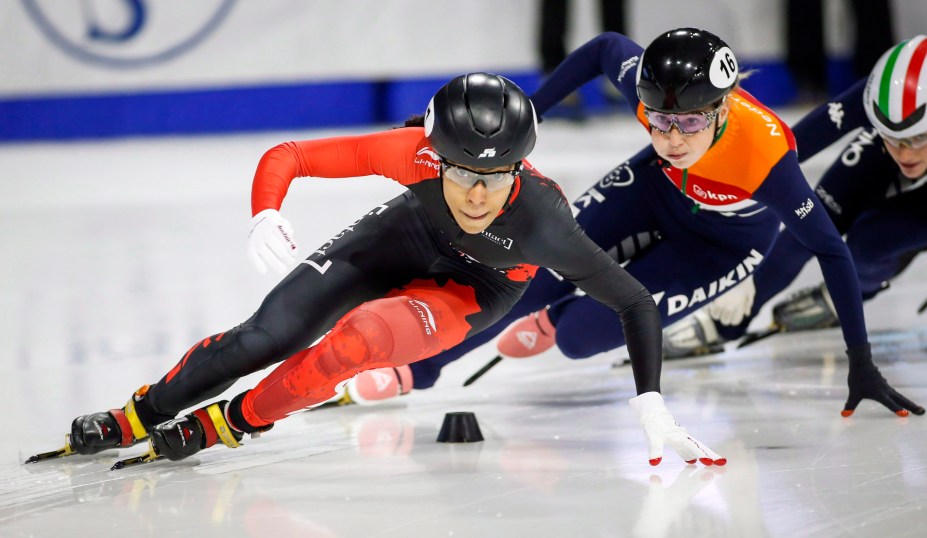 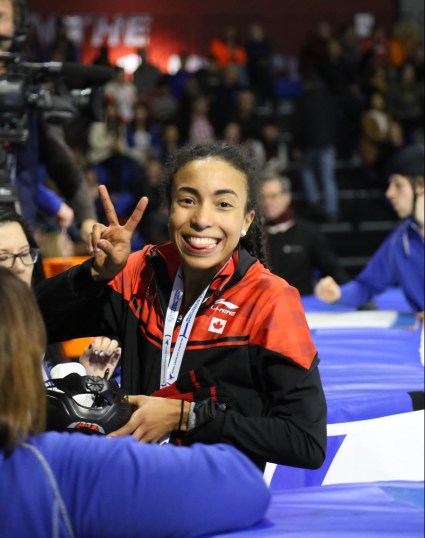 While the Olympic Games had always been a lifelong dream for me, it was in Calgary that I really believed I could make it for the first time. It was at that moment that my Olympic dream became an attainable goal.

My dream was first born when I watched Kalyna Roberge on our family’s living room TV at the Turin 2006 Olympic Games. I immediately saw myself in her, because even though I was born and raised here in Montreal, I am of Haitian descent and like Kalyna, I am biracial.

I really cherish this ethnic and cultural heritage and I quickly became aware of the fact that I practice a sport that’s out of the ordinary in my community. 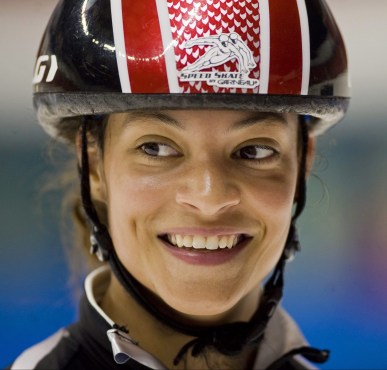 That being said, I’ve never put any additional pressure on myself because of this. If I have a role to play as a Black athlete, I would say it’s to share my passion and my experiences with the youth in my community. Through my values and my journey, I can show them that nothing is impossible if they put in the work and the necessary effort — that they, too, are capable of succeeding.

I hope to be a model they can one day identify with, like Kalyna was for me when I was younger. I aspired to make it as far as her one day.

And here I am today, just a few years later, making a name for myself on the international circuit and hoping for my turn at the Olympic Games. That’s why representation and diversity are so important, both in sport and in other fields (such as politics, science, media). When youth see and imagine themselves in something and throw themselves into a field because they identify with an athlete, a politician, a comedian, a journalist, a researcher… that makes all the difference.

It’s been almost a year since I last competed. Our 2020-21 season went up in smoke. The pandemic hit at this time last year, as we prepared for the world championships (which were to be held in early March). Our competitions and training sessions were on thin ice (no pun intended). Everything came to an abrupt halt. At the time, we were a long way from imagining how serious the situation really was. After a few weeks off, we gradually returned to training on an individual basis. So, in my living room, the sofa, television, weights and spin bike lived in harmony. Sometimes for relaxing, sometimes for training… but the essentials were there. I spent nearly four months like that, training by myself.

At first, it was fine, but after a certain time, my motivation was on a decline as the intensity of the training was increased. I practice an individual sport, but I’ve always trained with a group, surrounded by my teammates and coaches. I started to miss everything. At this point, all I could do was let go, focus on what I could control, on my daily goals, all while being patient with myself. 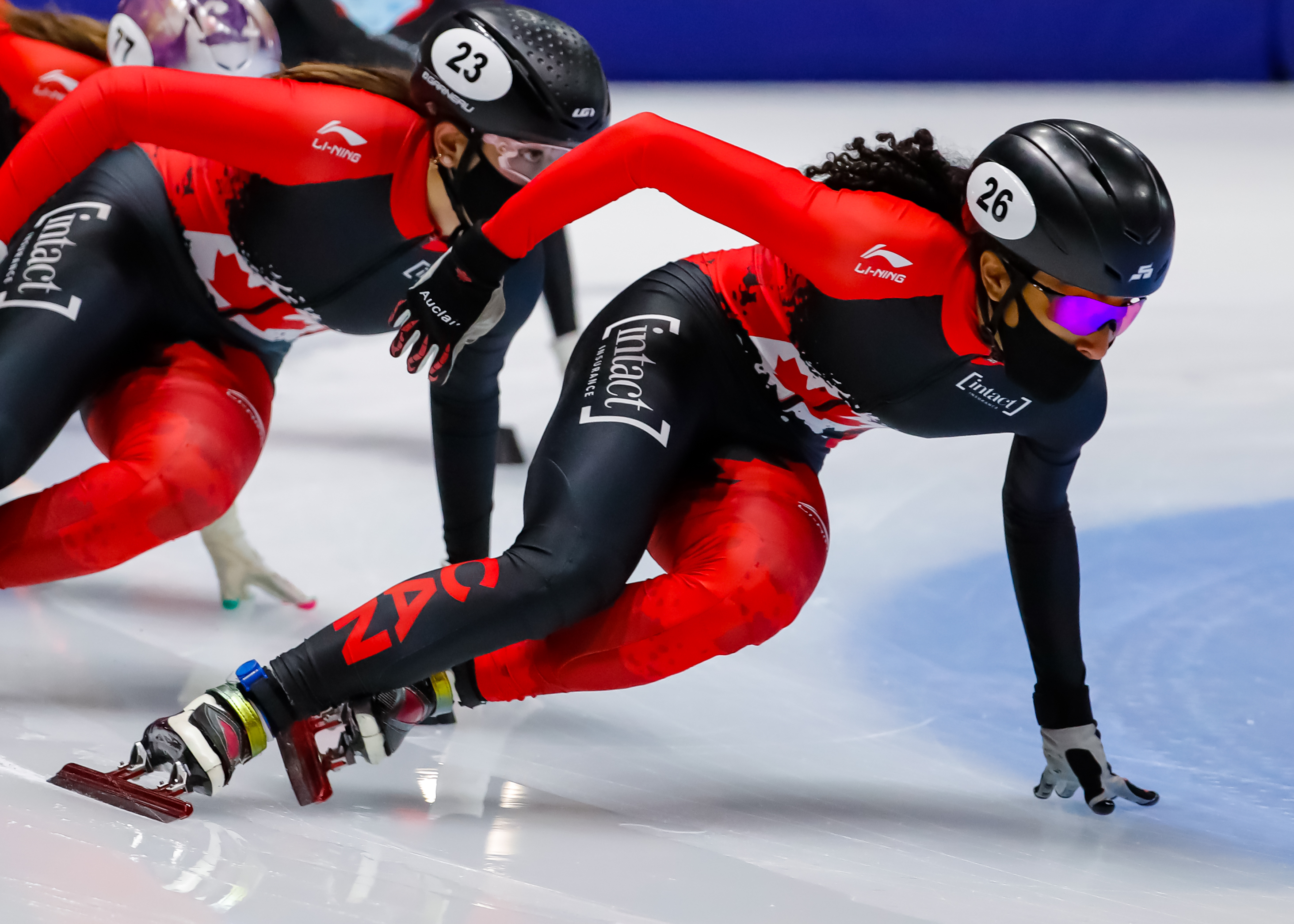 Finally, we were able to hit the ice again in August, but it didn’t last long. We quickly found ourselves in a second confinement, training at home once again. We were all in the same boat, but in the long run, it ends with repercussions on our performance. Personally, I spent a lot of time rediscovering the sensation of being on the ice, my feelings (as we call them!), especially at top speed, which was and remains a challenge for me still.

Despite all this, things started to fall back into place. Today, I consider myself extremely lucky to be able to continue practicing my sport, despite the pandemic that we’re still fighting through. Since our return to the arena, the opportunity I have to go there every day is something I certainly don’t take for granted. This year, which has been out of the ordinary, has rhymed to the tune of uncertainty, doubt and the unknown, but also with adaptation, creativity and resilience.

In February 2021, marking both Black History Month and one year out from Beijing 2022, it’s been a pleasure to be able to share with you some of my story. I continue to work towards my goal of reaching the Olympics on a daily basis and I sincerely hope to see you all there next year!

Alyson Charles is a short track speed skater and one of Canada’s brightest hopes for the Beijing 2022 Olympic Winter Games. In her first senior international season in 2018-19, she won four individual World Cup medals and has since been part of multiple relay medals, including a bronze at the 2019 World Championships. 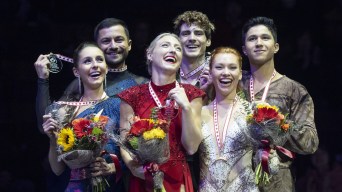