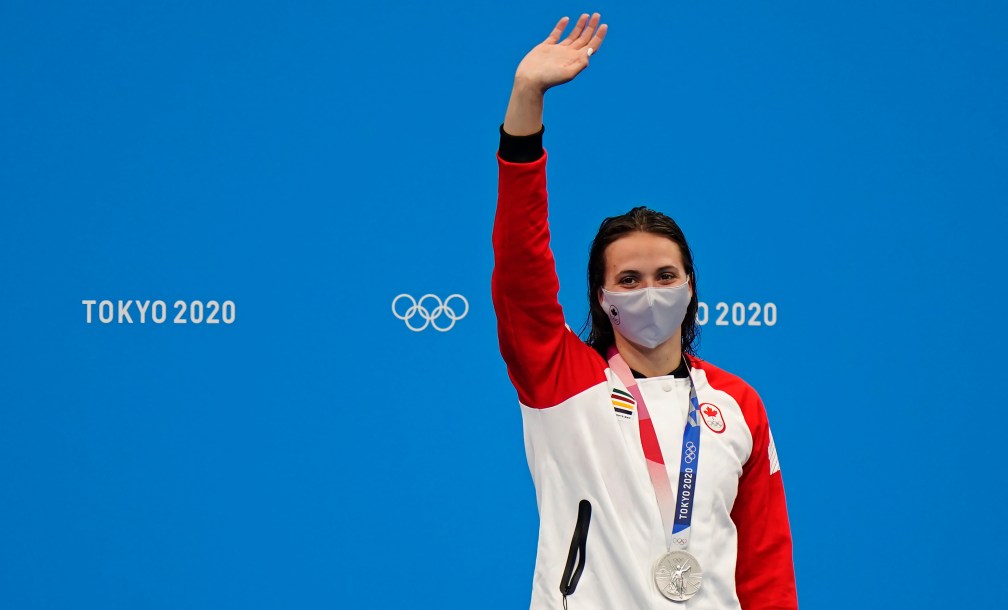 Masse picks perfect time to peak in the 200m backstroke

It’s not even Kylie Masse‘s favourite race, but she’s still heading home with an Olympic silver medal from it.

Masse took bronze in the 100m at Rio 2016, but didn’t qualify for the team in the 200m at those Games. Since then, she’s made a conscious effort to improve her performance at that distance.

“My 200’s come a long way,” she said after the final in Tokyo. “It’s something that’s taken years to get to here.

“I’m really happy with my progress and proud of being able to get on the podium tonight.”

READ: Masse proud of her medal ‘upgrade’ in Tokyo

She came out blazing in the 200m final at the Tokyo Aquatics Centre, leading from the start and through 150m. But Masse was passed in the final length by Australia’s Kaylee McKeown, who also squeaked past her for gold in the 100m.

After the race, she had high praise for McKeown and fellow Australian Emily Seebohm, who won the bronze.

“It’s really incredible to see what they’re doing down in Australia,” said Masse. “It definitely motivates me and keeps me inspired to get faster and faster myself.”

The Canadian is now the fourth woman to finish second in both the 100m and 200m backstroke at the same Olympics, and the first since American Whitney Hedgepeth at Atlanta 1996.

Still, Masse set a Canadian record with a time of 2:05.42 and became the fifth Canadian woman (after Elaine Tanner, Donna Gurr, Nancy Garapick and Hilary Caldwell) to win an Olympic medal in this event.

“I couldn’t ask for anything better than a personal best in an Olympic final,” she told the CBC shortly after the race.

The result is Canada’s fifth medal in the pool at Tokyo 2020, making this one of the country’s most successful Olympic Games in swimming. Much of that comes down to Masse and the years of work she’s put in to be where she is right now.

“It feels amazing,” she said. “I know I have high expectations for myself but I’m really happy to have gotten on the podium a second time at the Olympic Games. It’s really an honour.”