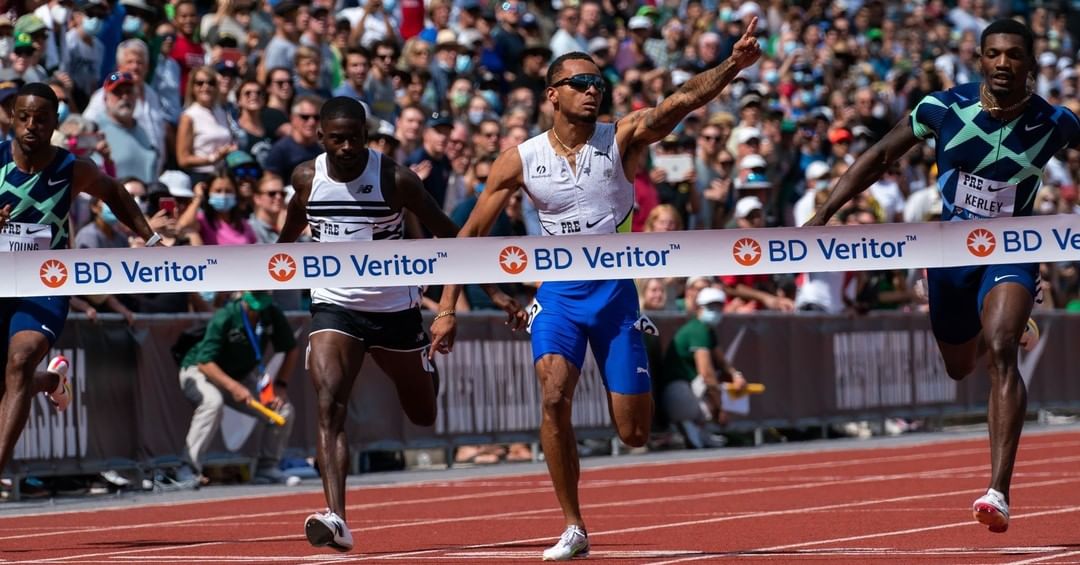 Team Canada was all over the podium at the Diamond League meet in Eugene, Oregon on Saturday as Andre De Grasse and Marco Arop won gold in the 100m and 800m events, respectively.

Coming off three medals at Tokyo 2020, including a bronze in the 100m, De Grasse looked to carry his momentum forward into that same event in Eugene. The star sprinter did just that, finishing in first with a time of 9.74s.

The 22-year-old showcased his powerful acceleration over the final 200m to beat out Tokyo 2020 gold and silver medallists Emmanuel Korir and Ferguson Rotich of Kenya.

“It’s the reason why I love running – the amount of support I’ve received over the years has been overwhelming,” Arop said after the race. “No matter how I perform, whether it’s a good or bad meet, they’re always there behind my back and that includes friends, family, and just all around Canadians. It’s a lovely feeling.”

Charles Philibert-Thiboutot also reached the podium for Canada, finishing third in the B race for the men’s mile run.

The Diamond League will continue next week on August 26 with a stop in Lausanne, Switzerland.