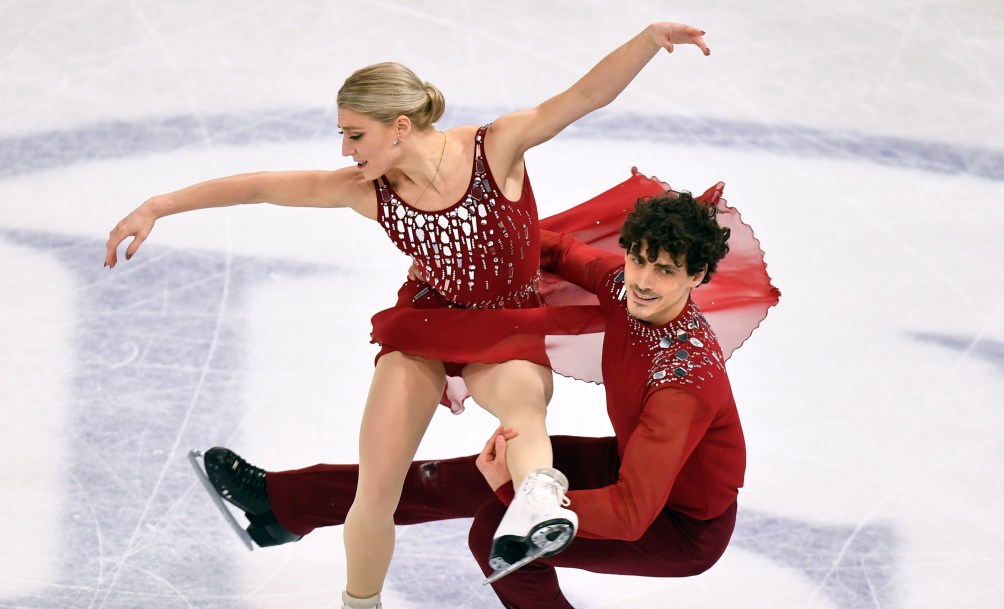 Canadian figure skaters kicked off the season with new debuts and two medals from the 2021 Autumn Classic International figure skating competition in Montreal.

Piper Gilles and Paul Poirier opened their international season strong, winning a gold medal in the ice dance competition. After the rhythm dance on Friday, the duo sat in first position with 83.35 points heading into the free dance on Saturday. Skating last to “The Long and Winding Road”, Gilles and Poirier posted 125.62 points to conclude the weekend with the victory and a total of 208.97 points.

‘’We’re very pleased with the way both programs went,’’ said Poirier. ‘’We didn’t try to force things or have that perfect skate. We just want to get everything sharper and we’re really excited to deliver such a strong showing and show that we keep improving.’’

Spain’s Olivia Smart and Adrian Diaz secured the silver medal (191.31) and the American pair of Caroline Green and Michael Parsons finished on the third step of the podium (188.43). Finishing just off the podium in fourth position was fellow Canadians Marjorie Lajoie and Zachary Lagha with 181.74 points overall.

On Friday in the pairs competition, Vanessa James and Eric Radford launched their new partnership, skating to a silver medal in the pairs event. Riku Miura and Ryuichi Kihara of Japan finished in top spot with 204.06 points followed by the new Canadian pair with 184.01. Ashley Cain-Gribble and Timothy Leduc of the U.S. rounded out the podium with 170.64.

The pair made their official international debut in Thursday’s short program skating to a song called “First Time”. While skating to Harry Styles on Friday, James and Radford opened their free skate with a solid triple twist and executed a clean throw triple Salchow. They were shaky on their side-by-side jumps with James falling once and stepping out of another.

With his former skating partner Meagan Duhamel, Radford is a two-time world champion and three-time Olympic medallist. Back in April the 36-year-old announced he was coming out of retirement to form a new partnership with Vanessa James. James is a European champion and world championship medallist who formerly competed for France.

Despite the second place finish for the new pair, Radford believes there’s still work to be done.

‘’We were hoping for better obviously,’’ said Radford. ‘’But there’s so much for us we have to keep in perspective, and we are finding out how to do this. We know we are going to have a clearer target at our next competition. We have a huge opportunity here and that’s how we are going to take this.’’

The new Canadian pair has as ultimate goal to win an Olympic medal at the upcoming Olympic Games in Beijing.

Also in competition, Deanna Stellato-Dudek and Maxime Deschamps missed a podium berth by less than one point finishing fourth with 169.91 points. Lori-Ann Matte and Thierry Ferland finished in seventh position.