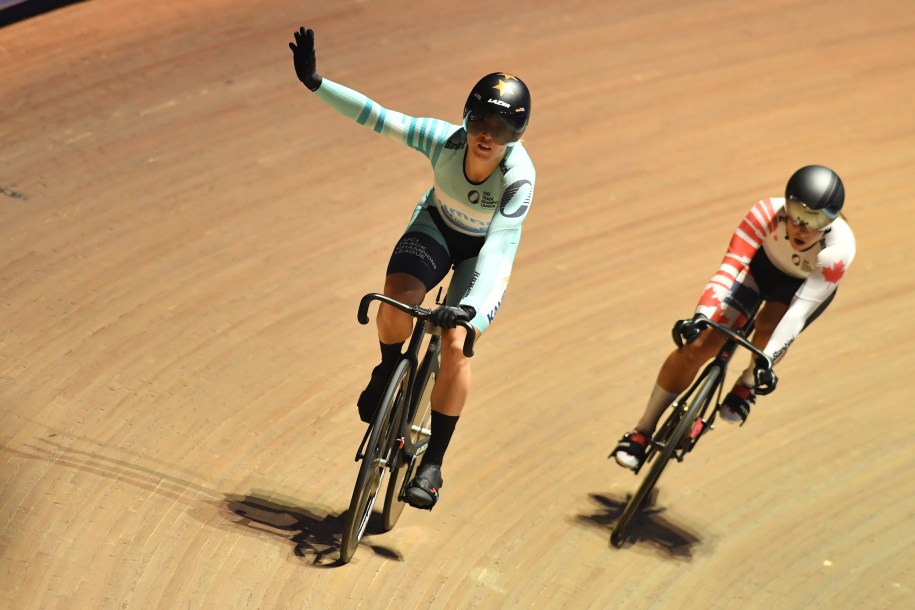 It was a busy and successful day for Team Canada at the UCI Track Champions League in Lithuania as three athletes landed on the podium.

Maggie Coles-Lyster got things started for Canada with a silver medal in the women’s scratch race. Kate Archibald of Great Britain took gold while Yumi Kajihara of Japan won bronze.

Lauriane Genest soon added to the Canadian medal count with a silver in the women’s sprint, finishing behind Emma Hinze of Germany.

Finally, Tokyo 2020 gold medallist Kelsey Mitchell topped off the day by taking bronze in the women’s keirin. Mitchell finished 0.140s behind the winner, Lea Friedrich of Germany. Hinze rounded out the podium with silver.

Both Mitchell and Coles-Lyster built upon their impressive starts to the Champions League season after previously capturing gold in the women’s keirin and scratch race, respectively, earlier this month.

READ: Mitchell and Coles-Lyster are victorious at the UCI Track Champions League in Spain

The third round of the UCI Track Champions League will be held on December 3 at the Lee Valley Velopark in London, England.