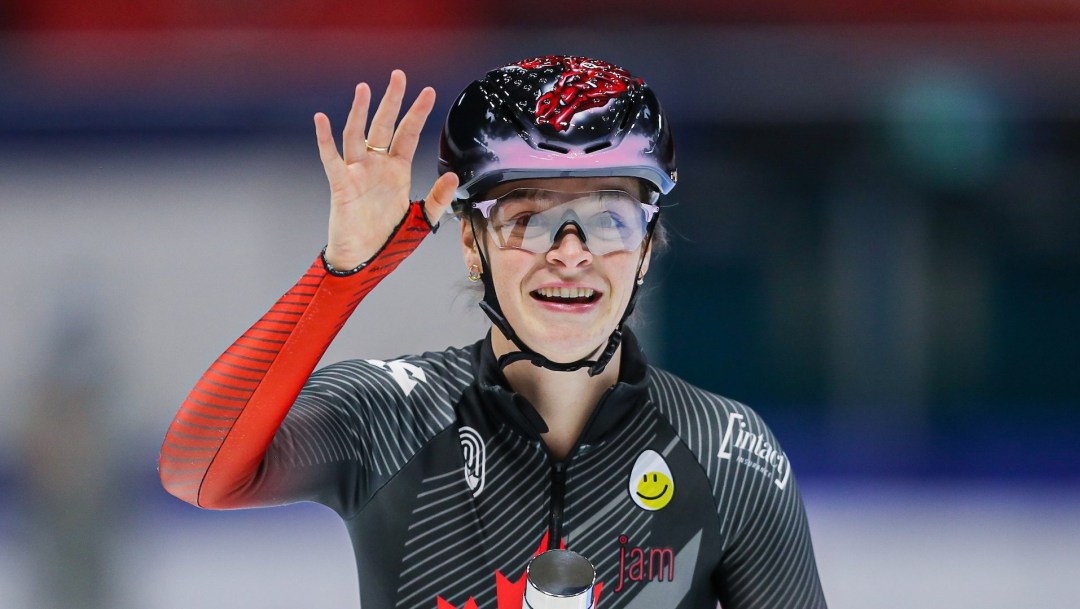 Kim Boutin is back on top after claiming gold at the ISU World Cup season finale in Dordrecht.

Boutin was poised for a strong showing after she posted the second-fastest 500m sprint time ever in the quarterfinals. Her time of 41.94 was just three one-thousandth of a second shy of her own World Record –  which she set in Salt Lake City in 2019.

Steven Dubois earned his first individual World Cup medal of the season in the 500m. He was outraced by China’s Wu Dajing 39.88, while Russia’s Konstantin Ivliev placed third.

“I would have liked to have won more medals this season for sure, but I’m really happy with the way I raced in the 500m,” Dion told Speed Skating Canada. “I knew I was capable of winning but having the result under my belt will give me a good boost for what is to come.”