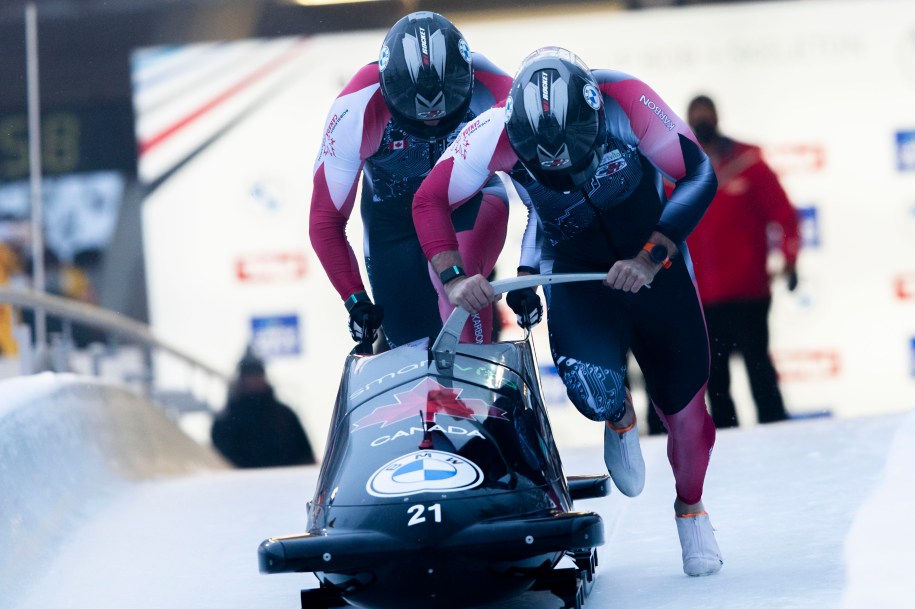 It was a memorable finale at the IBSF World Cup in St. Moritz, Switzerland as three Canadians earned podium positions in the overall standings after strong races on Saturday.

Justin Kripps and Cam Stones took home silver in the two-man bobsleigh after racing to a combined time of 2:11.95, resulting in a second place finish in the final World Cup standings.

For Kripps, the second-place finish allowed them to leapfrog Russia’s Gaitiukevich Rostislav in the overall standings. Rotislav – who came into Saturday with a slight lead over Kripps in the standings – finished just off of the podium with a combined time of 2:12.21.

The move was made during Kripps and Stones final run, as the pair finished with a time of 1:05.80 – the fastest time of the day and a new track record in St. Moritz – to move into second.

Saving the best for last; the silver is Kripps’ best result in the two-man this season.

Germany’s Friedrich won his eighth two-man race of the season (2:11.76) en route to gold in the overall standings, while Johannes Lochner – also of Germany – finished third (2:12.12).

In the women’s monobob, Cynthia Appiah capped off her breakout year with a bronze medal, giving her a third place finish in the overall standings.

With a combined run time of 2:23.22 in Saturday’s race, she finished just 0.04 seconds off of the U.S.’ Taylor Elana Meyers for second place. American Kailie Humphries slid to gold with a time of 2:22.27.

Saturday’s podium winners all qualified for a podium spot in the overall standings, with Meyers finishing first, and teammate Humphries finishing second. 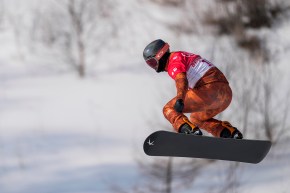 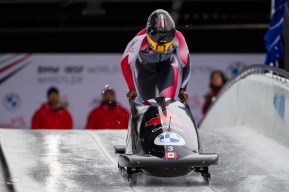 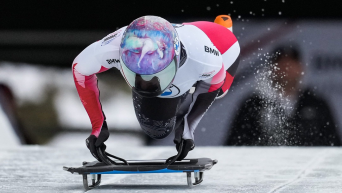