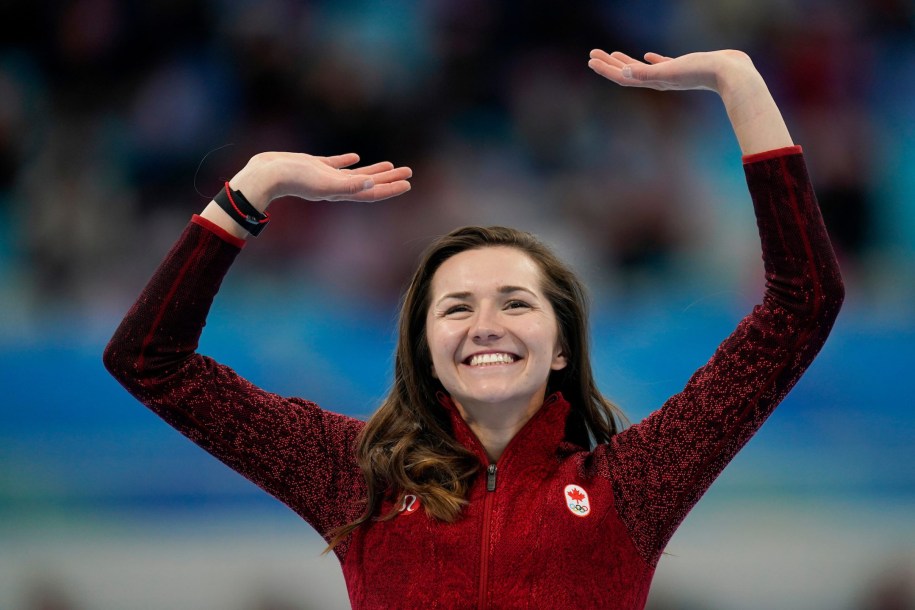 Isabelle Weidemann had a plan.

After getting to know the ice conditions of Beijing’s National Speed Skating Oval, the 26-year Olympian intended to stay steady in the first three or four laps of the women’s 3000m and then go hard in the final parts of the race.

Now Weidemann will have to come up with a different plan — a plan to safely bring an Olympic bronze medal back home with her.

“It was a hard race for sure, I’m happy with how it went,” Weidemann said shortly after earning Team Canada’s first medal of Beijing 2022.

“The training that we’ve done the past weeks we’ve seen the ice has been quite slow, it’s sticky. So I wanted to start a little slower to be able to fight the last few laps. Because I thought if you start to break, there’s no bringing the speed back. I wanted to stay steady the whole time.”

Weidemann was skating in the ninth of 10 pairings alongside Norway’s Ragne Wiklund. Weidemann trailed Wiklund in the early goings but built up momentum as the race went along. The Canadian crossed the line with a time of 3:58.64, which put her into first place at the time, guaranteeing a spot on the podium.

The skaters in the final pairing — Irene Schouten of the Netherlands and Italy’s Francesca Lollobrigida — both bested Weidemann with Schouten winning gold in an Olympic record time 3:56.93.

“I was nervous for sure,” Weidemann said about watching the final race. “But after I finished I knew that I had a medal. I was very overwhelmed, very emotional and very proud.”

Along with this being Canada’s first medal of the Games, this was also the first Olympic medal for Weidemann, who competed at PyeongChang 2018 where she finished seventh in the 3000m. She also raced in the 5000m four years ago, finishing sixth, and was part of the team pursuit squad that finished just off the podium, placing fourth.

Weidemann is set to compete in both the 5000m and team pursuit events in the coming days.

“I am excited to get the first one (first distance) out of the way. I was quite nervous for today. We have been here for a while now and I wanted to race for so long. I am happy and feel a little more at ease now. I am looking forward to the next few distances.”

While this was Weidemann’s first Olympic medal, the Calgarian is no stranger to the international podium. She came to Beijing sitting atop the ISU World Cup long distance standings and won silver in two of the three 3000m races held in the fall. She also came away with a silver medal in the only 5000m race.

It’s safe to say winning an Olympic medal has been in Weidemann’s plans for some time.

“I have a big family and so many friends and staff here, people that believed in me for so long. I am so happy to be bringing something back for them.”