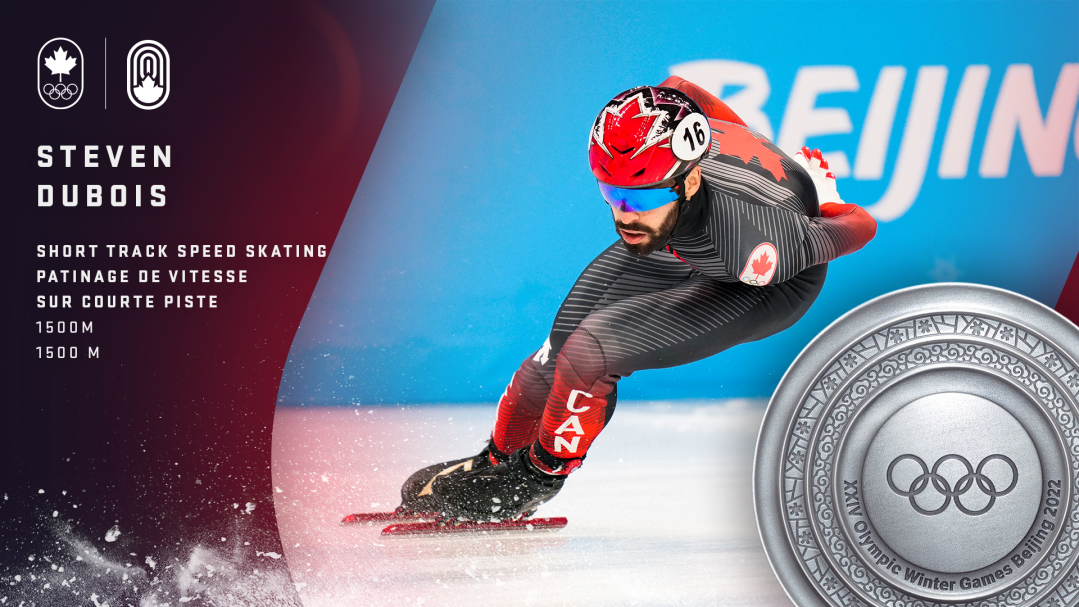 Steven Dubois came through the chaos of a 10-man final to win 1500m silver in short track speed skating at Beijing 2022.

Sitting at the back of the unusually large pack for the first few laps of the 13-and-a-half lap race, Dubois cleanly made his way up to sixth place by lap five and then made another move on the following lap to get into second just behind South Korean Hwang Daeheon. Dubois held onto that spot for the rest of the race and just edged out Semen Elistratov of ROC in a photo finish, by 0.013 of a second, for the silver medal.

Dubois was an alternate for the 2018 Olympic team. He just missed the podium in this event at the 2019 World Championships, placing fourth for his career-best result at the worlds, but has won three World Cup medals in the 1500m.

This is the third Olympic medal Canada has won in the men’s 1500m. Charles Hamelin won gold at Sochi 2014 after Marc Gagnon captured bronze 20 years ago at Salt Lake City 2002. Gagnon is now an assistant coach with the national team.