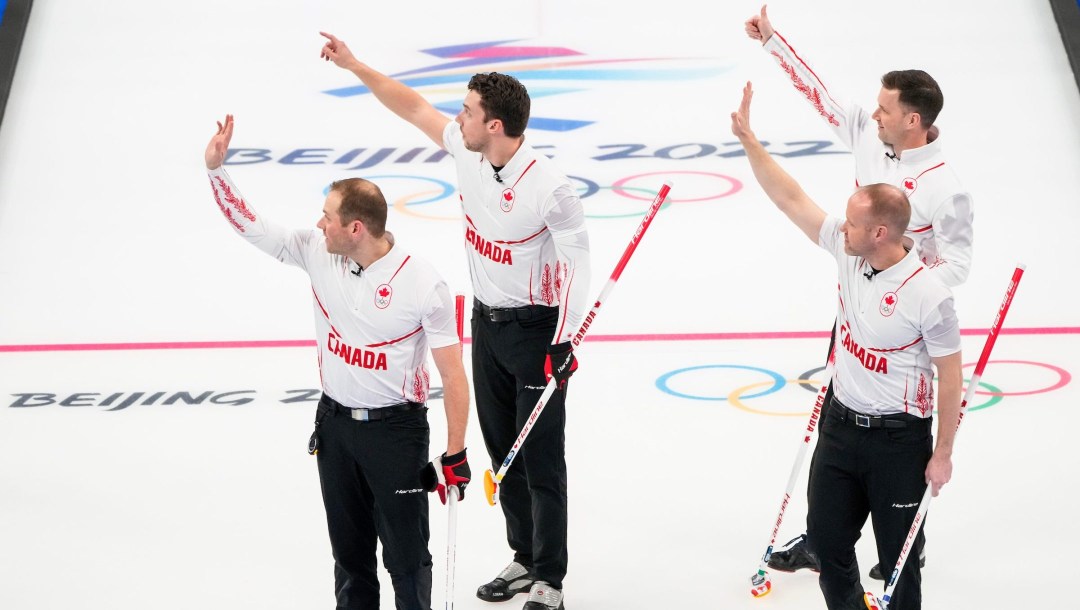 In a game dominated by technical decisions, stressful strategy and an array of difficult shots perfectly executed, the outcome of Canada versus Norway came down to a routine draw that Brad Gushue has executed a thousand times in his illustrious career.

The 2006 Olympic and 2017 World champion made it easily to give Canada a hard-fought 6-5 win over Steffen Walstad of Norway. It was Canada’s second straight win to open the men’s curling round robin at the 2022 Olympic Winter Games.

Both teams were sharp from the opening stone and after watching each other make difficult shots look easy in the first two ends, they settled into a game of cat-and-mouse, matching shot for shot that kept the score tight through to the final rock.

Gushue, third Mark Nichols, second Brett Gallant and lead Geoff Walker shot a collective 92 percent with Gushue leading the way at 99 (100 percent on his seven draws) and Walker at 91. Norway was an almost equally impressive 87 per cent.

“Brad played unbelievable, he’s the reason we won that one,” Nichols said of his red-hot shooting skip. “They played well … we had to make a lot of good (shots).”

Playing on ideal ice in Beijing’s Ice Cube, the teams engaged in a back-and-forth battle that was never separated by more than two points on the scoreboard. And neither team held a lead for more than one end.

Gushue made a great draw to the side of the button to get Canada’s two in the first. Third Torger Nergård, a member of Norway’s 2002 Olympic championship team, executed an angle raise takeout followed by an ideal hit and roll to set up Norway’s deuce in two.

Canada blanked the third before the teams took turns forcing each other to take singles they didn’t want with the hammer.

The game took a turn in Canada’s favour in the seventh when Walstad surprisingly played an end that allowed Gushue to blank and keep the hammer for even ends. That proved valuable in the final end when Gushue used the last rock to score the winning point.

“They played really well against us,” said Gushue. “I think they made one strategic mistake in the seventh end when they allowed us to blank and control the eighth and 10th ends. And we did a good job of that.”

Canada got two in the eighth when strong sweeping by Gallant and Walker saved Gushue’s last-rock soft tap back. The veteran-laded Norwegian foursome countered with two in the ninth on Walstad’s razor thin runback with his first stone and angled raise takeout with his second.

“Things got a little scary in nine with them making those two incredible shots,” said Gushue. “But we applied pressure on them and he came through.”

Canada won it’s first game 10-5 over Denmark and will play a tough Peter de Cruz of Switzerland in its next game.